The first cruise ship in the world to test a small hydrogen fuel system at sea has been delivered at Fincantieri shipyard in Italy. 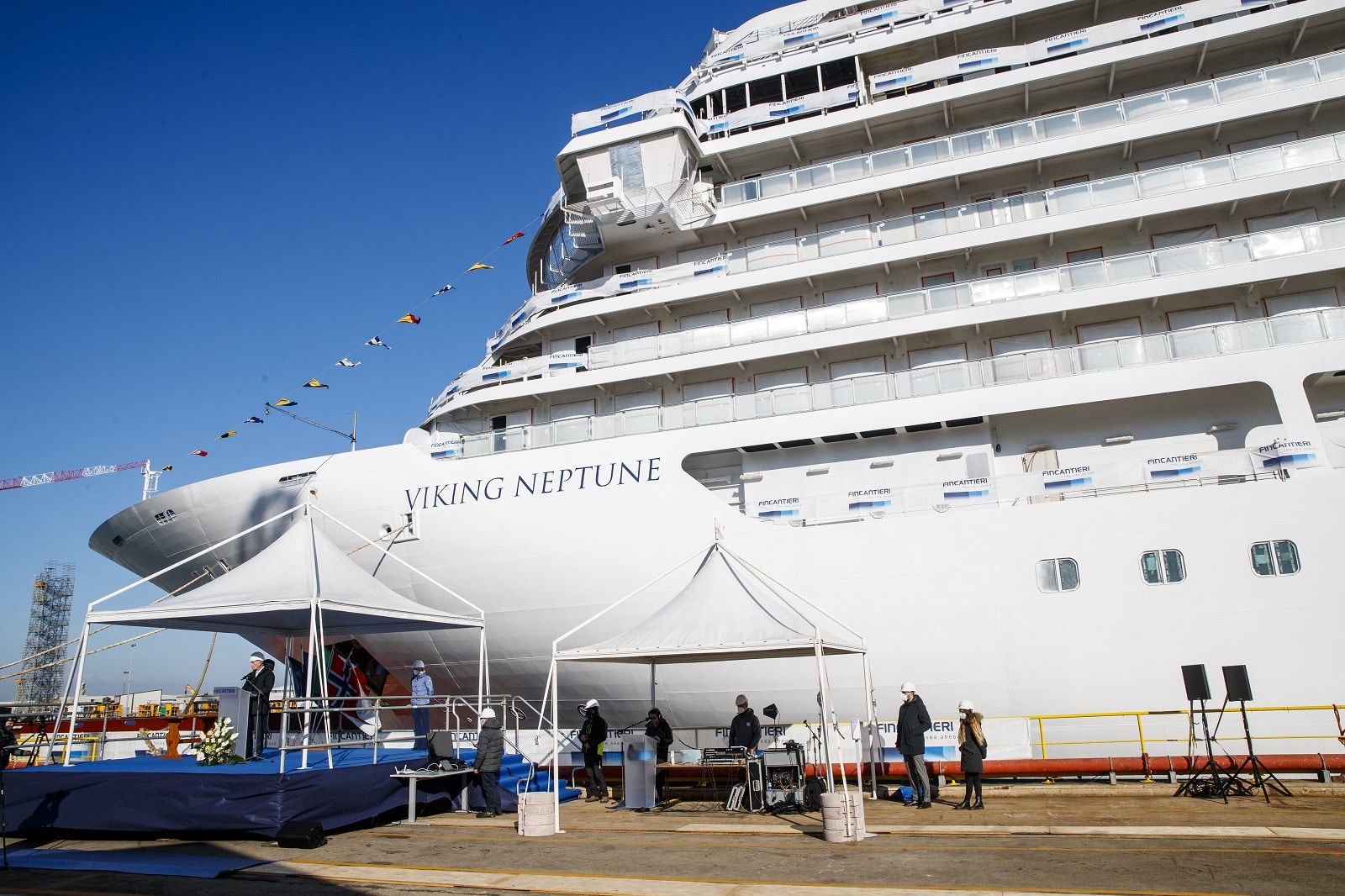 The Viking Neptune was delivered to Viking on November 10th.  Although similar in every way to other Viking ocean ships, this vessel is employing something very different that could help shape the way operations are powered on cruise ships.

The small hydrogen fuel cell on Viking Neptune has a nominal power of 100 kW and is being used as a test to see how hydrogen fuel can be used at a greater scale going forward.

“We are especially proud to welcome this newest sister ship to our ocean fleet, as it also marks a significant advancement in testing hydrogen as a future fuel for our vessels,” said Torstein Hagen, Chairman of Viking. “We look forward to welcoming guests on board the Viking Neptune next week. She is the 15th new ship we have added to our overall fleet this year, another significant milestone as we continue the celebration of our 25th anniversary.”

The new ship will be the 8th ocean ship added to the fleet, the previous being Viking Mars.

Initially, the 47,800 gross ton ship will sail itineraries in the Mediterranean.  But then Neptune will sail on Viking’s World Cruise itinerary, sailing from Fort Lauderdale to London on a 138 day journey.

Slight changes had to be made to Viking Neptune compared to previous ocean ships with the line in order to accommodate space for the hydrogen fuel tank.

This initial step in using hydrogen fuel is one step closer to employing a hydrogen-based generation system with a total of approximately 6-7 MW of power in future setups.

Viking’s 9th ocean ship, Viking Saturn, is the next scheduled to join the fleet in early 2023, and will spend her inaugural season sailing three new Scandinavian and Nordic itineraries.

J. Souza
Jon got hooked on cruising after his first cruise on his honeymoon, and today he is always looking for cruise deals and reading information about the cruise industry. Jon lives in the foothills of North Carolina and wishes there were a cruise port that far inland. Jon can be reached at [email protected]
Cruise NewsViking Takes Delivery of Newest Ocean Ship, Fitted with Hydrogen Fuel Cell
Previous article
Cruise Ships with Best Crew to Passenger Ratio: Major Cruise Lines Compared
Next article
MSC Cruises’ Largest Cruise Ship Makes Debut