Tragedy stuck in Alaska yesterday when five cruise ship passengers were killed in a float plane accident while on an independent tour in Alaska.

The passengers were sailing on Holland America Line’s Nieuw Amsterdam. The cruise ship is sailing a week long cruise to Alaska and was visiting Ketchikan at the time of the accident. The cruise line posted the following statement on Twitter:

We can confirm that a float plane carrying five guests from Nieuw Amsterdam was involved in an accident in Ketchikan, and there are no survivors. It was an independent tour not sold by Holland America Line. Our thoughts and prayers are with the family and friends of the victims.

The floatplane was visiting Misty Fjords National Monument when its emergency beacon was activated. Three hours later, the Coast Guard found the wreckage and all six on board including the pilot were killed.

Southeast Aviation LLC, owners of the plane, released the following statement: “Our hearts are shattered at the loss of six people today. We are thinking of and grieving with the families of the five passengers and our dear friend and pilot aboard the aircraft. We are cooperating with the first responders and agencies involved, including the U.S. Coast Guard, National Transportation Safety Board and Alaska State Troopers.”

It is unknown at this time what caused the accident.

Princess Cruises Adding New Perk to Their Best Sale Ever 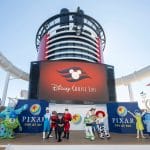 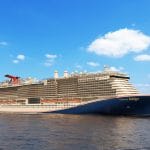 Ben Souza - January 25, 2022
The first cruises on Carnival Cruise Line's new ship that will debut in 2023, Carnival Jubilee, have opened for bookings.  The cruise line also...