The world’s newest cruise ship, MSC Seascape, arrived in the U.S. and the vessel will be christened this week in New York City.  After the cruise ship is named, it will head to the Cruise Capital of the World, PortMiami, and sail week long cruises to the Caribbean. 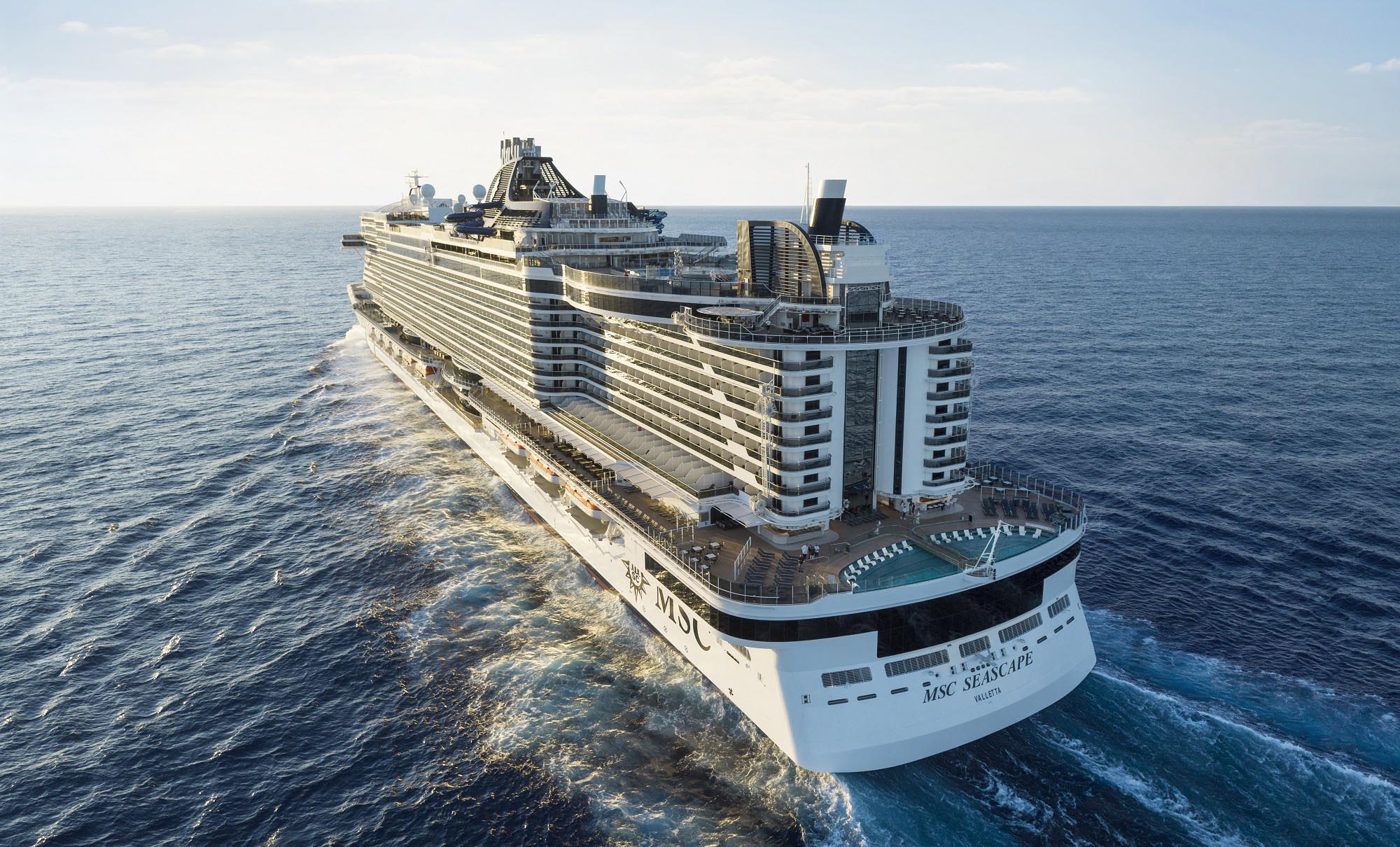 MSC Seascape is one of the largest cruise ships ever to dock in Manhattan, at more than 170,000 gross tons with a capacity of 5,877 guests. She is also one of the more environmentally advanced cruise ships at sea, featuring a wide range of latest generation environmental technologies and solutions.

The cruise ship is in New York for a traditional maritime Naming Ceremony, which will take place on Wednesday evening and include wishes of good luck for her many future sailings from Hollywood legend and celebrated Godmother of the MSC Cruises fleet Sophia Loren. The ceremony will conclude with the customary breaking of a bottle of champagne against her hull.

Rubén A. Rodríguez, President, MSC Cruises USA, said: “We have ambitious growth plans in the U.S. and New York City plays a critical role in that expansion. We already host a large number of guests from the tri-state area on our ships sailing from Florida and around the world, and we are excitedto bring a modern and glamorous ship like MSC Meraviglia to New York next year to give cruisers a wide choice of itineraries, whether they’re looking for sunny Caribbean skies or Canada’s beautiful autumns. Having the brand new MSC Seascape here this week is our way of celebrating a fantastic future of cruising for New York City.”

MSC Seascape will depart New York on Thursday en route to Miami, where she will offer two different week long cruises for her inaugural season in the Caribbean:

MSC Cruises is the world’s third largest and the fastest growing cruise line its fleet of 21 modern and highly innovative cruise ships is deployed globally and calls at more than 150 destinations across 70 different countries and five continents.