If you are looking into booking a cruise and are currently deciding which cruise to choose, here are 12 reasons why you should take a cruise to Hawaii on Norwegian Cruise Line’s Pride of America. 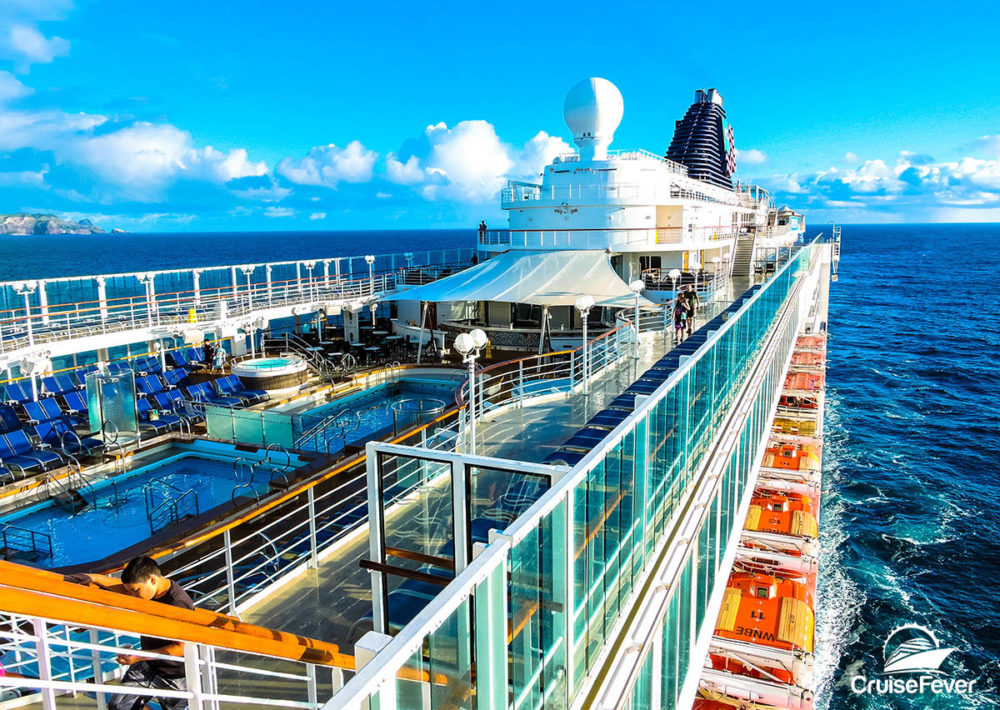 100 Hours in Port – Cruises on Pride of America offer an unprecedented 100 hours in port during the seven night cruise, including 34 hours on Maui. Isn’t that the reason you go to Hawaii, to spend time on the islands? There are overnight ports on Maui and Kaua’i so you can enjoy the ports without having to worry about rushing back in time for sailaway. No other cruise ship spends anywhere near 100 hours in port while in Hawaii.

Start/End in Honolulu – Pride of America is the only U.S. flagged ocean cruise ship in the world. Because of this, its the only cruise that starts and ends in Honolulu.  By starting and ending in Honolulu, you can spend extra time before and after your cruise exploring and visiting Pearl Harbor, Diamond Head, the world famous neighborhood Waikiki, and the Honolulu Zoo.

Entertainment – Norwegian doesn’t just take you to Hawaii, but they bring Hawaii on board the ship. One night, an ‘Ohana (family) came on board from the local islands for an amazing Aloha Polynesia show in the theater.  There were also hula classes, lei making classes, and port/history talks about Hawaii.  The cruise director and port guide are also from Hawaii which helps to give you the complete Hawaii experience on Pride of America.

Dining Options – There are a ridiculous amount of dining options on Pride of America.  For dinner, you can choose between 10 different restaurants (4 complimentary).  Our favorites?  Liberty Main Dining Room, Cagney’s Steakhouse, and Moderno Churrascaria.

Ship – The decor on Pride of America oozes with Americana from the Capital Atrium, John Adams Coffee Bar, Cadillac Diner, to the Liberty Dining Room. The Colonial style staircase in the atrium gives the cruise ship a look unlike any other. Take a 360 Photo Tour of Pride of America

Staff – Pride of America has one of the friendliest staff on board any ship that I have been on.  From embarkation to disembarkation, the staff always went the extra mile to make sure that everything was perfect. I can’t say enough good things about them.

Freestyle Cruising – Eat when you want, where you want on Pride of America.  With no set dinner times and a relaxed dress code (no formal nights), Freestyle Cruising is the perfect compliment to a laid back cruise around the Hawaiian Islands.

Na Pali Coast – One of the highlights of my cruise on Pride of America was the last afternoon and the scenic cruise by the Na Pali Coast.  It was absolutely breathtaking highlighted by the brightest rainbow I’ve ever seen.

Shops Open in Port – Since the ship only sails in American waters, the shops are always open during the day.

Easy Disembarkation – Since there is no need to go through customs, getting off the ship is a total breeze.  You will go from ship to curb in 5 minutes, easiest disembarkation ever.

Ship Recently Refurbished – Pride of America received a major enhancement last spring during a three and a half week dry dock. You would never know that the ship is 10 years old, the public areas are spotless and it’s like being on a brand new cruise ship.

Bonus Reason – We were treated to a spectacular surprise one evening after leaving Hilo as we sailed by lava from one of the world’s most active volcanoes flowing into the ocean.  The lava had just begun flowing into the Pacific Ocean a few weeks earlier from Kilauea on the Big Island. Hopefully the lava will continue to flow for future cruises.

Listen to a review of my cruise on Cruise Radio in the widget below:

Ben Souza
Ben is a world traveler who has visited 40+ countries and taken over 70 cruises. His writings have appeared and been cited in various media outlets such as Yahoo News, MSN, NPR, Drudge Report, CNN, Fox, and ABC News. Ben currently resides in Cincinnati, Ohio. Follow Ben on Instagram. Visit Ben Souza on Linkedin. You may email Ben at [email protected]
Opinion12 Reasons to Take a Cruise to Hawaii on Norwegian's Pride of...
Previous article
You’ll Need a Passport to Fly in 2018 If You Live in 1 of 9 States
Next article
Carrie Underwood Thrills Fans on Carnival Cruise Ship