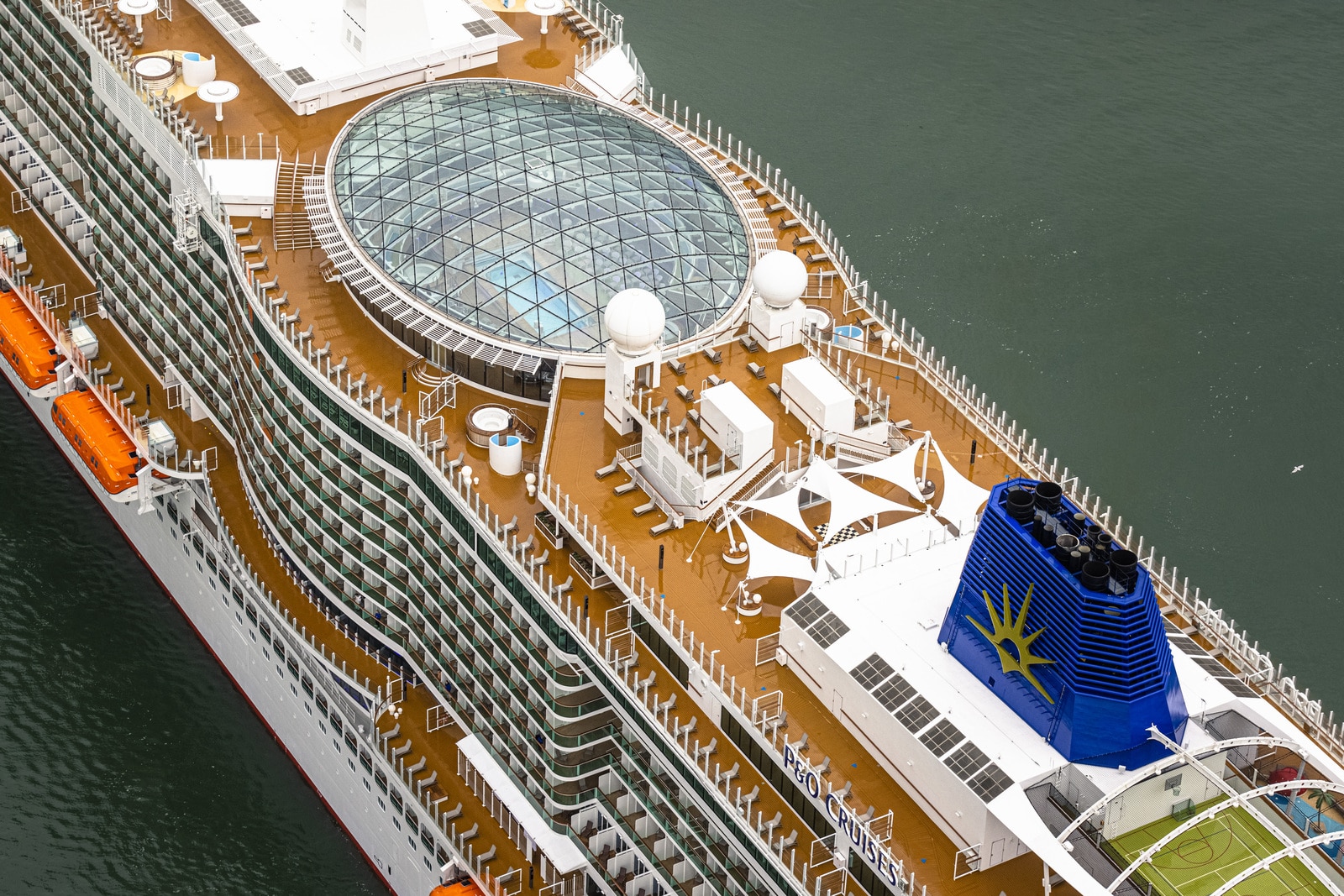 Britain’s largest and most environmentally-friendly cruise ship, P&O Cruises Iona, was officially named in a very contemporary ceremony with a record-breaking virtual audience.

Iona, powered by liquefied natural gas, ground-breaking for the UK cruise industry and one of the cleanest fuels in the world, arrived for the first time into her home port of Southampton this morning ahead of tonight’s official naming ceremony.

The ship was officially named by Dame Irene Hays, chair of Hays Travel, Britain’s largest independent travel agency, in a glittering quayside ceremony by the bow of the ship.

The event, held at sunset, was hosted by Jo Whiley and broadcast to a “virtual” audience of 25,000 guests. The highlight of the show was a rousing set from Iona’s music director Gary Barlow performing two iconic Take That hits “Greatest Day and “Rule the World” against the backdrop of a spectacular laser show.

Viking named its newest ocean ship, Viking Venus, with a celebration at sea in the English Channel as the cruise ship set sail for her inaugural voyage.

As part of the intimate event, the cruise ship’s ceremonial godmother, revered British journalist and broadcaster Anne Diamond, offered a blessing of good fortune and safe sailing for the ship—a naval tradition that dates back thousands of years.

In addition to commemorating Viking Venus as the company’s newest ocean ship, the event was also an important milestone as Viking returns to service following 14 months of paused operations.

On Saturday May 22, guests will embark Viking Venus in Portsmouth for the first of five roundtrip sailings of the England’s Scenic Shores itinerary in May and June. Part of Viking’s Welcome Back collection, the eight-day voyages also call in Liverpool, the Isles of Scilly, Falmouth and Portland.

Anne Diamond will also join guests for the first three sailings of England’s Scenic Shores and will serve as a guest lecturer with her presentation about the untold story of British radar inventors, including her father, during World War II. Anne’s presentation will also be featured on Viking.TV in the future. Following her time in England, Viking Venus will then sail to Malta, where she will homeport for new Welcome Back voyages in the Mediterranean this summer and fall.