Royal Caribbean Hints at Their Next Cruise Ship Transformation

Royal Caribbean is in the early stages of spending nearly a billion dollars in modernizing 10 of their cruise ships.  With two ships already completed, the cruise line hinted at the next cruise ship getting upgraded, Navigator of the Seas. 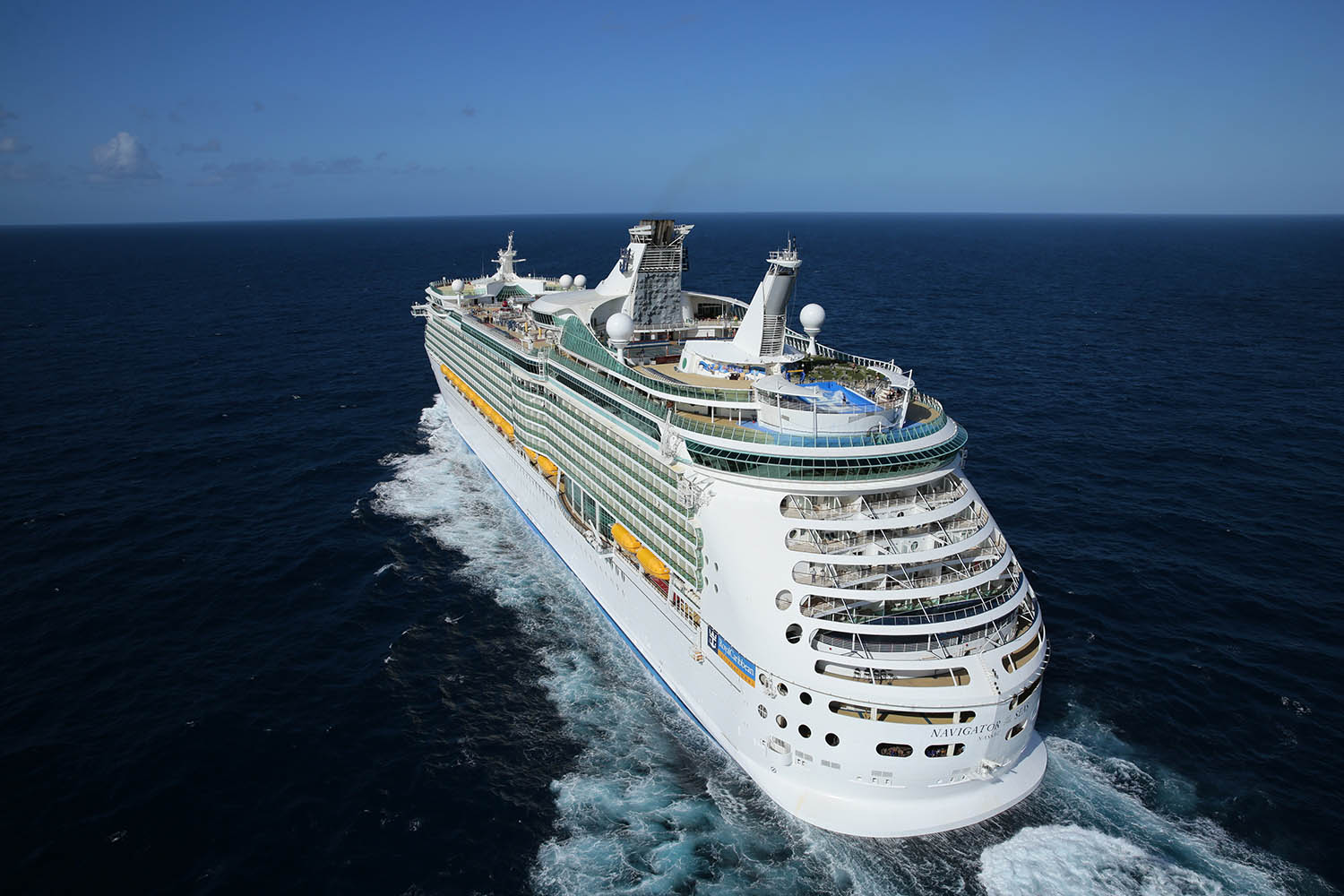 Navigator of the Seas will spend approximately seven weeks in dry dock in January and February 2019.  The ship will be Royal Amplified and receive a ton of new features and attractions.  While Royal Caribbean has yet to give specifics on the new features being added to the cruise ship during the extensive dry dock, they posted they following teaser video showing waterslides and laser tag:

With Royal Amplified, outside decks will be reimagined for thrill seekers to discover everything they want under the sun and beneath the stars. From pools specifically designed for family fun and relaxing spa-like environments, to lively activities day and night, more specialized pool spaces will catering to diverse preferences. Upper decks will be amped up and evolved with exciting new attractions and first-of-its-kind thrills such as Sky Pad, a virtual reality, bungee trampoline experience along with waterslides, and waterparks.

Independence of the Seas and Mariner of the Seas were the first two cruise ships from Royal Caribbean to receive the Royal Amplified upgrades. Both ships are sister ships to Navigator of the Seas.

New features added to those cruise ships includes Sky Pad, Battle for Planet Z, a glow-in-the-dark laser tag experience; The Perfect Storm trio of waterslides and a new Escape Room: The Observatorium challenge, where competitors can solve a series of high-tech riddles to unravel a mystery.

Not to mention the addition of new dining venues, from Fish and Ships – a seaside seafood spot with freshly battered fish and chips and other guest favorites – to Playmakers Sports Bar & Arcade, Izumi Hibachi and Sushi and Sugar Beach.

Once out of dry dock, Navigator of the Seas will sail three to nine night cruises to the Caribbean and Bahamas from the Cruise Capital of the World, PortMiami.

Ben Souza
Ben is a world traveler who has visited 42 countries and taken over 50 cruises. His writings have appeared and been cited in various media outlets such as Yahoo News, MSN, NPR, Drudge Report, CNN, Fox, and ABC News. Ben currently resides in Cincinnati, Ohio. Follow Ben on Instagram. Visit Ben Souza on Linkedin. You may email Ben at [email protected]
Cruise News Royal Caribbean Hints at Their Next Cruise Ship Transformation
Previous articleNorwegian Cruise Line Opens 2020 Itineraries on 11 Cruise Ships for Bookings
Next articleNew Cruise Ports Coming to the Caribbean/Bahamas