Tired of visiting the same Caribbean cruise ports over and over again on cruises? There are not only several new cruise ports opening in the Caribbean and Bahamas over the next few years, but there are also several proposed ports where cruise lines are currently in negotiations with local governments. 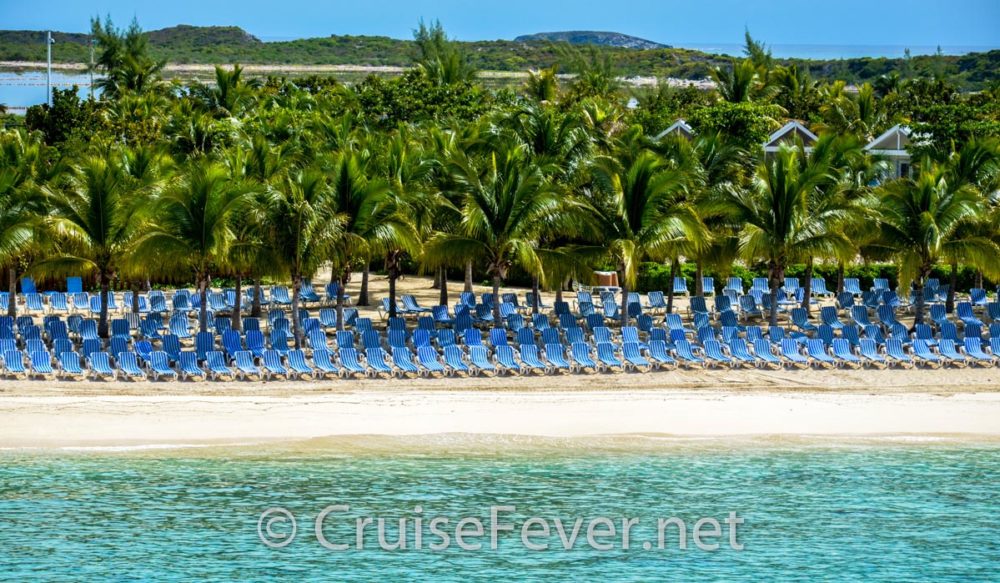 Over the past few years, the cruise industry has seen new ports open in the Caribbean including the recently opened Harvest Caye in Belize, the newest cruise port in the Caribbean.  Here is a rundown of new cruise ports in the Caribbean, Bahamas, and Pacific Coast that are currently under construction, have been proposed by a cruise line, and proposed ports that are likely not to be built.

Ocean Cay – Two years ago, MSC Cruises announced the largest ever island development by any cruise line. The cruise line purchased an 85 acre island in the Bahamas that will be transformed into the only marine reserve island experience for cruise passengers. The island will also have a dock so there will be no need for tendering.

This $200 million project will convert Ocean Cay into one of the best private cruise destinations in the Bahamas and Caribbean. The island will have six different beaches, an exclusive spa and wellness sanctuary for MSC Yacht guests, an inland lagoon for absolute tranquility, and a pavilion for weddings and celebrations.  The island was originally scheduled to open in December 2017.  The opening date has been pushed back to the Fall of 2019.

New Ports That Have Been Announced

Bahamian Carnival Port – Carnival Cruise Line has a signed an agreement to build a private port on Grand Bahama, the same island where Freeport is located. Carnival Cruise Line currently does not have their own private island in the Bahamas, although many of their ships stop at Holland America Line’s Half Moon Cay (owned by parent company Carnival Corporation).

This $200 million cruise port will take two years to complete and will have a mile long stretch of beach, food, and shopping outlets.  Cruise Fever first reported on Carnival being interested in opening a new cruise port near Freeport back in August 2015.

It is no secret that Freeport is one of the least desirable cruise ports in the Bahamas and Caribbean.  Carnival CEO Arnold Donald said that the new port will “further contribute to the prosperity of the people of The Bahamas through providing experiences that continue to exceed our guests’ expectations”. There is currently no timeline on when this new port will open.

Isla del Tigre (Tiger Island) – Within a year or two, officials in Honduras expect a new port to open on the Pacific side of the Central American country. The Honduras Tourist Board has stated that one of the two most important goals of the minister of tourism is to develop the cruise sector.

Six million dollars has already been secured to start development on this new port in Amapala. The port on Isla Del Tigre is located just off of the Pacific Coast of Honduras and with a naturally deep channel, cruise ships will be able to dock right at the port. Amapala will be the fourth cruise port in Honduras joining Roatan, Trujillo, and Puerto Cortés.

Lighthouse Point – Disney Cruise Line is looking into building a second port in the Bahamas.  The cruise line made a presentation earlier this month to the BCCEC for a cruise destination to be built at Lighthouse Point, Eleuthera.

Lighthouse Point is a 700 acre peninsula at the southern tip of Eleuthera. Princess Cays, Princess Cruises’ private port, is located on the west side of the Eleuthera.  With Disney having another three cruise ships on order, they are looking for another private port for their guests to compliment their first island in the Bahamas, Castaway Cay.

Tortuga – Tortuga, once a haven for pirates in the 1600-1700s, was talked about for a tropical destination for cruise ships. Carnival Corp. was planning a $70 million project on the island that is located off of the northern coast of Haiti. A letter of memorandum of understanding was signed that will be the largest cruise investment ever made in Haiti. This was first announced in August 2014 but few details have been released since then.

Carnival said in the past that they expected the island to be a popular choice among cruisers that would offer guests a secluded slice of paradise. This is not the first time that Carnival Corp. has invested millions in a cruise port. They have also built cruise facilities in the popular ports of Grand Turk, Amber Cove, Mahogany Bay, and Half Moon Cay, Bahamas.

How soon will cruise ships begin calling on the island of Tortuga? Carnival has yet to announce a date for the start/completion of the project and there have been reports that the agreement with the Haitian government could be derailed over a 99 year lease already in place.  It has been several years since any news about Tortuga has come forward so the project is most likely dead.