Norwegian Cruise Line has announced their cruise itineraries for the Summer of 2020 that include their highly anticipated new cruise ship, Norwegian Encore, sailing from New York .  Highlights include: 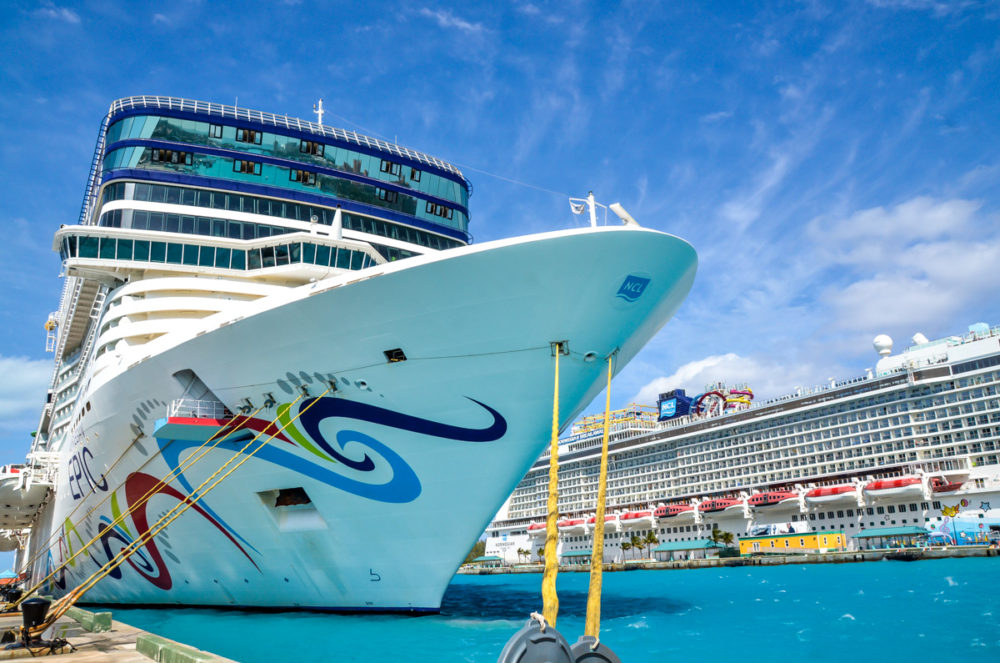 Norwegian Cruise Line, the innovator in cruise travel, today opened for sale summer 2020 itineraries for 11 of its 17 cruise ships, including upcoming voyages for Norwegian Encore, the company’s highly anticipated ship setting sail in 2019. The cruise line also opened summer 2021 through spring 2022 sailings on its Pride of America ship for Hawaii cruises.

With voyages to the most popular destinations in the world, the summer 2020 schedule includes three ships cruising to Alaska, four ships voyaging in Europe and two sailing to Bermuda from New York City and Boston, including Norwegian Encore, which begins sailing from the city that never sleeps on April 22, 2020.

Rounding out the Alaskan fleet, beginning May 11, Norwegian Jewel returns to Vancouver, British Columbia and Seward, Alaska to sail her incredibly popular seven-day Glacier Bay Northbound and Inside Passage itineraries.

Norwegian Escape will make her European debut on May 29 offering nine-day cruises to the Baltic region from Copenhagen, Denmark with calls to Warnemünde, Germany; Tallinn, Estonia, Helsinki, Finland; Stockholm (Nynashamn), Sweden and an overnight in Saint Petersburg, Russia. Norwegian Escape will be one of the newest and largest Norwegian ships to homeport in Europe offering guests flexibility and choice with over 27 dining options, 21 bars and lounges, Broadway-style entertainment and more.

For the first time, beginning May 15, Norwegian Dawn will cruise from Europe offering seven-to-eleven-day sailings to the Greek Isles from Venice, Italy. From May 8, Norwegian Getaway will offer ten-and-eleven-day cruises to the Greek Isles and Italy from Rome (Civitavecchia), Italy. Both Norwegian Dawn and Norwegian Getaway will visit Kotor, Montenegro; Dubrovnik, Croatia; Corfu, Santorini and Mykonos, Greece, among other Mediterranean cities. Norwegian Epic’s European summer 2020 itineraries will open for sale on October 16, 2018.

Beginning April 23, Norwegian Breakaway returns to Miami with a selection of five-and-seven-day cruises to the Western Caribbean visiting Roatan and Bay Islands, Honduras; Cozumel and Costa Maya, Mexico; and the resort-style island destination of Harvest Caye in Southern Belize. She will also sail a variety of three-and-four-day cruises to the Bahamas calling to Nassau and Great Stirrup Cay, Norwegian’s private island.

As of May 23, for the first time, Norwegian Pearl will homeport in New York City offering select seven, ten and eleven-day cruises to Canada and New England with calls to Halifax, Nova Scotia; Saint John, New Brunswick; Bar Harbor and Portland, Maine; and Newport, Rhode Island. She will also offer seven-day voyages to Bahamas and Florida with visits to Port Canaveral, Florida; Nassau and Norwegian’s private island paradise, Great Stirrup Cay in the Bahamas, which will have recently undergone enhancements as part of Norwegian Edge®, the company’s commitment to elevating the standard of excellence across its fleet and resort-style destinations.

Pride of America will continue cruising her seven-day inter-island itinerary that offers nearly 100 hours of port time in Hawaii’s main islands, including calls in Hilo, Kona, and overnight stays in Kahului, Maui and Nãwiliwili, Kauai with an afternoon cruising past the breathtaking Nãpali Coast. Norwegian’s Pride of America will depart from Honolulu every Saturday beginning May 1, 2021 through April 2022.