Carnival Cruise Line created the largest hamburger at sea, a massive 300 pound Guy’s Burger aboard one of their cruise ships. 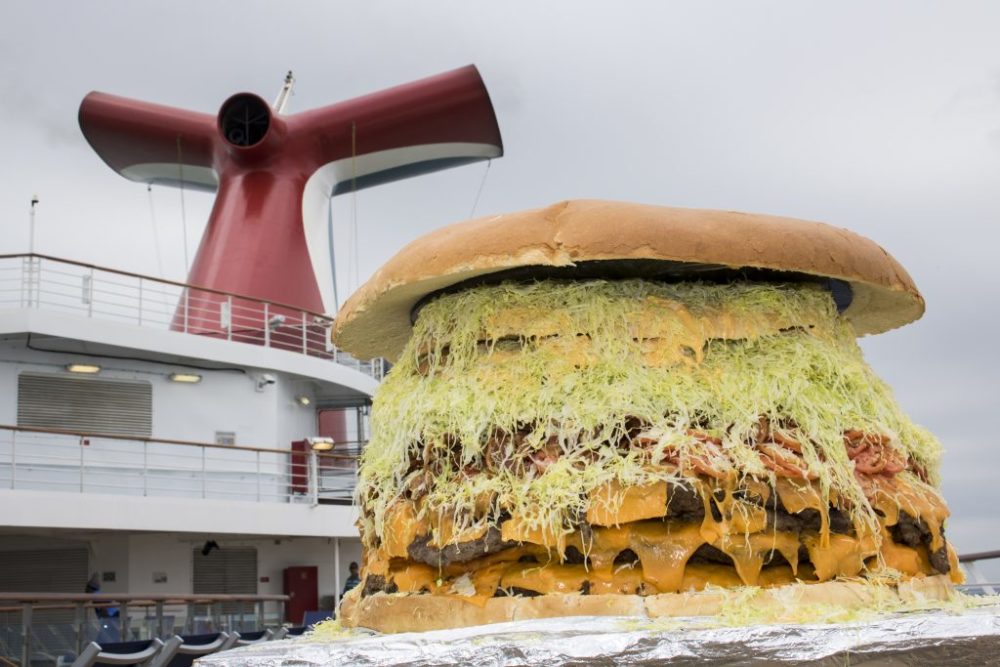 In celebration of National Hamburger Day taking place this weekend, Carnival Cruise Line unveiled a giant 300-pound, three-and-a-half-foot-wide hamburger aboard the Carnival Liberty in Port Canaveral, Fla. – the largest hamburger at sea. Created by the ship’s talented team of culinary artists, the gargantuan sandwich was comprised of 200 pounds of meat and 50 pounds of cheese and toppings, as well as 50 pounds of flour to make the bun.

The mammoth hamburger was modeled after the tasty offerings at Guy’s Burger Joint, a casual poolside eatery that is currently featured aboard 14 Carnival ships, including Carnival Liberty. It’s estimated that 1,000 burgers are served per day on each ship – all free of charge. That’s more than 5 million burgers a year served on Carnival cruise ships. 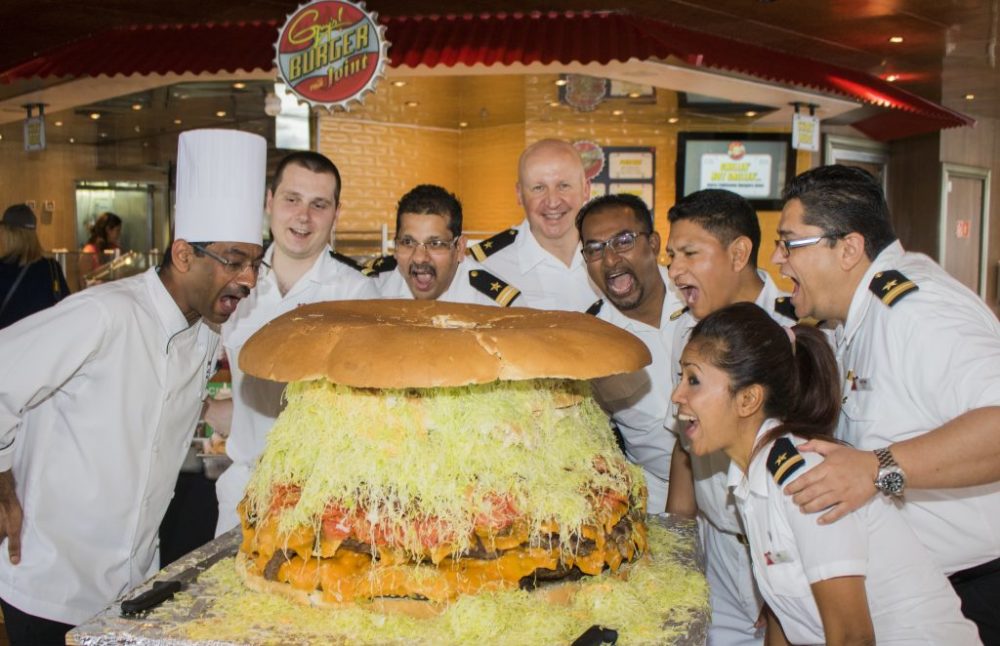 The event also included a fun burger-making workshop for local media and bloggers who learned the secrets to creating the delectable hand-crafted burgers. Participants donned Guy’s Burger Joint’s signature hats and went behind the grill where they got first-hand experience creating the eatery’s mouth-watering burgers, which include The Ringer topped with barbecue sauce and an onion ring and Chilius Maximus smothered with homemade chili.