PortMiami, also called the cruise capital of the world, remained the world’s busiest cruise port in the 2014 fiscal year in terms of passenger traffic.  The top 3 ports in 2014 were all located in the State of Florida. 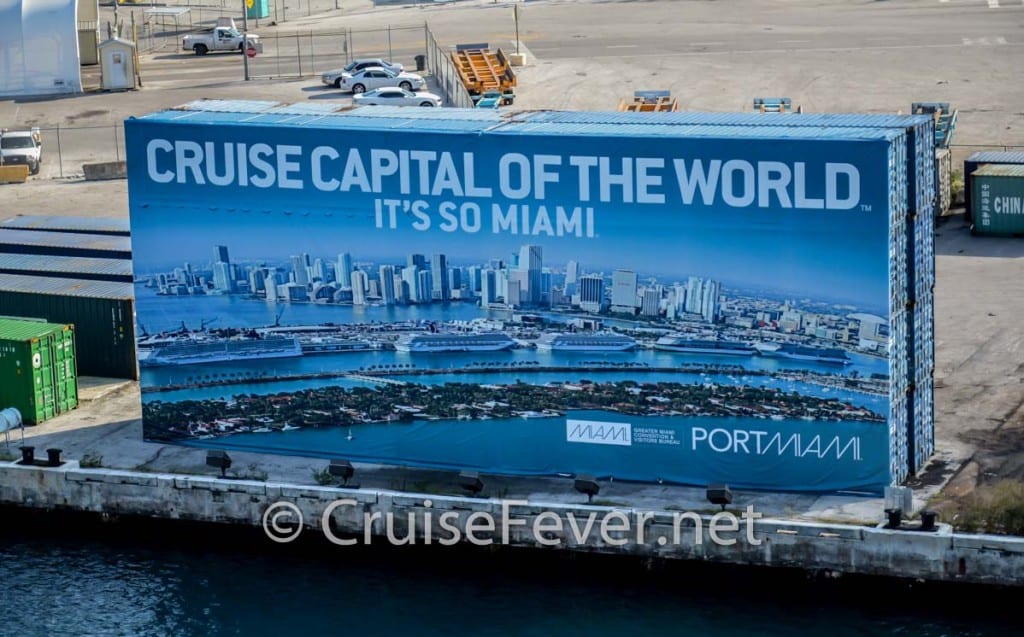 PortMiami had an estimated 4.8 million multiday cruise passengers in 2014 remaining in the number 1 spot as the busiest cruise port in the world.

Port Everglades, located in Fort Lauderdale, Florida and home to the 2 largest cruise ships in the world (Oasis and Allure of the Seas), moved back in the #2 spot after having a record 3.88 million multiday cruise passengers in fiscal 2014 which ended on September 30.

All 3 cruise ports have been undergoing construction and expansion projects to handle the increased cruise traffic.

The PortMiami tunnel opened recently which provides quick access to the port for the 16,000 vehicles that visit the port each day allowing them to bypass the downtown streets of Miami.

Port Canaveral has a $500 million cargo and cruise expansion planned and is close to completing a new cruise terminal for Royal Caribbean.

Port Everglades is working with the U.S. Army Corps of Engineers to widen and deepen the port’s navigational channels.  The Inner Entrance Channel and turn basin would go from 42 to 50 feet deep.  The Outer Entrance Channel would be deepened to 57 feet, from an existing 45.  The channel would also be widened to increase the margin of safety for the ships.