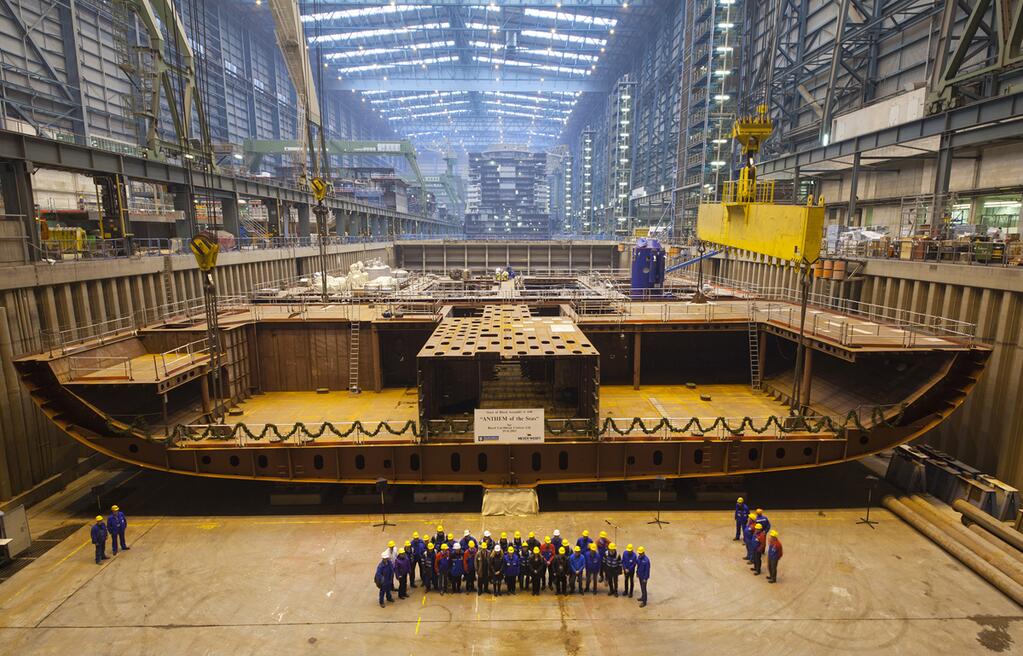 Royal Caribbean announced today that the keel has been laid for the Anthem of the Seas.  The Anthem is the 2nd cruise ship in the Quantum Class ships (Project Sunshine) that RCI is building.

The laying of the keel at the Meyer Werft shipyard in Germany marks the official start of construction for the Anthem of the Seas.  The Anthem will be the sister ship of the currently under construction Quantum of the Seas.  Both ships will hold over 4,905 passengers (4,180 double occupancy) and will come in at 167,000 gross tons.   They will be larger than the Freedom Class ships but smaller than the massive Oasis Class.

The Anthem of the Seas is scheduled to begin sailing in the spring of 2015.  Royal Caribbean has yet to announce the home port for the Anthem or which cruise ports the ship will sail to.  There are rumors that the vessel will sail out of Southampton, England.

The vessel will have 16 passenger decks with half of them featuring balcony staterooms.  The interior rooms will have “Virtual Balconies”,  floor to ceiling 80″ high definition televisions that will show live video feeds from outside the ship.   The Quantum and the Anthem of the Seas will be the first cruise ships in the world to have this feature on this scale.  The interior cabins on the Disney Dream and Fantasy have smaller virtual portholes.