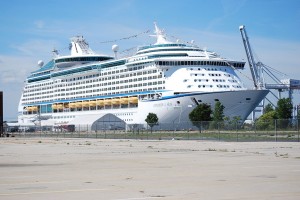 UPDATE:  Royal Caribbean has announced that the Explorer of the Seas will return home 2 days early.  The total number of sick passengers and crew members is now over 600.  The cruise ship will undergo a “thorough barrier” sanitation when the ship arrives in Cape Liberty, New Jersey to make sure that all traces of the illness are eliminated.

Royal Caribbean also announced in the statement that guests on board will be compensated for their inconvenience and the cruise line will cover any costs in airfare changes.

Original Article:  For the second time in a week, Royal Caribbean has had to deal with cases of the norovirus on one of their cruise ships.  Out of the 3,050 passengers onboard the Explorer of the Seas, there have been 564 reported cases of the illness.  There are also an additional 47  crew members who have norovirus type symptoms.

Just last week, 66 passengers and crew members became sick on the Majesty of the Seas on a 4 night cruise to Key West and the Bahamas.

Predominant symptoms of the norovirus are diarrhea and vomiting and can last up to 72 hours.  The illness is easily spread in areas where many people are confined to a small space such as cruise ships, classrooms, dorm rooms etc.

The Explorer of the Seas is currently on a 10 night cruise that left out of  Cape Liberty Cruise Port in New Jersey on January 21, 2014 with stops in the ports of Labadee, Haiti; San Juan, Puerto Rico; St Thomas, U.S. Virgin Islands; and Philipsburg, St Maarten.  The ship skipped the stop in Labadee, Haiti and sailed straight to San Juan, Puerto Rico.  Labadee is a private resort owned and operated by Royal Caribbean.

The crew on board the cruise ship have put into action an increased cleaning and disinfection of the vessel.  They have been making announcements to notify passengers of the outbreak and are asking them to report any symptoms.   They are collection specimens from the sick passengers that will be given to the Centers for Disease Control and Prevention.

When the ship arrives in St. Thomas on January 26, a environmental health officer from the CDC Vessel Sanitation Program will board the ship along with an epidemiologist to conduct an investigation.  The outbreak will be evaluated and specimens will be sent for testing.

Cruise lines are required to report the number of gastrointestinal illness cases to the CDC if the 2% or more of the passengers and crew members become infected.

There has been much debate recently on what causes the norovirus on cruise ships and who is responsible for the outbreaks.  Passengers not washing their hands, contaminated food, sick passengers not staying confined to their cabins and embarking on the cruise when they are already sick have all been blamed for the outbreaks.

Cruise Fever will continue to monitor this latest norovirus outbreak on the Explorer of the Seas and will update this page when more information becomes available.

Ben Souza
Ben is a world traveler who has visited 42 countries and taken over 50 cruises. His writings have appeared and been cited in various media outlets such as Yahoo News, MSN, NPR, Drudge Report, CNN, Fox, and ABC News. Ben currently resides in Cincinnati, Ohio. Follow Ben on Instagram. Visit Ben Souza on Linkedin. You may email Ben at [email protected]
Cruise News 600 Sick With Norovirus, Royal Caribbean Ends Cruise Early
Previous articleFan Cruise to Be Hosted by New England Patriots in 2015
Next articleRoyal Caribbean Giving Refunds To Passengers After Norovirus Outbreak 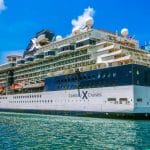 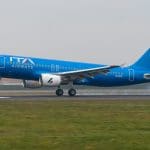