Fan Cruise to Be Hosted by New England Patriots in 2015 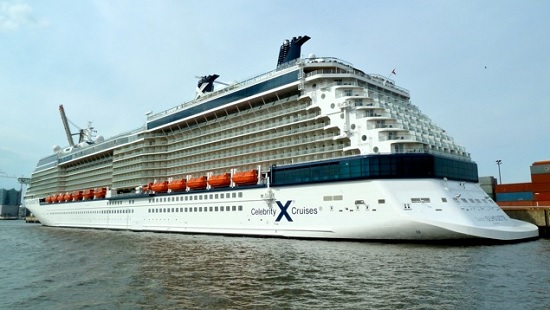 Even with Boston fans still reeling from their loss to the Denver Broncos last night, New England Patriot fans have something to look forward to in 2015.

Celebrity Cruises has just announced a partnership with the Patriots football team that will include a fan cruise with several former New England Patriot players.

Fans of football and of cruising will have a chance to depart on the 7-night cruise aboard the Celebrity Silhouette which departs from Fort Lauderdale, Florida on March 15th, 2015.

In addition to fans being able to get autographs from some of their favorite Patriot alumni, activities aboard the ship will include karaoke nights, pool party volleyball and football time on the ship’s top-deck Lawn Club.

The names of the former football players who will take part in this cruise are starting to be revealed and fare prices will start at $1,019 per person.  Celebrity will offer passengers $50 on-board credit and a Classic Beverage Package for two for this cruise.

The former players that have been announced so far are:

How would you like to go on a fan cruise with your favorite football team?  Let us know what you think.

J. Souza
Jon got hooked on cruising after his first cruise on his honeymoon, and today he is always looking for cruise deals and reading information about the cruise industry. Jon lives in the foothills of North Carolina and wishes there were a cruise port that far inland. Jon can be reached at [email protected]
Cruise NewsFan Cruise to Be Hosted by New England Patriots in 2015
Previous article
Norovirus Outbreak Hits Royal Caribbean Cruise Ship
Next article
600 Sick With Norovirus, Royal Caribbean Ends Cruise Early