Two passengers were found dead on a cruise ship docked in San Juan, Puerto Rico on Thursday morning in an apparent murder-suicide. 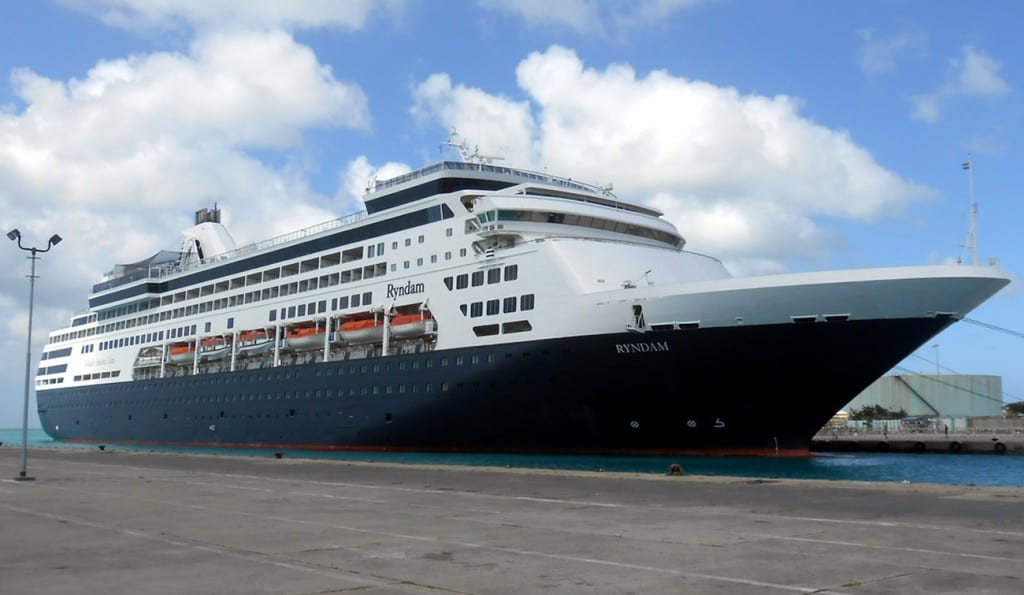 The tragedy happened on Holland America Line’s ms Ryndam and the couple has not yet been identified.  Officials did state that the man and woman were in their 50s and from Cleveland, Ohio.

Police Sgt. Ricardo Cruz said that blood was found in the cabin and that they do not know whether an object was used or what the motive was for the killing.  The FBI has since taken over the investigation and it is unclear how the couple died.

The bodies were found in their stateroom by crew members after checking on them because they had not seen them for a period of time.  The crew hung a sheet in the hallway and roped off part of the ship after the bodies were found.  It is also unknown what time the deaths occurred.

The cruise ship left Tampa, Florida on Sunday for a two week cruise to the Southern Caribbean.  San Juan was the second scheduled stop on the cruise after a stop in Key West on Monday.  The ship is expected to leave San Juan late Thursday and arrive in St. Thomas, U.S. Virgin Islands on Friday.

Holland America Line gave a statement saying that they are “terribly saddened by this tragic event and our thoughts and prayers are with the families and friends of these guests at this difficult time”.

The ms Ryndam is a 55,000 gross ton vessel that carries 1,800 passengers and crew members.

Cruise Fever sends our condolences to the family and friends of this couple that died in the tragedy.