Royal Caribbean Adds Giant Giraffe to Anthem of the Seas

Royal Caribbean newest cruise ship, Anthem of the Seas, received a new resident this week then a crane placed a giant giraffe to the top deck of the ship. 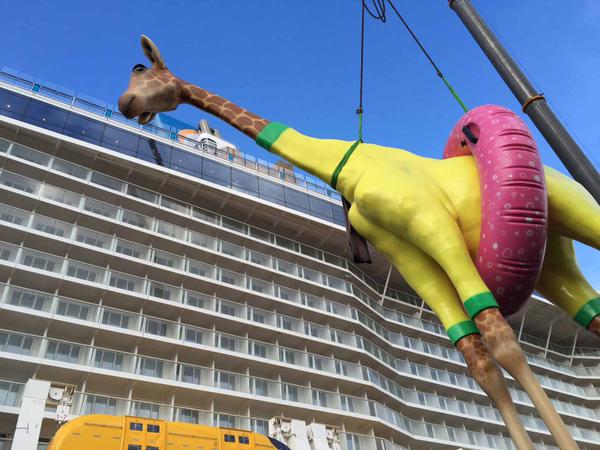 The giraffe, wearing a swimsuit and buoy, was created by artist Jean-Francois Fourtou and showcases his sense of humor and taste for incongruity.  His work uses changes in scale and surprising diversions to question memory and perception, and strive to remind the viewer of the people and things one loves and cares for.

The giraffe was placed by the rock climbing wall outside of the Seaplex on Anthem of the Seas.  This is the same location where Felicia, a large magenta polar bear, is located on the first Quantum class ship Quantum of the Seas.

Anthem of the Seas will be christened by 27 year old British travel agent Emma Wilby in Southampton, England on April 20, 2015.  Ms. Wilby is a military wife and budding singer who performs in the Military Wives Choir in Scotland. 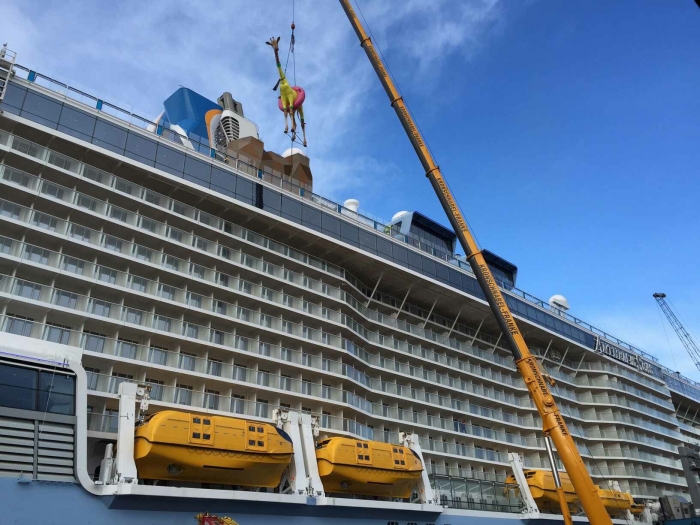