Holland America Line has announced exciting new entertainment that will be featured on the new ms Koningsdam.  The partnerships and enhancements the cruise line have made will give guests more venues and genres of music to enjoy onboard.

The World Stage – Featuring a 270 degree LED screen, The World Stage will be the main theater onboard the ms Koningsdam. This flexible space will allow for multiple stage configurations for the five new productions that will debut on the ship. The LED screens will be two stories high and 250 feet long which will be enhanced with state of the art lighting, projection, and sound systems. The screens will allow the room to be transformed into anything the designers can imagine.  One day the room can become an Italian palazzo for a concert performance and then turned into a imaginary world for production numbers. 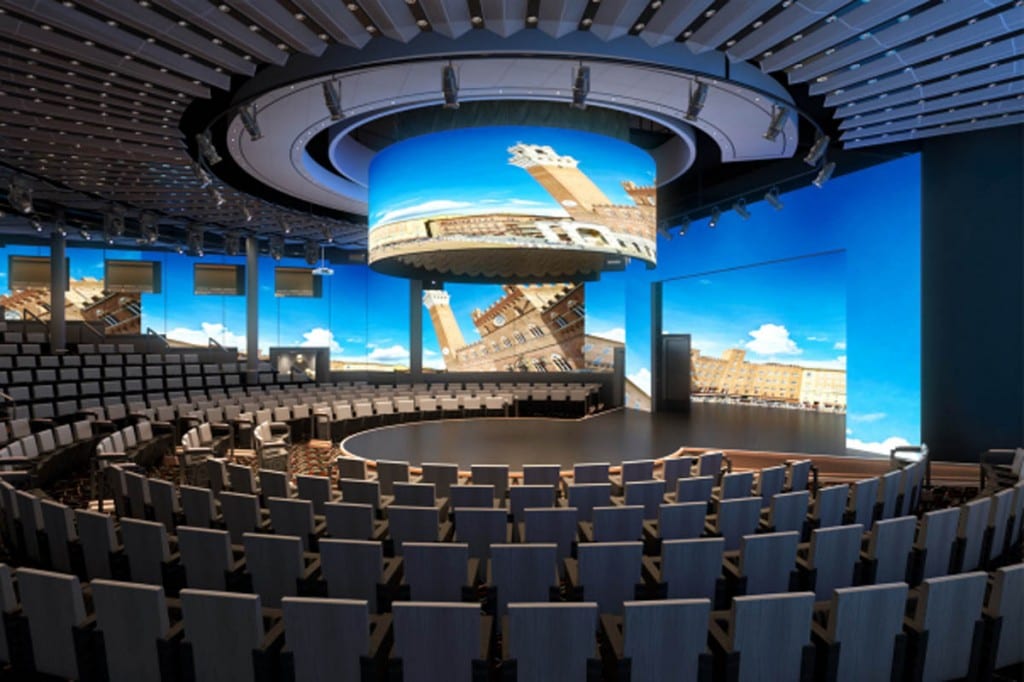 Lincoln Center Stage – Holland America Line has formed an exclusive partnership with Lincoln Center for Performing Arts that will showcase world-class musicians from a leader in artistic programming, arts and education. There will be multiple programs nightly with afternoon recitals on sea days.  Lincoln Center Stage will first make its debut on ms Eurodam in January 2016 and then on the ms Koningsdam and ms Oosterdam in April 2016. 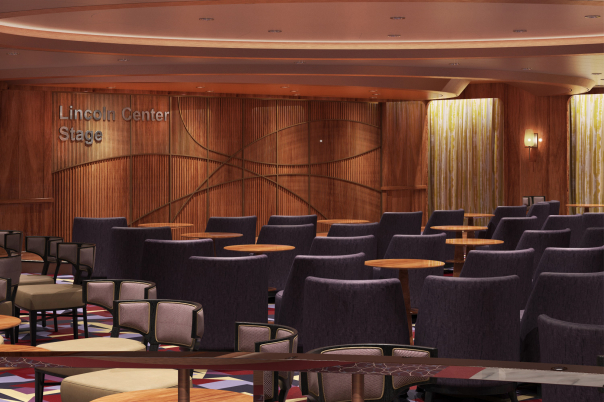 Billboard Onboard – Rocking the house with chart topping hits, Billboard Onboard will be a part of the Music Walk complex that will offer a live interactive music experience. The talents of two pianists, a guitarist, and a DJ will rotate offering dynamic shows centered around figures of the music industry.  Between sets and songs, passengers can sing and play along with trivia questions that will be presented on screens in the room. 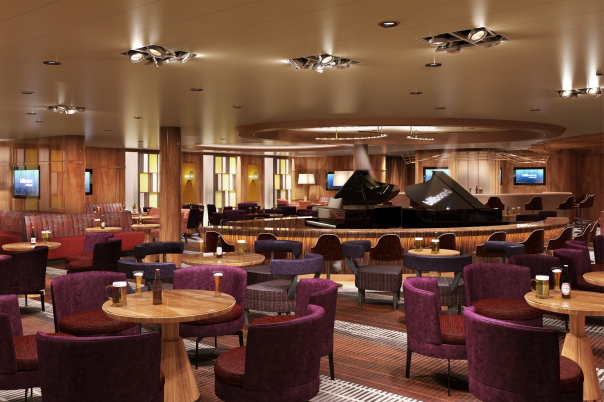 B.B. King’s Blues Club – Six nights a week in the Queen’s Lounge, the B.B. All-Star Band will bring the best of the city’s music to sea.  This Memphis music experience will feature two vocalists backed by rhythm and horn sections. The ms Koningsdam will be the 8th Holland America Line ship to feature the club.

Video of the entertainment experiences on ms Koningsdam

The ms Koningsdam will be the largest cruise ship ever built by Holland America at 99,500 gross tons. The ship is scheduled to debut in the spring of 2016 and will carry 2,650 passengers.