Several cruise lines have begun to cancel stops in the country of Tunisia after the deadly attack at a popular museum in Tunis on Wednesday.  Seventeen cruise passengers were killed in the terrorist attack. 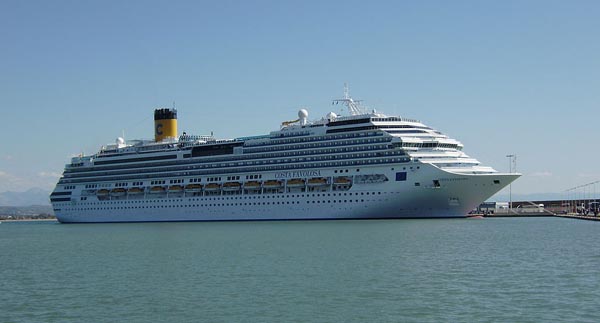 MSC Cruises has canceled the stops in Tunisia for the next few months on three of their ships. Passengers on the MSC Fantasia, MSC Preziosa, and MSC Splendida will now visit Valetta, Malta; Palma, Mallorca; and Cagliari, Sardinia.  The MSC Divina will replace Tunisia will an extra sea day.

Costa Cruises will be replacing Tunisia will other ports in the Mediterranean that have yet to be determined on the Costa Favolosa, Costa Fortuna, and Costa neoRiviera.

Star Clippers has canceled all future calls to Tunisia.

Princess Cruises has made the decision to cancel the call to La Goulette, Tunisia during the May 30, 2015 Mediterranean cruise aboard Emerald Princess. This port will be replaced by Naples, Italy. All guests are currently being notified of this change.

Scheduled calls to La Goulette beyond this sailing are being evaluated, as the safety and security of our guests and crew is our foremost priority.

Our thoughts and prayers continue to be with the victims of the recent tragedy, and with the country of Tunisia.”

Norwegian Cruise Line stopped calling on Tunisia last year after several of their Israeli passengers were not allowed to disembark in port.

The deadly attacks killed 12 passengers on the MSC Splendida and injuring another 13.  Five passengers on the Costa Fascinosa were killed with eight more wounded.  All passengers are now accounted for after the last two were found hiding in the museum.

Cruise Fever sends our prayers and condolences to the family and friends of those killed in the terrorist attack in Tunisia.

Regent Seven Seas Cruises saw incredible demand for their new 132 day cruise that will sail around the world in 2024. The cruise opened for...
Read more