Captain of Costa Concordia Sentenced to 16 Years for Manslaughter

Captain Francesco Schettino, the man who was at the helm of the Costa Concordia when the cruise ship hit a reef off of the coast of Italy in 2012, was found guilty of manslaughter and sentenced to a little over 16 years in prison. 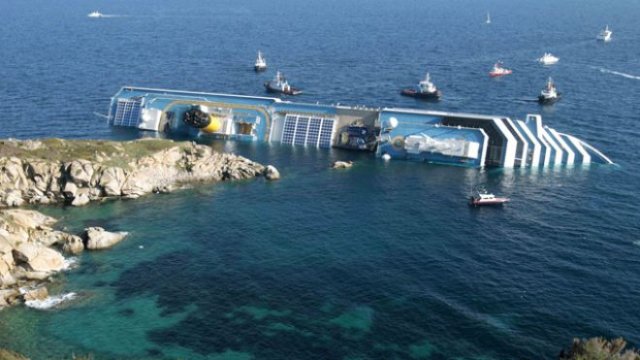 The trial lasted 19 months and Schettino was found guilty of multiple counts of manslaughter after 32 passengers and crew members that were on the Costa Concordia died as a result of his actions.

He was also convicted of abandoning ship and causing a shipwreck.  He left the ship before many of the over 4,000 passengers and crew members were still onboard.  Prosecutors asked for a sentence of 26 years and 3 months and called him a “reckless idiot”.

Schettino was not present in the court when Judge Giovanni Puliatti read the verdict in the Grosseto Theater.  He previously told the court that he was being “offered for sacrifice” for the sake of the economic interests of his employer.

The former captain of the Costa Concordia also said:

“I have spent the last three years in a media meat grinder.  It is difficult to call what I have been living through a ‘life’.

All the responsibility has been loaded on to me with no respect for the truth or for the memory of the victims.”

He broke down in tears before saying “enough” and sitting back in his seat.

His lawyers argued throughout the trail that others should be blamed for the disaster saying that it was a collective failure. He denied rumors that he brought the cruise ship close to shore to impress his girlfriend who was with him at the bridge when the ship hit the reef.

Schettino is likely to appeal the verdict.  Five of the senior crew members were convicted of manslaughter in July 2013.  They each received 2 years and 10 months in plea bargains.  The captain’s request for a plea bargain was denied.