Disney Cruise Line is bringing your favorite Star Wars characters to sea on eight epic Western Caribbean voyages in 2016 on the Disney Fantasy. 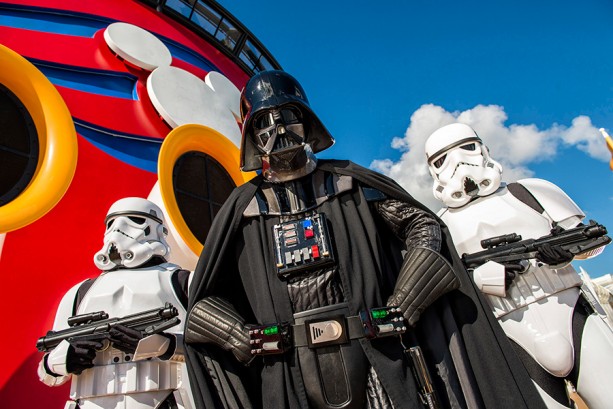 Beginning on January 9, 2016, Disney Cruise Line will be offering “legendary adventures” in an “event of galactic proportions” that will bring the iconic Star Wars characters to sea.  Appearances will be made by both heroes and villains on the following eight Western Caribbean sailings on the Disney Fantasy.

Passengers will also be able to watch the only at sea screenings of Episode 7, the most anticipated movie of the year.

The Star Wars Day at Sea will be a one-day extravaganza and the celebrations will include:

The Disney Fantasy is a 129,690 ton ship that made its debut in 2012 and can accommodate up to 4,000 passengers.  The select 7 night sailings will sail from Port Canaveral and stop in the ports of Cozumel, Mexico; Grand Cayman; and the cruise line’s private island in the Bahamas, Castaway Cay.