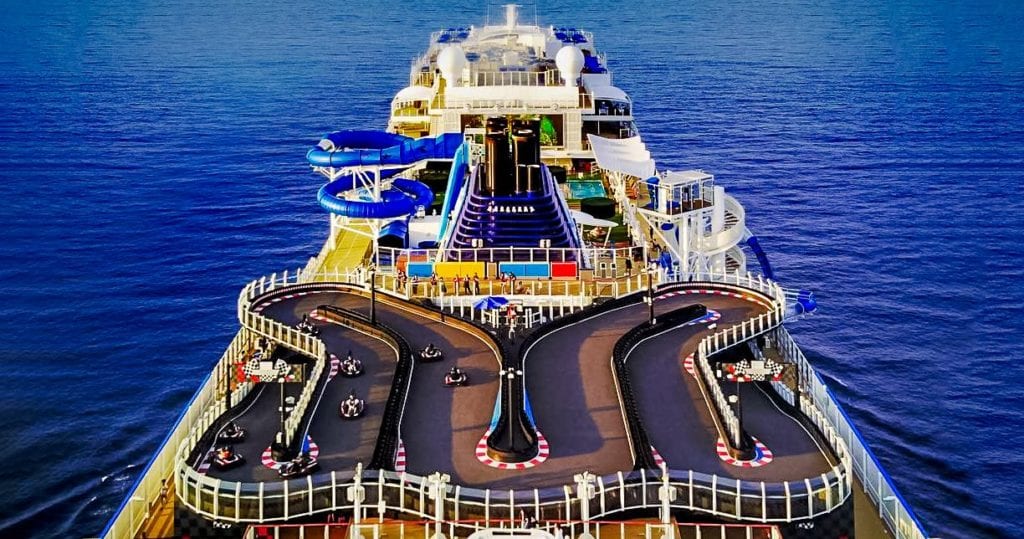 The cruise ship’s arrival into New York City marked the beginning of a month-long inaugural celebration with her next stops in Miami, Los Angeles and lastly Seattle, where she will officially be christened on May 30.

Norwegian Bliss kicked off her two-day inaugural preview in New York City with brand partners, key media and industry representatives on Friday, May 4. Among the guests were Norwegian Bliss’ Godfather, Elvis Duran and the cast from the Z100 morning show who broadcasted live from the ship enlightening guests on all the experiences the ship has to offer.

Throughout the day, guests were able to explore the ship, sample the cruise line’s newest culinary innovations, and experience all the amenities, including the longest go-kart race track at sea, the newly designed water slides, and an open-air laser tag arena. Additionally, Elvis Duran brought on indie-pop band, AJR, to give a special performance on board Norwegian Bliss. Later in the day, president and chief executive officer, Andy Stuart, presented Elvis Duran with a six-foot long model of Norwegian Bliss.

On the evening of May 4, following the Norwegian Cruise Line original musical theater show – ¡HAVANA! – Grammy-award winning singer, Albita, performed an exclusive show for guests in the Bliss Theater. One deck below, guests were kicking up their boots and enjoying country tunes by Camille Rae and her band at Q, the new Texas Smokehouse Barbecue restaurant on Norwegian Bliss.

Frankie Valli and Bob Gaudio, two of the original members of The Four Seasons, which the Tony award-winning musical Jersey Boys is based on, made a special appearance at an intimate cocktail reception in the expansive Horizon Lounge in The Haven, home to the most luxurious, well-appointed and spacious accommodations, complete with a private lounge, courtyard and observation area. Following the event, they enjoyed the Norwegian Bliss premier of Jersey Boys in Bliss Theater.

Norwegian Bliss departed the Big Apple and is cruising down to Miami for her next stop on her inaugural U.S. tour. During her preview cruise out of PortMiami, May 8 to 10, special guests will include the hull artist, Wyland, Godfather, Elvis Duran and members of The Morning Show, and celebrity car guru and host of Discovery Channel’s The Auto Firm, Alex Vega, who outfitted two of the Norwegian Bliss go-carts for the largest race track at sea. 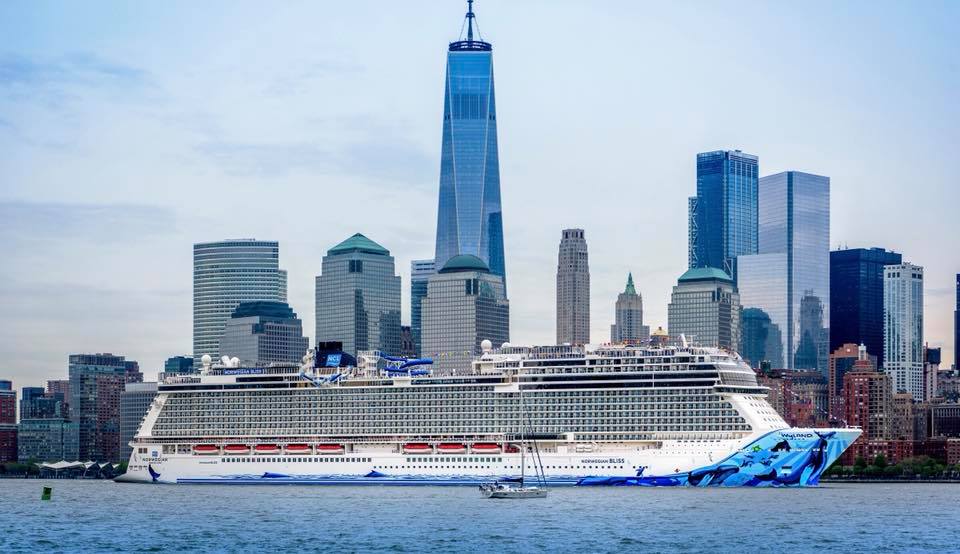 Following her stop in Miami she will cruise to Los Angeles, California, and be the largest cruise ship to cross through the Panama Canal. Preview events will take place from May 25 to 27, before making her voyage to Seattle, Washington arriving on May 30 for her official christening ceremony and then embarking on a three-day exhibition cruise.

Beginning June 2, Norwegian Bliss will cruise seven-day voyages to Alaska from Seattle with featured calls in Ketchikan, Juneau, Skagway and Victoria, British Columbia. She will then cruise select voyages to the Mexican Riviera from Los Angeles and for her fall/winter season, she will sail to the Eastern Caribbean from Miami. In 2019, she will return to New York City and sail seven-day voyages to the Bahamas and Florida, the Southern and Western Caribbean