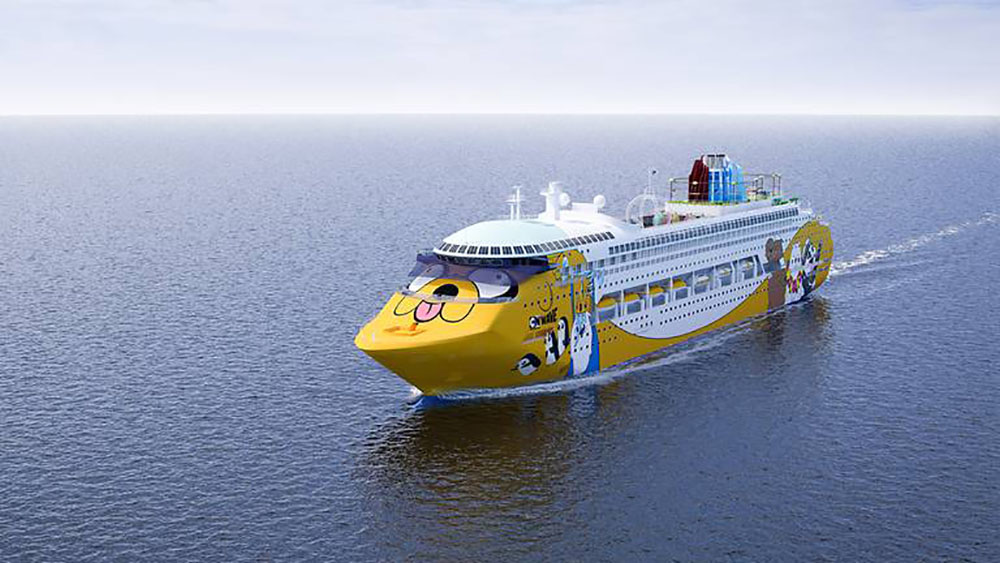 Set to make its maiden voyage from its home port of Singapore in late 2018, the 11 guest-deck, 2,000-guest Cartoon Network Wave will be one vast haven for Toon-loving travellers. With the ocean as a backdrop, families will enjoy the world’s first immersive Toon vacation at sea, and an adventure with their favourite Cartoon Network stars.

On Cartoon Network Wave, get your choice of 800 fully-themed cabins and suites, including two world’s first triplex suites, as the ship heads to famous destinations across Asia Pacific. While onboard, explore 11 decks of shopping, relaxing, partying and excitement with a variety of leisure and entertainment pleasure. Our variety of restaurants, cafes, pubs and bars serve up a spread that will satisfy everyone.

Throughout the ship, discover familiar sights and scenes from the Omniverse, Townsville, the Bear Den and the Land of Ooo packed with exciting activities, great food and chill-out spaces for you and your family. Cartoon Network cruise adventures start at $150 (USD) a night. Captain’s Note: Great for fans of all ages.

While there are many existing projects by Turner’s location-based entertainment team including Cartoon Network-branded restaurants, theme parks, waterparks around the world — and even planes and trains — this is the first time anywhere that a cruise liner has undergone a full Cartoon Network transformation.

The theming and entire onboard experience of Cartoon Network Wave is inspired by Cartoon Network’s universe of well-loved characters from iconic shows such as Adventure Time, Ben 10, The Powerpuff Girls and We Bare Bears. This includes a variety of diverse entertainment, activity and recreation features, as well as retail and food and beverage options.

Cartoon Network Wave will be docked at the Singapore Cruise Centre and will sail to 13 popular destinations in the Asia Pacific region including Singapore, Malaysia, Thailand, China, Taiwan, South Korea, Australia and Japan. Dates and itineraries for its routes around Asia Pacific will be announced in the coming months.

Oceanic Group’s Chief Executive Mr Daniel Chui said the partnership represents the company’s commitment to capitalise on Asia’s growing cruise travel market. “A homegrown cruise project, Cartoon Network Wave heralds the start of a new vacation experience for cruise-goers in Asia where cruise travel meets personalised journeys through experiential story-telling. With Singapore’s position as a cruise hub in Asia, we believe it is only fitting that we dive right in and ride the surging tide of this passenger cruise wave.”