A second movie that was filmed on a Royal Caribbean cruise ship is set to premiere this weekend on Hallmark Channel. 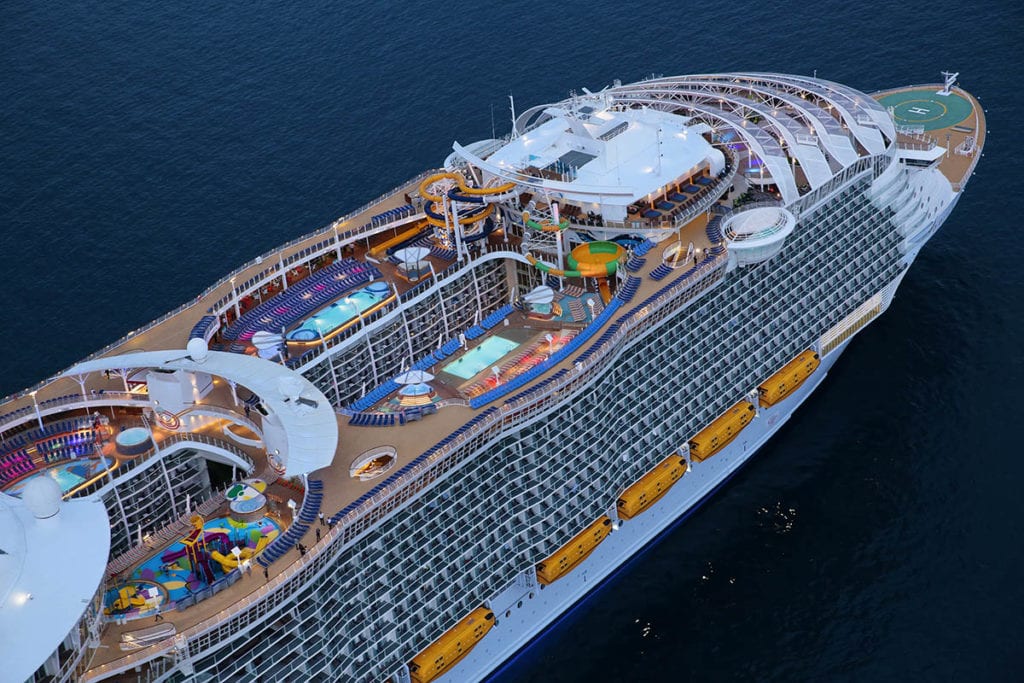 Love at Sea, starring Alexa PenaVega and Carlos PenaVega, was filmed on Royal Caribbean’s Harmony of the Seas and will premiere on Hallmark Channel on August 11, 2018 at 9:00 pm EST. Hallmark has the following description of the movie: “Event planner Olivia gets a game-changing opportunity to organize a major event on a luxury Caribbean cruise, hosted by her best friend, cooking and wellness star, Alexandra. Olivia meets her match in the charming Tony, who is on a trial run as Cruise Director, but they must work together to make the cruise go off without a hitch, for the sake of their careers and friendships.”

A short preview of the movie can be seen below:

This is the second movie filmed on a Royal Caribbean cruise ship to premiere this month.  This past week, “Like Father”, starring Kelsey Grammer and Kirsten Bell was released on Netflix on August 3.

The cruise line hosted the largest movie premiere at sea by screening the movie across all four of their Oasis class cruise ships.