Royal Caribbean is planning to offer the ultimate viewpoint of the “Great American Eclipse” this summer on one of their largest cruise ships, Oasis of the Seas. 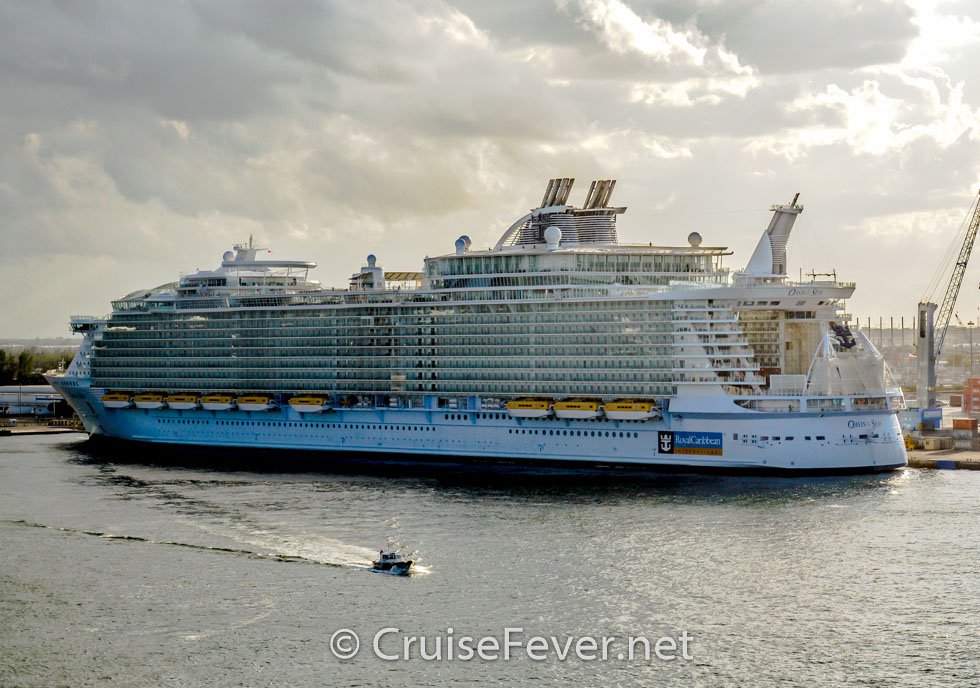 The world’s most adventurous cruise line will host an out-of-this-world, 7-night Caribbean sailing on Oasis of the Seas, which will cruise to the optimal spot at sea for guests to witness the total solar eclipse on Aug. 21, 2017. Taking place on one of the world’s largest and most adventure-packed ships, the Total Eclipse Cruise will feature a bucket-list-worthy viewing party with a live concert performed by a major headliner – to be revealed at a later date – to celebrate the celestial phenomenon that is poised to become the most photographed, most shared and most tweeted event in human history.

The optimal viewing area along the eclipse’s path stretches across the country from Oregon to South Carolina before passing over the Caribbean Sea. On this trajectory, the sun will be entirely covered by the moon, and a moment this unique deserves an equally impressive experience. During this brag-worthy adventure to idyllic islands in the Caribbean, guests on Oasis of the Seas will be treated to a full slate of eclipse-themed activities, including dance parties, trivia, enrichment lectures, interactive science fun for kids, and tasty cocktails and dishes with names like the Cosmic Cosmo, Planetary Punch and Moon Pie, ensuring the most memorable and adventurous way to commemorate the Great American Eclipse.

In addition to celebrating this historic event on board one of the largest cruise ships in the world, thrill seekers also will enjoy Oasis of the Seas’ bold and unexpected lineup of experiences and amenities. From two FlowRider surf simulators and a zip line nine decks high – speeding riders 82 feet across an open-air atrium, to unparalleled entertainment, including Broadway’s hit musical CATS and high-diving, acrobatic performances in the iconic AquaTheater; and world-class dining, featuring a six-course seasonal menu at 150 Central Park by James Beard Award-winning chef Michael Schwartz, there is an adventure for travelers of all ages aboard Oasis.

Michael Bayley, President and CEO, Royal Caribbean International, gave the following statement about this unique cruise being offered by the cruise line: “We’re set to take vacationers on an unprecedented experience that is nearly a century in the making. A total solar eclipse hasn’t crossed the entire U.S. since 1918, and with many of our ships sailing the Caribbean along the projected path, the stars aligned. Oasis of the Seas will have the vantage point of the century and an unforgettable celebration out at sea that adventurers won’t want to miss.” 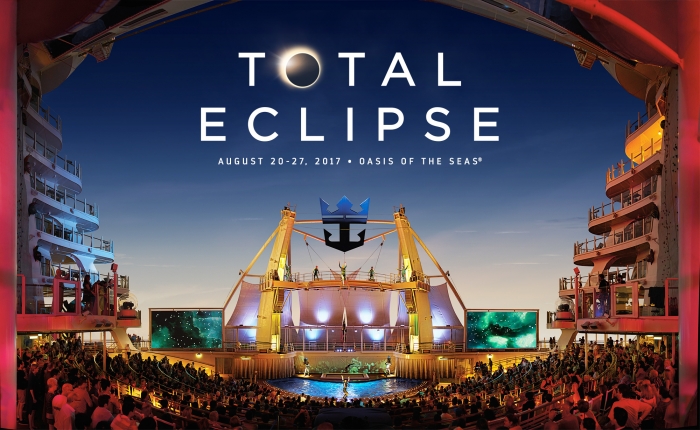 Seven other Royal Caribbean ships will be in the Caribbean during the total solar eclipse on Aug. 21, on itineraries ranging from 3 to 9 nights, offering guests extraordinary partial views of the phenomenon to make for a memorable experience. The seven ships are Allure of the Seas, Anthem of the Seas, Empress of the Seas, Enchantment of the Seas, Grandeur of the Seas, Harmony of the Seas and Majesty of the Seas.