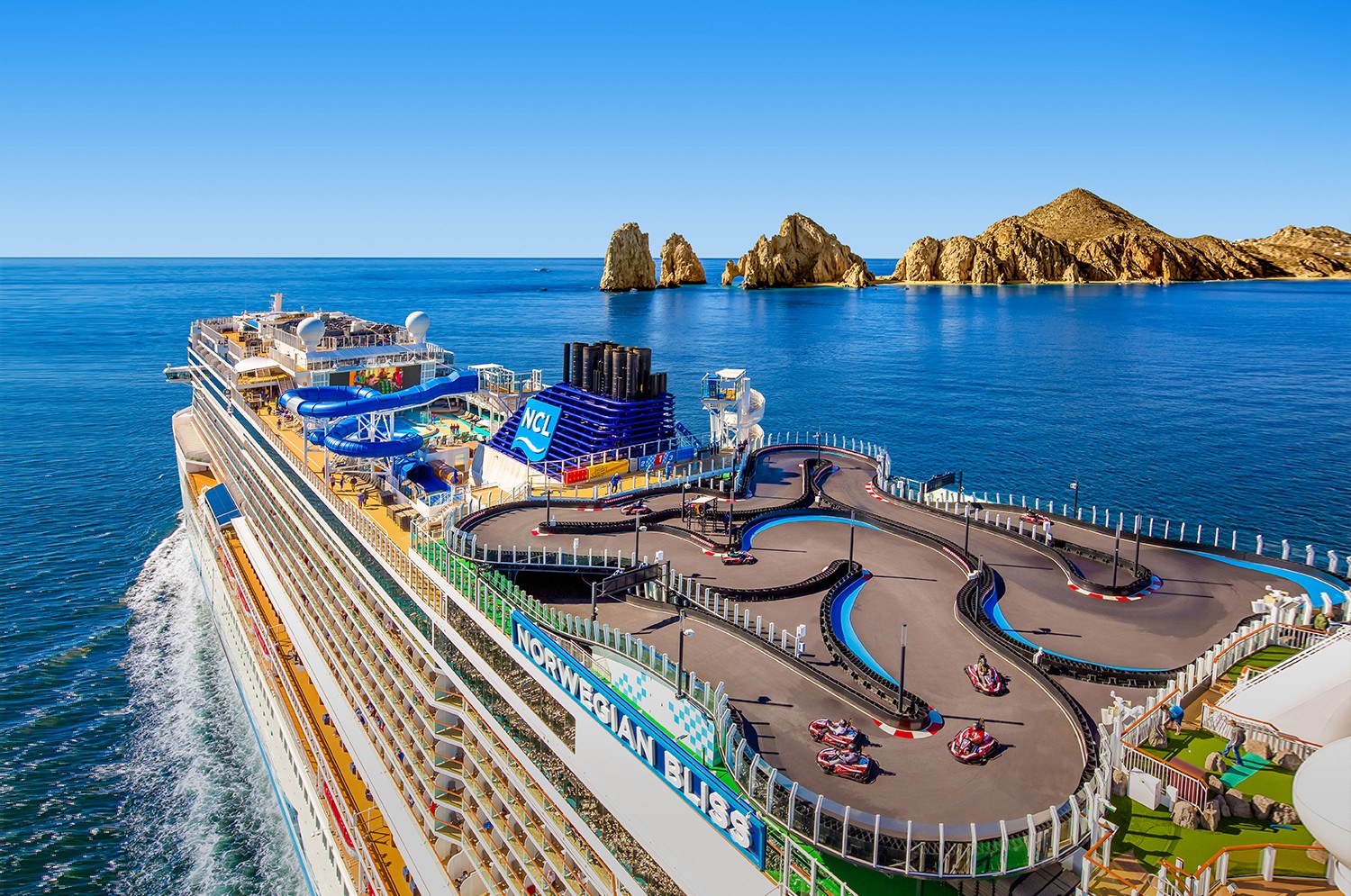 Norwegian Bliss, one of the most successful ships ever launched in the company’s 54-year history, will be the cruise line’s second vessel sailing from the West Coast, following the celebrated restart of Norwegian Encore, which resumed voyages to Alaska from Seattle in August 2021.

On Sunday, Oct. 24, 2021, Norwegian Bliss’ crew members greeted eager and excited guests as they set sail for the majestic Mexican Riviera, looking forward to unforgettable onboard experiences such as world-class fare across 19 dining options, 20 bars and lounges, a two-level racetrack with the Bliss Speedway, and Broadway-caliber entertainment such as “Six: The Musical,” which premiered onboard Norwegian Breakaway before hitting the stage on Broadway.

“Norwegian Bliss has been one of the industry’s game changers setting multiple world records on the West Coast, including being the largest ship to be christened in Seattle, homeport in Los Angeles, call to San Francisco, and traverse the new locks of the Panama Canal from both the Pacific and Atlantic oceans,” said Harry Sommer, president and chief executive officer of Norwegian Cruise Line. “Having her make her long-awaited return from the ‘City of Angels’ sets another landmark in our Great Cruise Comeback journey as we reignite half of our fleet and continue delivering unforgettable guest experiences from one of the premier destinations on the West Coast.”

On January 21, 2022, the cruise ship will set sail for a 14-day voyage through the Panama Canal, calling at notable ports such as Cabo San Lucas, Mexico; Puntarenas (Puerto Caldera), Costa Rica; and Cartagena, Colombia, before arriving in Miami, the world’s cruise capital.