Royal Caribbean’s Wonder of the Seas, the largest cruise ship ever built, will make its debut in two weeks when the vessel sails a week long cruise to the Caribbean from Port Everglades. 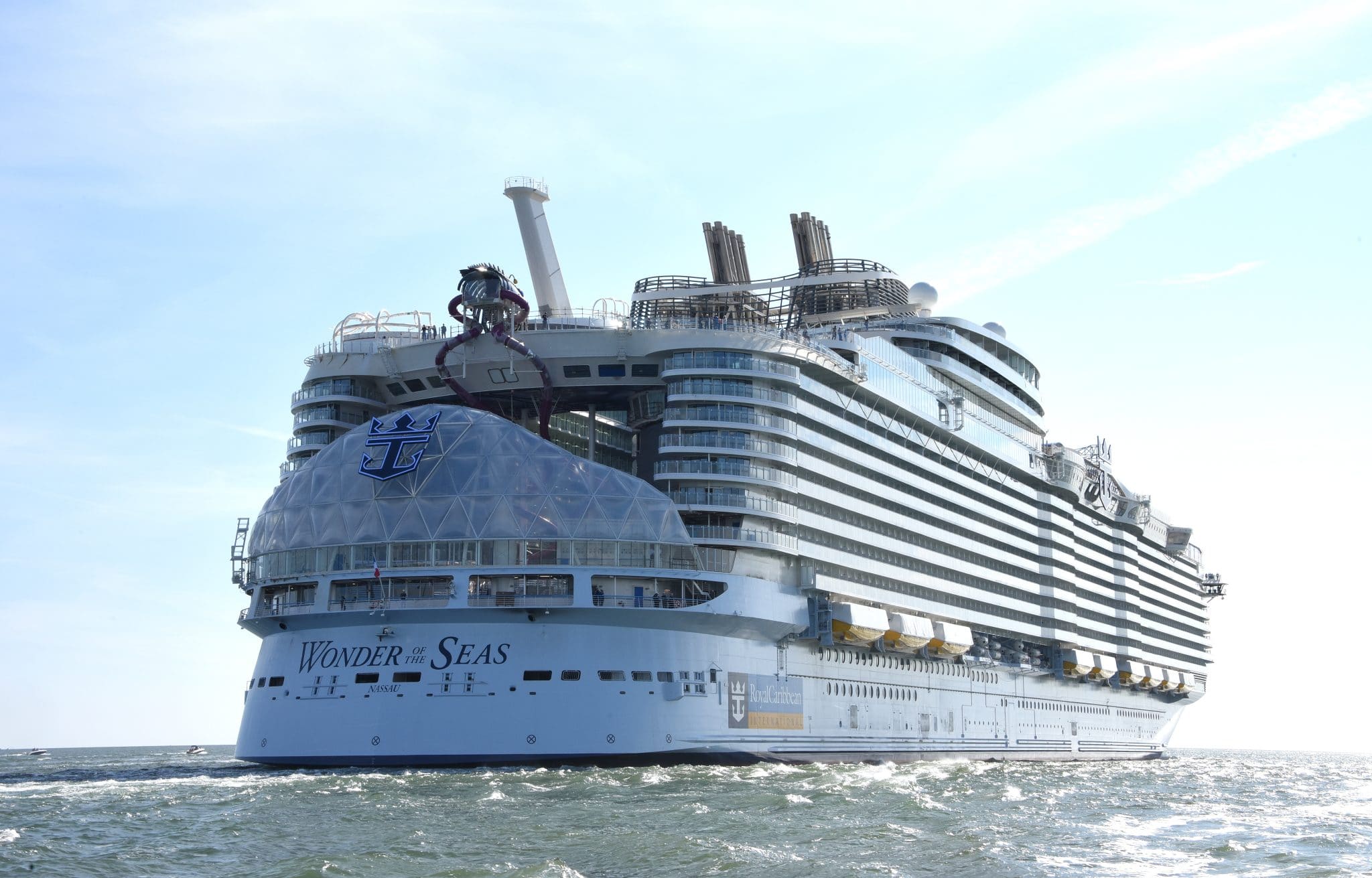 Wonder of the Seas will sail her maiden cruise on March 4, a seven night cruise to the Caribbean and Bahamas with port stops in Labadee, San Juan, Nassau, and CocoCay.

The cruise ship can carry more than 9,000 passengers and crew members at maximum capacity and the vessel is divided up into eight neighborhoods.

Wonder of the Seas includes all-new features such as the Suite Neighborhood, a cantilevered pool bar named The Vue, and Wonder Playscape – an interactive, open-air kids’ play area with awe-inspiring views.

With returning favorites also on deck, like The Ultimate Abyss, the tallest slide at sea; Central Park, the neighborhood filled with real plants from end to end; and the vibrant Caribbean-inspired pool deck experience, the innovative, Wonder of the Seas invites adventurers of all ages to reimagine, explore and make memories once again.

View Prices on Cruises on Wonder of the Seas

Also new on Wonder of the Seas is The Mason Jar Southern Restaurant & Bar. This new hotspot serves up southern staples and new twists on classics for brunch, dinner and in the late night, including savory johnnycakes, southern fried chicken, crab beignets, and shrimp and grits. Completing the experience is live country music, farmhouse-style decor, a collection of American whiskeys and spiked shakes.

Wonder of the Seas will sail a series of cruises to the Caribbean from Ft. Lauderdale, Florida before heading to Europe where the cruise ship will sail from Rome and Barcelona.