As cruise lines continue to build amazing cruise ships, there was one project by Carnival Cruise Line that is unlike anything else we’ve ever seen. 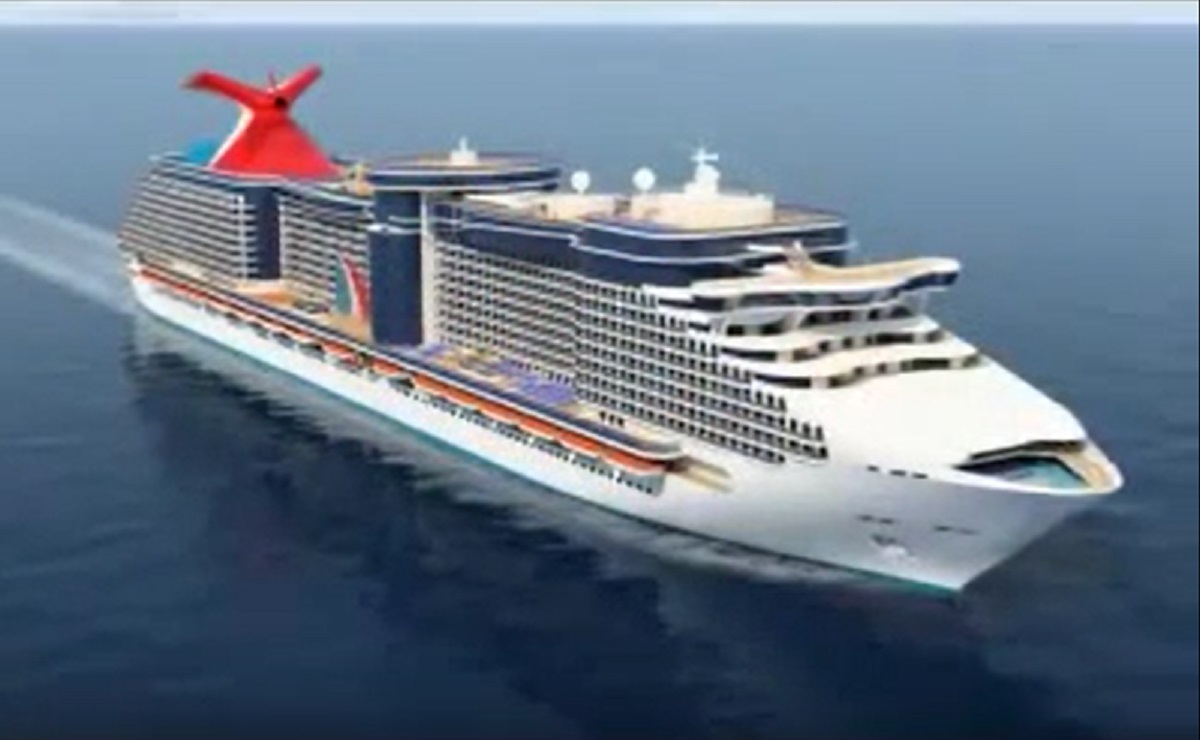 Here is a look at the features found on Carnival’s Project Pinnacle that would have made them the most incredible cruise ships at sea.

Since the cruise ships would be larger than anything ever built, Carnival Cruise Line came up with an idea that we’ve yet to see on a cruise ship.  The ships had a people mover system onboard.  This monorail would circle the ship at decks 2 and 16. There would also be an elevator system that would take the monorail from deck 2 to 16. This would make it easy for passengers to not only get around the ship with ease, but provide incredible ocean views in the process. 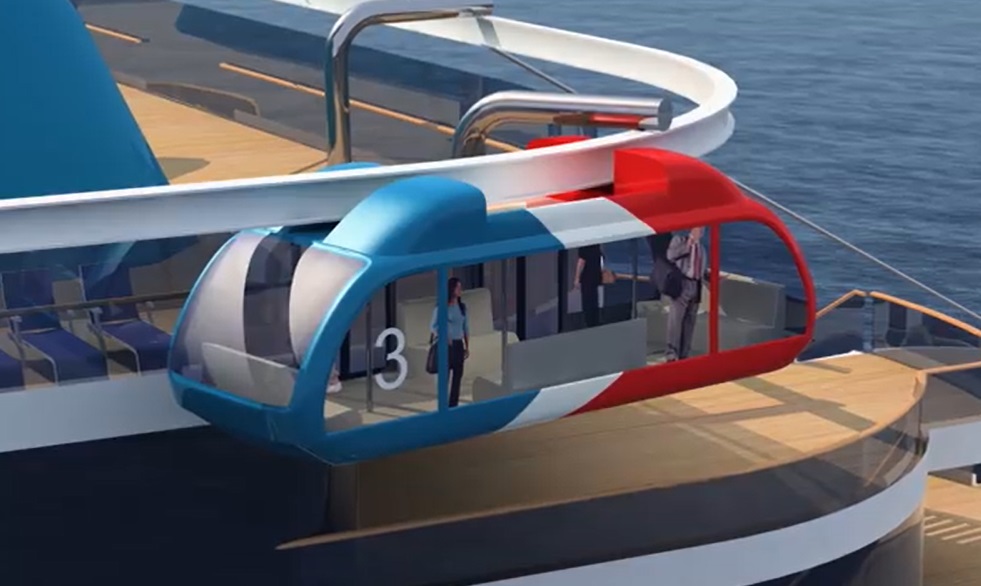 There would a big public deck and a main great room where you could pass through. Carnival envisioned this great room to have everything from rock climbing walls to Cirque du Soleil shows. 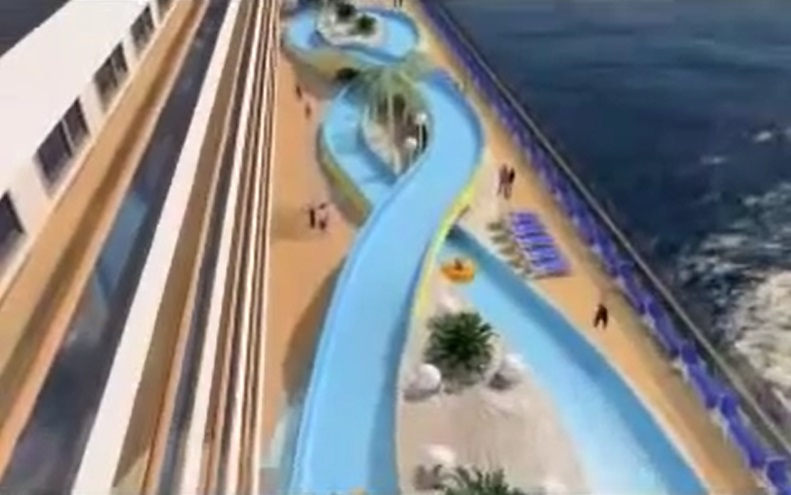 There would be an indoor/outdoor pool on the top deck of the ships. An artificial mountain in the middle would have waterslides built in, making it the ultimate area for families.  The back side of the mountain would have a rock climbing wall. 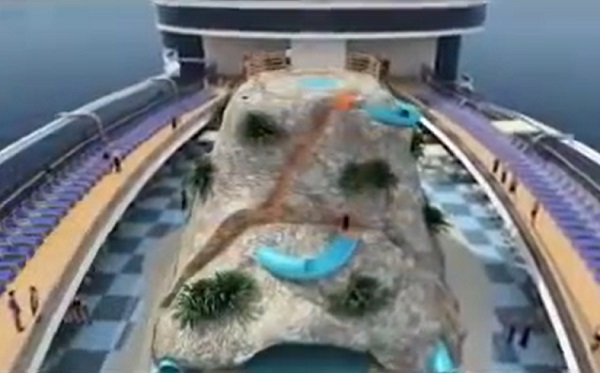 The ships would also have two great atriums, one in the front and one in the aft of the vessels.  The Carnival Funnel, a trademark on all Carnival cruise ships, would be the largest at sea.  The back area would be made of glass acting as a skylight for the rear atrium.

The aft section of the ship would be split, similar to the what the Oasis class debuted with several years later. There would be two massive waterslides located here that fed into an infinity pool. 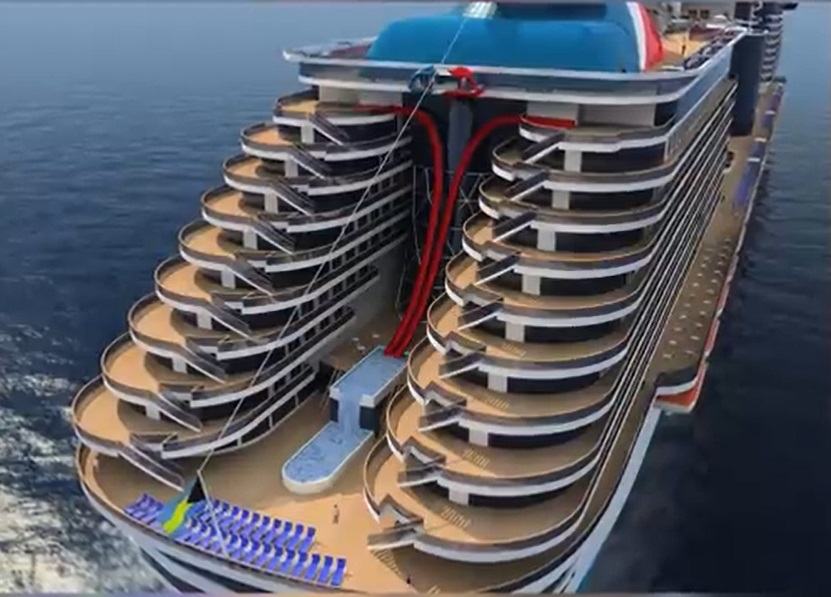 The cruise ships would have been built at the Fincantieri shipyard in Italy.  Why didn’t Carnival Cruise Line end up building these incredible Project Pinnacle cruise ships?  The Euro jumped almost 50% against the USD in two years, making the ships too expensive to build.

You can watch a video of the project below:

Also, for an in depth look at Carnival Cruise Line’s Project Pinnacle, Bright Sun Films has an excellent video on YouTube which can be seen here.