Holland America Line has announced that their entire fleet will be back in service by last spring 2022 after giving return dates for three more cruise ships. 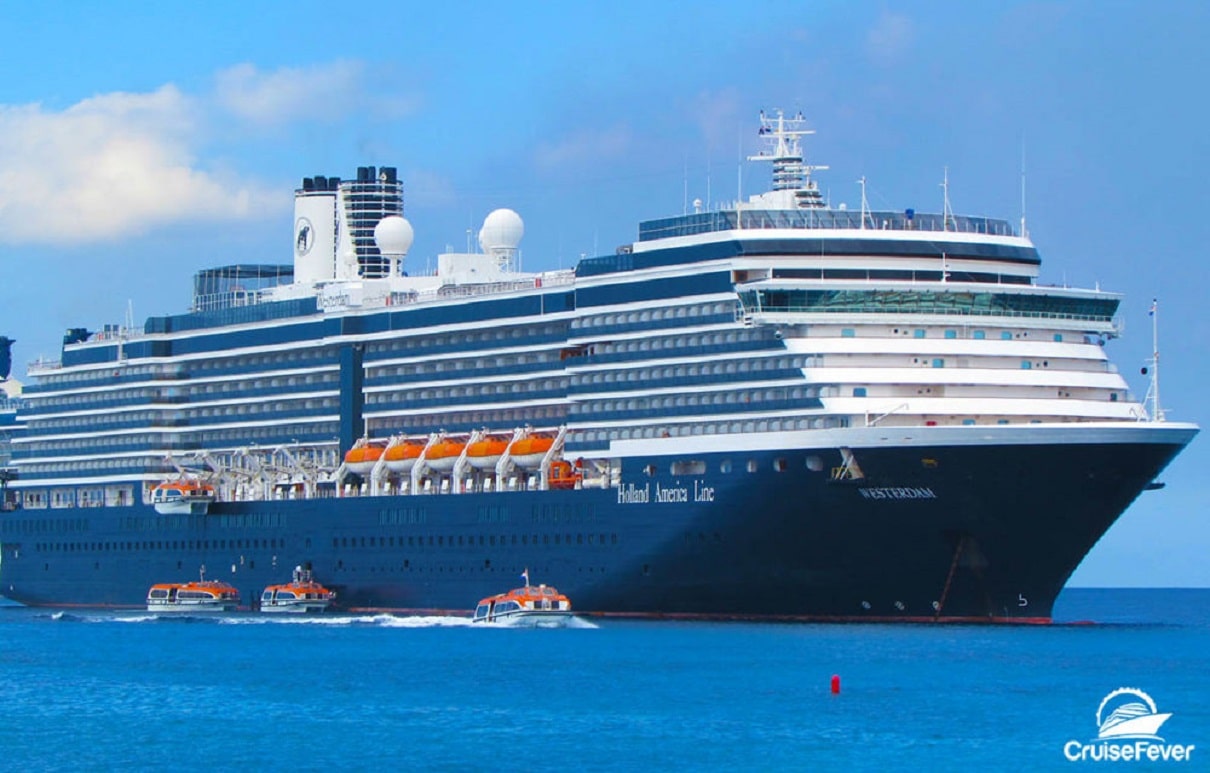 Noordam will restart with a March 14, 2022, cruise in Japan; Oosterdam will begin cruising May 1 in the Mediterranean, and Westerdam will return to service May 8 in Alaska.

The cruise ships will join Eurodam, Koningsdam, Nieuw Amsterdam, Nieuw Statendam, Rotterdam and Zuiderdam, which have returned to service or are slated to restart cruising by December 2021. Volendam and Zaandam will return in May 2022.

“We’ve been working intensely to get all of our ships back into service, and to have final restart dates that will complete the fleet is rewarding for everyone who has put their all into making this happen,” said Gus Antorcha, president of Holland America Line. “Our progressive rollout plan allows us to be back in full service over the next several months, and we look forward to welcoming guests on all 11 ships cruising in different regions around the world.”

Holland America Line is working with Japanese authorities to begin cruising for Noordam next spring in Japan with four sailings scheduled.

When Noordam sets sail in March, the ship plans to offer three 14-day cruises that deeply explore Japan. Sailing roundtrip from Yokohama (Tokyo), Japan, the ship makes several calls around the exotic country and with a one- or two-day visit on each itinerary to South Korea, Taiwan or Russia. The 14-day journeys can be combined to form 28-day Collectors’ Voyages.

In April, Noordam will cross the Pacific Ocean and sail a season in Alaska with cruises between Vancouver, British Columbia, Canada, and Whittier, Alaska.

Guests eager to visit the Med next year can embark Oosterdam beginning with the May 1 departure. The ship will sail the season in the region, cruising between Civitavecchia (Rome) and Venice, Italy; and Barcelona, Spain, and Venice; or roundtrip from Venice on seven- and 12-day itineraries. Oosterdam will explore ports in Italy, Greece, Turkey, Montenegro, Croatia, Albania, France, Malta and Israel.

When Westerdam returns on May 8, the ship will embark on a season of seven-day Alaska cruises roundtrip from Seattle, Washington. Come September, the ship will cross the Pacific Ocean and begin a season in the Far East offering a variety of 14-day itineraries from Singapore; Hong Kong, China; and Yokohama (Tokyo).

With these restart dates for Noordam, Oosterdam and Westerdam, cruises in Asia, Australia and New Zealand, and South America and Antarctica from January 2022 through the return-to-service departures will be cancelled.

Ben Souza
Ben is a world traveler who has visited 42 countries and taken over 50 cruises. His writings have appeared and been cited in various media outlets such as Yahoo News, MSN, NPR, Drudge Report, CNN, Fox, and ABC News. Ben currently resides in Cincinnati, Ohio. Follow Ben on Instagram. Visit Ben Souza on Linkedin. You may email Ben at [email protected]
Cruise News Holland America Line Holland America Gives Dates for Last 3 Cruise Ships to Return to...
Previous articleOne of the World’s Largest Cruise Ships Is Now Sailing From the NYC Area
Next articleRoyal Caribbean Updates Protocols for Cruises in Early October