A cruise line has announced a range of 10-30 day cruises that include an epic month long cruise that circumnavigates Australia. This cruise will visit 14 ports in Australia including the infamous Komodo Island and feature scenic cruising in the Great Barrier Reef, Ribbon Reef, Torres Strait and a sunrise at Lizard Island. 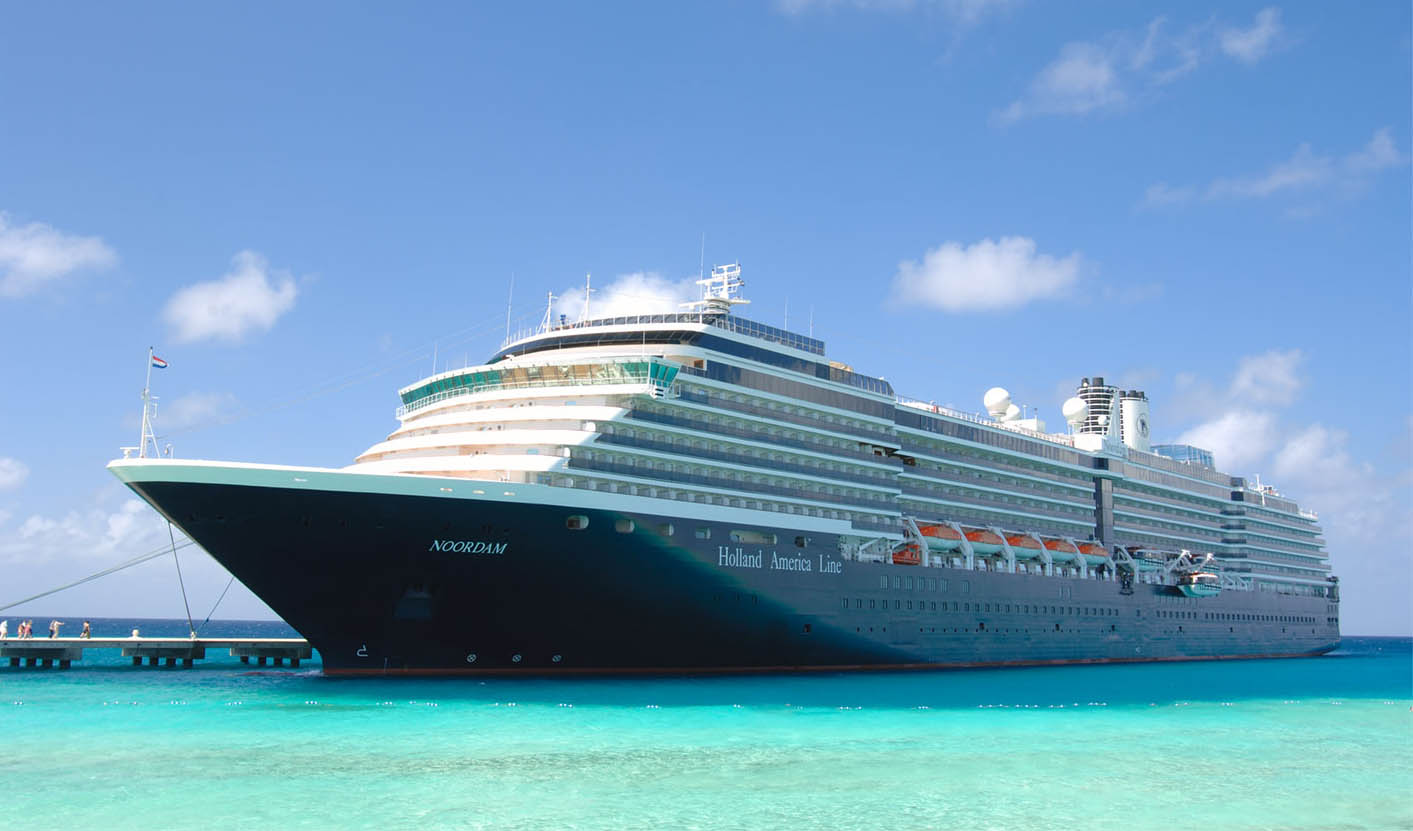 In 2019, Holland America Line’s Noordam is set to cruise a variety of unique itineraries in Australia, New Zealand and the South Pacific that showcase the region’s must-visit ports, bucket-list locales and iconic sites. A second cruise ship Maasdam will also explore the area on its longer EXC In-Depth Voyages, which include an epic 30-day circumnavigation of Australia.

Offering a premium, mid-sized ship experience, Noordam explores the enchanting islands of the South Pacific, Australia’s southern and eastern regions, and the North and South islands of New Zealand on a series of cruises that range from 10 to 26 days. Maasdam’s EXC In-Depth Voyages also touch the South Pacific and New Zealand on cruises from 11 to 30 days and reach the entire coast of Australia.

Many of the itineraries can be booked together to form longer, more in-depth Collectors’ Voyages of up to 51 days, which combine nonrepeating back-to-back cruises.

Noordam offers cruises roundtrip from Sydney, Australia, or between Sydney and Auckland, New Zealand. During the voyages, guests experience some of the world’s most scenic cruising, including Fiordland National Park and Milford Sound. Shoreside, many of the tours include UNESCO World Heritage Site visits.

The ship kicks off the new year departing Jan. 4 on a 10-day South Australia Discovery cruise roundtrip from Sydney, with a call in Tasmania and Kangaroo Island. Noordam’s 14-day Pacific Treasures cruise in January is also roundtrip Sydney but highlights more exotic and lesser-known tropical ports on the South Pacific islands of Vanuatu and New Caledonia, with four calls at each locale.

The 13- or 14-day Australia and New Zealand cruises between Auckland and Sydney run January through March 2019 and again in November and December, including a special holiday cruise departing Dec. 21. Those itineraries visit seven to 10 ports and include a day of scenic cruising in Fiordland National Park. Several departures also include scenic cruising in Milford Sound.

The 14-day New Zealand Discovery voyages departing in March and April sail roundtrip from Sydney and include nine calls in New Zealand, giving a comprehensive exploration of the country. The cruise includes scenic cruising in Milford Sound and Fiordland National Park.

A Transpacific crossing between the Pacific region and North America is offered at the beginning and end of each season. Departing April 21, 2019, Noordam sets sail from Sydney to Vancouver, British Columbia, on a 22-day journey that calls at seven ports in New Caledonia, Fiji, American Samoa and Hawaii. The ship returns to Australia on a 26-day South Pacific Crossing from Vancouver to Sydney Oct. 13, making calls in Hawaii, American Samoa, Fiji and New Caledonia.

The ship returns to New Zealand in September 2019 for an 11-day cruise before embarking on an epic 30-day Australia Circumnavigation Oct. 17. During this memorable voyage, the ship will call at 14 Australian ports, infamous Komodo Island and feature scenic cruising in the Great Barrier Reef, Ribbon Reef, Torres Strait and a sunrise at Lizard Island.

Ben Souza
Ben is a world traveler who has visited 40+ countries and taken over 70 cruises. His writings have appeared and been cited in various media outlets such as Yahoo News, MSN, NPR, Drudge Report, CNN, Fox, and ABC News. Ben currently resides in Cincinnati, Ohio. Follow Ben on Instagram. Visit Ben Souza on Linkedin. You may email Ben at [email protected]
Cruise NewsCruise Line Announces Epic 30 Day Cruise Around Australia
Previous article
Virgin Voyages Releases Dates When Cruises Will Go on Sale
Next article
Inside the $52,000/Week Suite on Celebrity Cruises’ New Ship