The first piece of steel was cut on a new Royal Caribbean cruise ship, Icon of the Seas.  Icon of the Seas will be the first in a brand new class of ship for the cruise line. 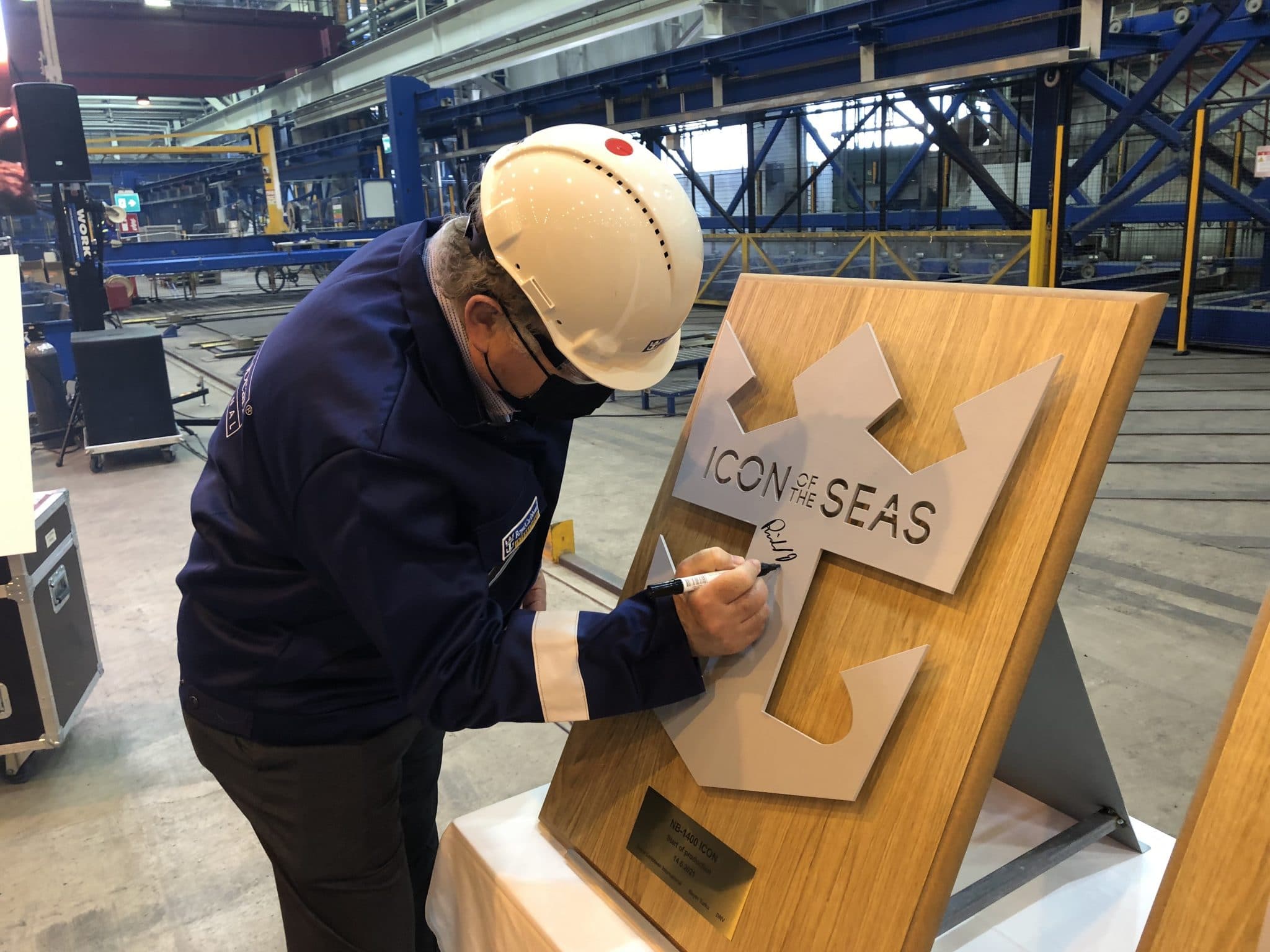 Icon of the Seas will be built at the Finnish shipyard Meyer Turku and will be the cruise line’s greenest ship yet.

Debuting in fall 2023, Icon of the Seas will be the Royal Caribbean’s first of three cruise ships to be powered by LNG (liquefied natural gas). LNG and the state-of-the-art ship’s additional environmentally friendly applications, such as shore power connection, will boost energy efficiencies and reduce carbon footprint.

More details about Icon’s advanced environmental technologies will be revealed at a future date. Royal Caribbean has also yet to release features and artist renderings of the cruise ship.

“We made our commitment to making clean power at sea a reality – and soon the norm – when Icon Class was first announced in 2016, and we’re excited to see construction underway on what will truly be a ship unlike any other,” said Michael Bayley, president and CEO, Royal Caribbean International. “Our decades of work in ocean conservation, energy efficiency and continuous improvement will be evident all throughout Icon. We look forward to revealing more of the game-changing features our guests and crew have in store as she begins to take shape.”

Royal Caribbean is already known for its decades of work in making strides on energy efficiency and reduced emissions through such technologies as air lubrication, which sends billions of microscopic bubbles along the hull of a cruise ship to reduce friction, and advanced waste heat recovery systems that turn waste heat into extra energy, up to 3 megawatts, to help power the ship’s operations.

Use of such technologies, including LNG, will result in further reduced emissions overall, virtually zero sulfur dioxides and particulates, and a significant reduction in the production of nitrogen oxides.

Ben Souza
Ben is a world traveler who has visited 40+ countries and taken over 70 cruises. His writings have appeared and been cited in various media outlets such as Yahoo News, MSN, NPR, Drudge Report, CNN, Fox, and ABC News. Ben currently resides in Cincinnati, Ohio. Follow Ben on Instagram. Visit Ben Souza on Linkedin. You may email Ben at [email protected]
Cruise NewsRoyal CaribbeanConstruction Begins on New Royal Caribbean Ship, Icon of the Seas
Previous article
First Cruise Ship Docks in Cozumel in Over a Year
Next article
MSC Cruises Opens August Sailings From Miami for Bookings