Celebrity Cruises Takes Delivery of Their Newest Ship, Celebrity Beyond

Celebrity Cruises President and CEO, Lisa Lutoff-Perlo, was joined by Royal Caribbean Group’s President and CEO Jason Liberty as well as Captain Kate McCue, as they officially took ownership of Celebrity Beyond from the Chantiers de l’Atlantique shipyard in Saint-Nazaire, France. 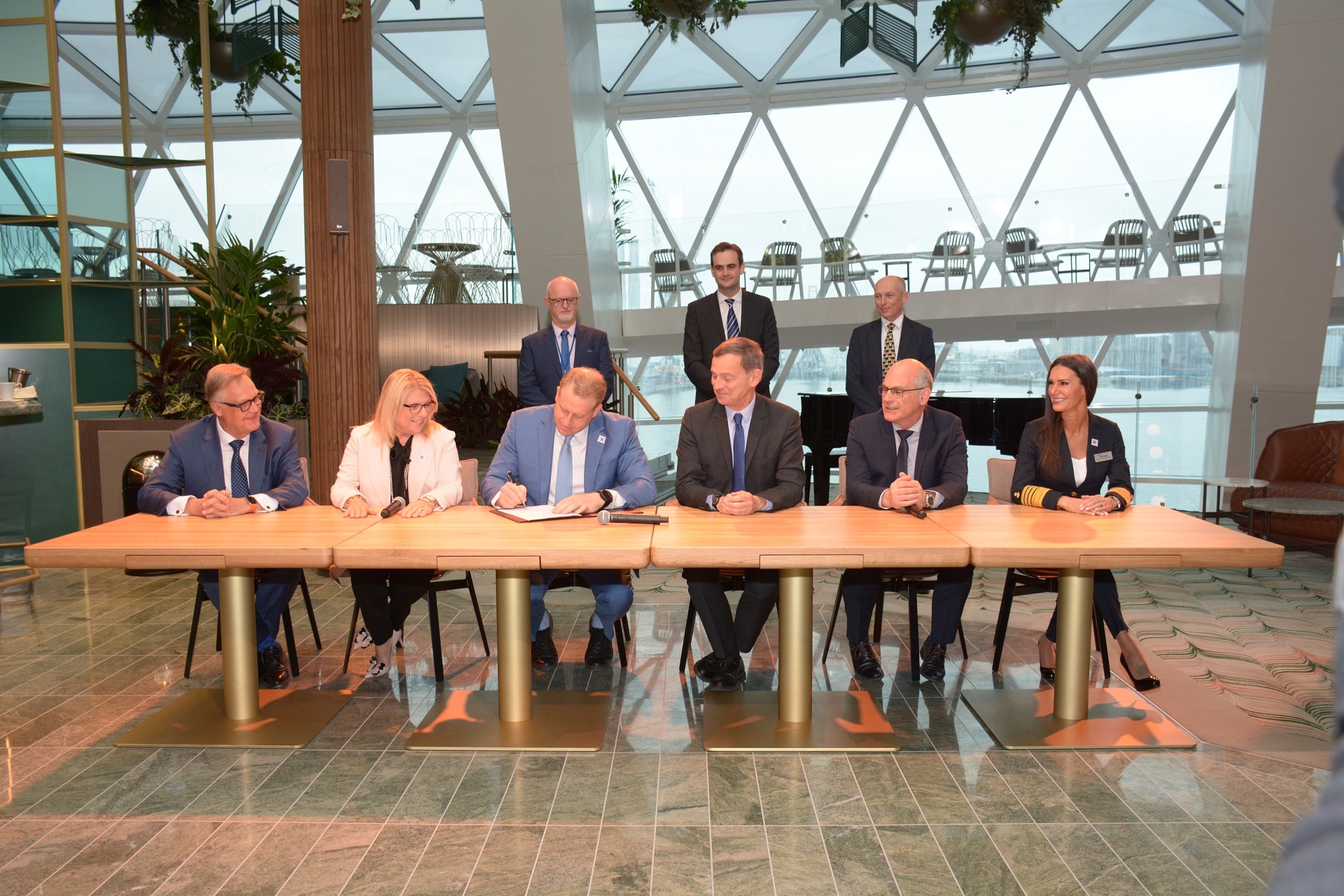 The occasion was celebrated alongside other Celebrity Cruises executives, shipyard officials including General Manager Laurent Castaing, and Beyond’s 1,400 crew members from over 60 different countries.

“The delivery of Celebrity Beyond today marks our ongoing commitment to growth and innovation; today, we celebrate the future of travel and its possibilities,” said Liberty. “This incredible ship, on this long-awaited day, signifies our commitment to investing in the future of the travel industry, as well as the ship building industry in Europe. We are so grateful to the Chantiers de l’Atlantique team; our own Newbuild and Celebrity Cruises team; our loyal guests and trade partners, and everyone who has contributed their time, resources, creativity and loyalty. We look forward to what’s to come as the travel industry grows to new peaks.”

The cruise ship will then offer a variety of Mediterranean journeys including nine-night Italian Riviera and France itineraries and 10-night Greek Isles itineraries through early October, when she then heads to the Caribbean. Cruises on the ship are open for bookings.

Ben Souza
Ben is a world traveler who has visited 42 countries and taken over 50 cruises. His writings have appeared and been cited in various media outlets such as Yahoo News, MSN, NPR, Drudge Report, CNN, Fox, and ABC News. Ben currently resides in Cincinnati, Ohio. Follow Ben on Instagram. Visit Ben Souza on Linkedin. You may email Ben at [email protected]
Cruise NewsCelebrity CruisesCelebrity Cruises Takes Delivery of Their Newest Ship, Celebrity Beyond
Previous article
Carnival Booked More Cruises In One Week Than Ever Before
Next article
First Cruise Ship in Two Years Will Visit Canada This Weekend