Celebrity Cruises is offering an industry first, a unique mobile cinema tour of their next incredible cruise ship, Celebrity Edge. 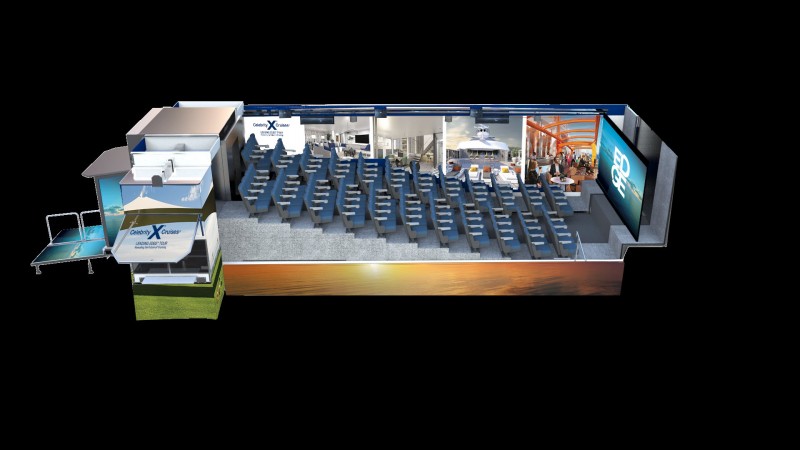 The modern luxury cruise line is taking the story of Celebrity Edge on a cross-country journey; the ‘Leading Edge Mobile Cinema’ will make 48 stops over 12 weeks, beginning March 29 through June 20, and travel more than 10,000 miles while sharing the story of the ship designed to leave the future behind with more than 20,000 people.

Attendees will be welcomed on a red carpet as they enter Celebrity’s state-of-the-art, custom-built 91-seat high-definition mobile cinema for a 15-minute cinematic experience, including a 3-D animatic reveal of Celebrity’s newest class of ships in nearly a decade – Edge Class. Inside, guests will enjoy beverages and gourmet truffle popcorn, and have the opportunity to win one of more than 50 modern luxury giveaways with Celebrity.

A complete list of cinema tour stops can be found at www.celebritycruises.com/edge/mobile-tours/.

Celebrity’s mobile tour will launch on March 29 at the Sonoma International Film Festival. Screening inside the mobile cinema will be the world premiere of “This Side of the Dirt” by Tito’s Vodka founder Tito Beveridge as well as the US premiere of “Goddesses of Food” by director Vérane Frédiani, a  documentary following innovative, inspired women in the world of food – including star chefs, sommeliers, mixologists, and activists – working to change the world through gastronomy. 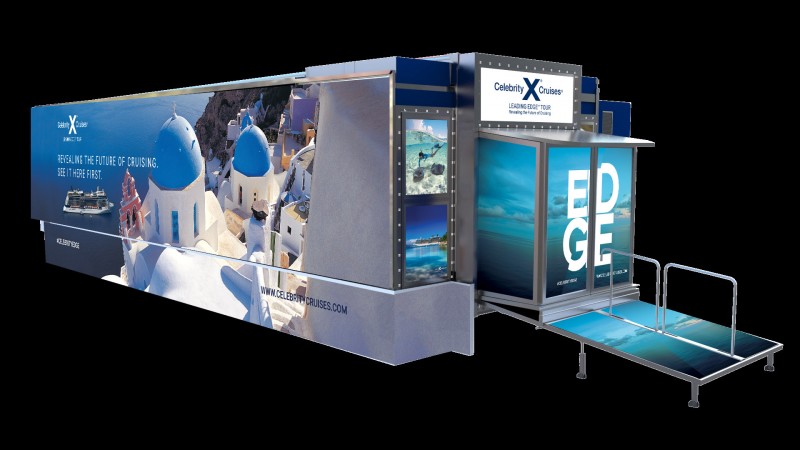 Dondra Ritzenthaler, Senior Vice President, Sales, Trade Support and Service, Celebrity Cruises, gave the following statement: “The feedback on Celebrity Edge has been incredible and the ‘Leading Edge Mobile Cinema Tour,’ allows us to show even more people across the country how transformative the ship is. By partnering with festivals and special events nationwide, we’ll be able to show the world what we mean when we say Celebrity Edge is designed to leave the future behind.”

Celebrity Edge will homeport in Fort Lauderdale, FL., making her first sailing December 16, 2018. Bookings are now open at www.celebritycruises.com/edge, or through a travel agent, for the ship’s two seven-night Caribbean itineraries. Celebrity Edge will be joined by three sister ships in 2020, 2021 and 2022.