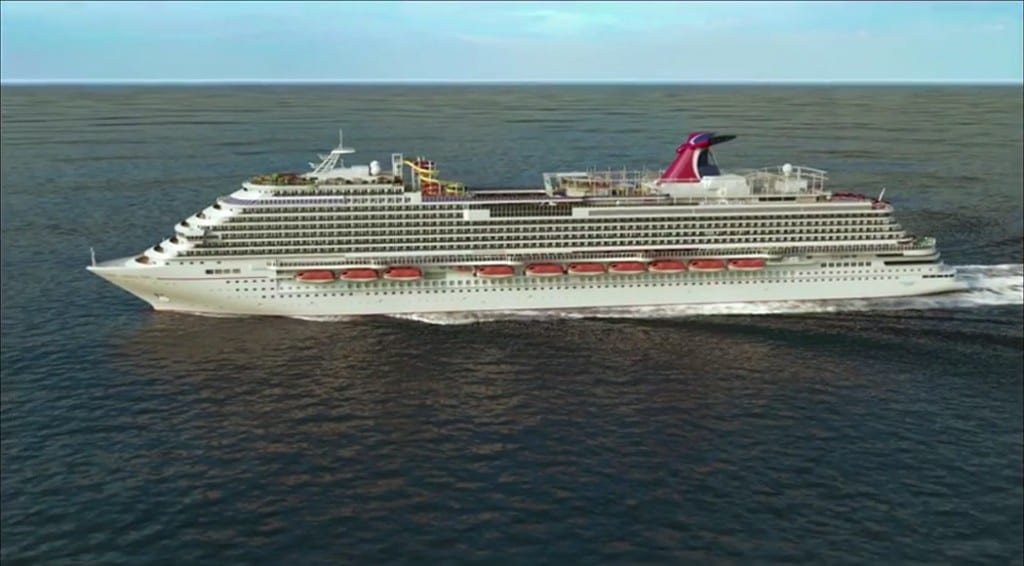 Carnival Vista is set to debut in May 2016 and will be the largest cruise ship in Carnival’s fleet at 133,500 gross tons.  The cruise ship will bring a number of new features to the cruise industry and will be the cruise line’s first build since Carnival Breeze.  Read 8 much see features on Carnival Vista. The ship will carry nearly 4,000 passengers at double occupancy and will homeport in Miami, Florida after a season of sailing to Europe.

Royal Caribbean’s Harmony of the Seas, soon to be the world’s largest cruise ship at over 227,000 gross tons, came in a distant second place in voting. This 3rd Oasis class ship from Royal Caribbean will carry over 6,000 passengers on 16 passenger decks. The ship will homeport in Port Everglades after a season in the Mediterranean.

Ovation of the Seas, ms Koningsdam, Seven Seas Explorer, and Viking Sea followed Carnival Vista and Harmony of the Seas in voting.