Carnival Cruise Line has announced that as part of their ongoing effort to keep their culinary offerings fresh and exciting for passengers, the cruise line will be revamping several of their menus and reintroducing Baked Alaska across their fleet of cruise ships. 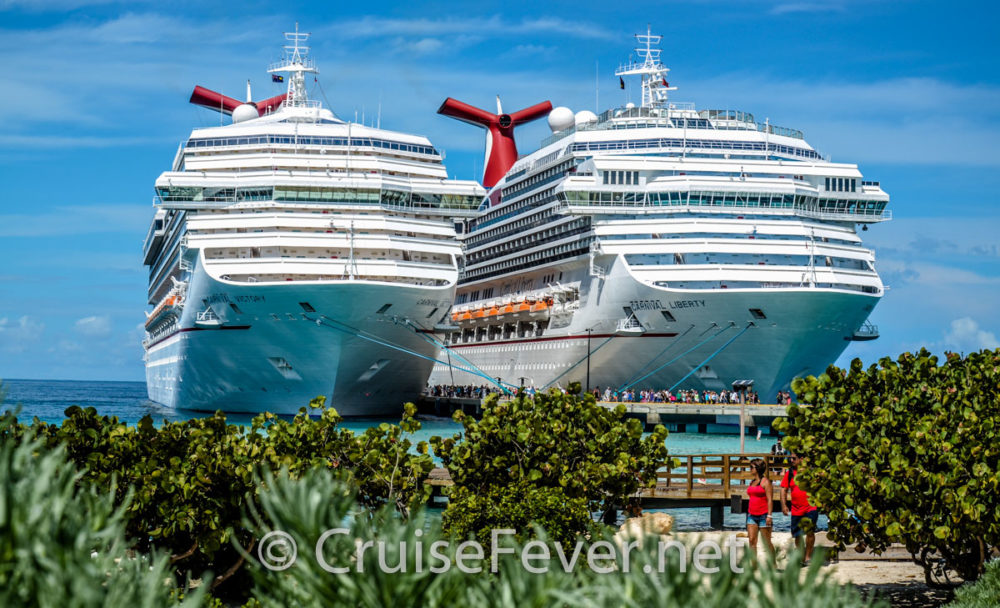 Baked Alaska – a classic dessert made of cake and ice cream topped with merengue – is also being reintroduced after several years with uniformed waiters performing the time-honored tradition of parading the tasty confection throughout the dining room prior to service.

The updated steakhouse menus, currently available on three ships, offer mouth-watering appetizers such as Iced and Smoked Fresh Oysters with Apple Mignonette; Tuna Tartare with Yuzu Sphere and Avocado “Leche de Tiger”; Risotto with Crab, Mushroom and Brown Butter, and Heritage Berkshire Pork Belly with Apple Walnut Preserve. These complement a selection of USDA prime steaks, including new items such as an A-5 Wagyu steak and lighter fare like Farmhouse Chicken with Roasted Honey Vinegar and Dover Sole Pan-Seared with Lemon Potato-Mousseline and Shallot Emulsion. Four additional ships are expected to get the new menus by early next year.

The new menu for Cucina del Capitano reflects the diversity of Italy’s culinary regions, with dishes like Branzino Al Forno in Crosta Dorata with tomatoes, stewed chickpeas, salmoriglio and mushroom bark, along with Risotto Milanese with saffron and Parmesan cheese, Grande Braciola Di Maiale – a tomahawk pork chop with fennel pollen, shallots and crispy sage – and Costina Di Manzo Con Porcini with salsa verde and young tomato bruschetta. House-made burrata – an Italian favorite made with mozzarella and cream and distinguished by its rich buttery flavor – has been added to menus as well, with classic Italian favorites like chicken Parmesan, meatballs and fried calamari also available.

Breakfast menus in the main dining rooms are just as varied with delicious options such as avocado toast; a Breakfast Bowl featuring kale, spinach, faro wheat berries, sesame seeds, feta cheese, raspberries and a sunny side up egg; and fresh-baked Broccoli and Cheddar Egg Frittata.

For those on the go, a new “breakfast express” is available on port days featuring orange juice, eggs, hickory-smoked bacon or sausage and pastries, all “in and out” within 25 minutes. An assortment of traditional breakfast favorites such as French toast, pancakes and cereals is also offered. Thus far, 12 ships feature the popular new breakfast items with the balance of the fleet expected to receive the new menus by mid-2018.

The line’s delis have undergone a dramatic change, as well, with an updated design and host of new choices, including seven sandwiches such as meatball, buffalo chicken, and The Cubano with roasted pork, ham, pickles, mustard and Swiss cheese, along with Southwest chicken, falafel and turkey wraps. Diners can enjoy a sweet finish to their meal with a Salted Chocolate Chip Cookie baked fresh every morning.

Carnival is also re-branding its 24-hour pizzerias to Pizzeria del Capitano offering five kinds of hand-tossed, thin-crusted pies – from Margherita and pepperoni to artisan-style quattro formaggio, mushroom, and prosciutto. The re-branded delis and pizzerias will be incorporated into additional vessels during scheduled dry docks.

With the popularity of Seafood Shack which debuted on Carnival Vista last year and offering lobster rolls, fried clams, chowder and other New England-inspired fare, the concept has been expanded to nine additional ships.