Carnival Cruise Line has now canceled five cruises and altered at least seven other itineraries due to Hurricane Irma. 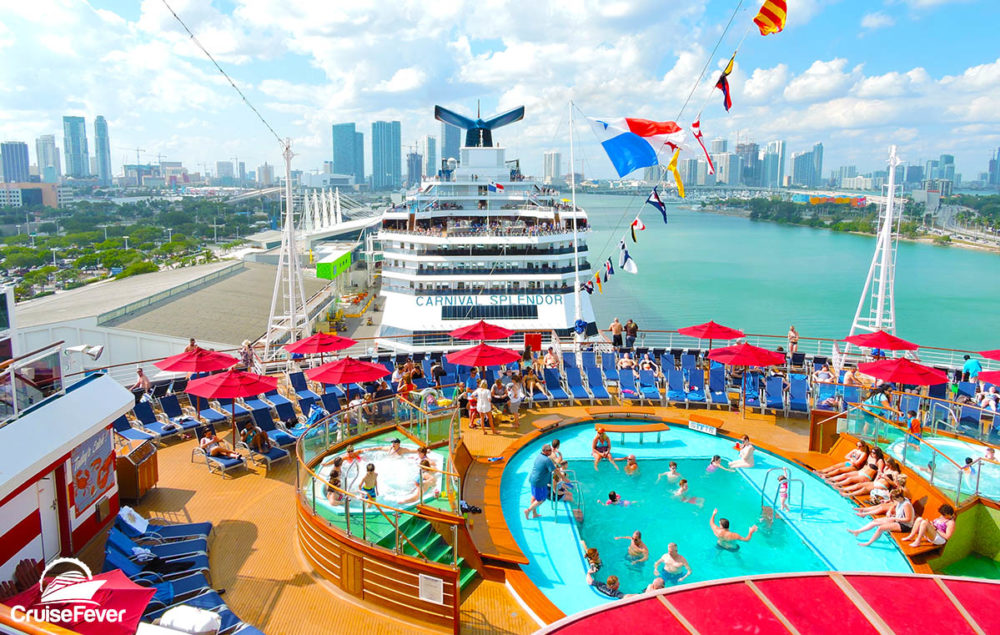 The five canceled Carnival cruises are as follows:

A full refund will be automatically processed, including Fly2Fun reservations, pre-purchased Carnival Adventures, Fun Shop purchases and beverage packages. The refund will be processed to your original form of payment within three weeks.

While it is difficult to predict the storm’s path with complete certainty, at this point, it is expected that the storm will impact South and Central Florida in the next several days. The safety and security of Carnival’s guests and crew are their first priority and their ships will remain a safe distance away from the storm at all times.

Carnival is remaining in constant contact with port officials regarding potential port closures. Given the uncertainty of the storm’s impact, they expect that they may have to shorten the duration of certain cruises scheduled to depart this weekend.

Carnival Glory – September 9
Now scheduled to depart Miami on September 12 on a 4 day cruise to Cozumel.

Carnival Fascination – September 10
We will confirm our plans for this cruise on Friday at 1:00 PM.

Carnival Sensation – September 11
Will now depart on September 13 for a 3 day cruise to Nassau.

Carnival Victory – September 11
Will now depart on September 12 for a 3 day cruise to Nassau.

Guests who sail on shortened cruises will receive a pro-rated refund of their cruise fare. Additionally, anyone who pre-purchased our beverage packages will also receive a pro-rated adjustment. These refunds will be to the original form of payment within three weeks. Pre-purchased Carnival Adventures for cancelled ports, as well as any taxes, fees and port expenses will be refunded to your onboard Sail & Sign account. Gratuities will also be adjusted to reflect the shortened duration.

Unless specifically noted above, there is no compensation for itinerary modifications for cruises that maintained the same duration. Guests who decide to cancel because their cruise duration has changed, will receive a future cruise credit in the amount paid. Please call 1-800 CARNIVAL, your Personal Vacation Planner or your travel professional.

Carnival Cruise Line will continue to closely monitor Hurricane Irma’s forecasted track and provide further updates as needed. Please sign up for text alerts by texting the codes below to CRUISE (278473).