A small fire broke out in one of the boiler rooms on the ms Westerdam causing the cruise ship to return to Seattle Saturday evening. 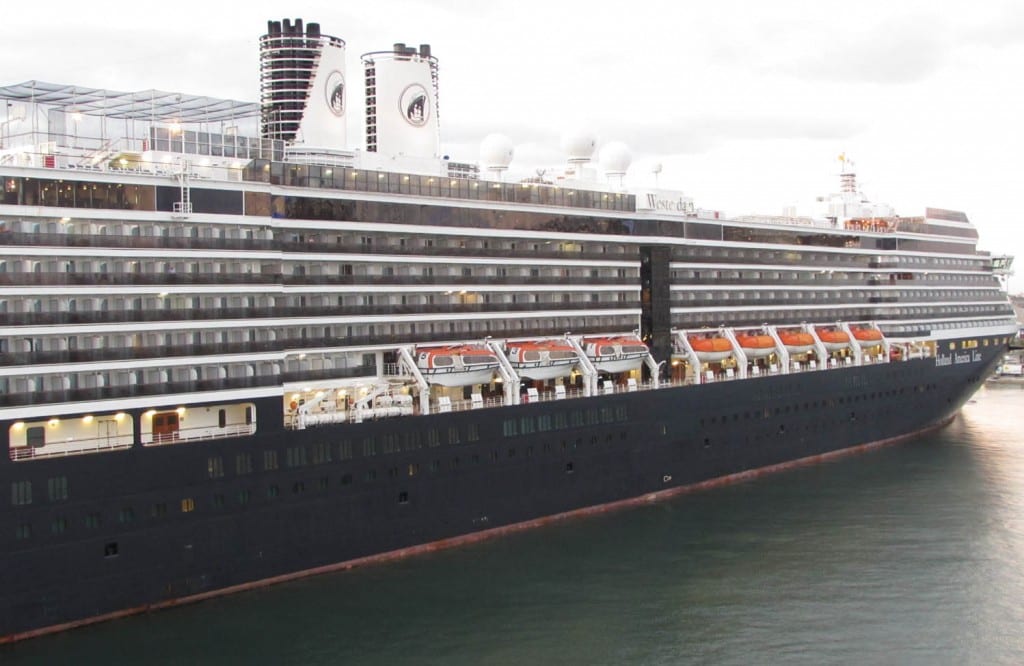 The fire broke out on the ms Westerdam a little over an hour after the ship had left the Port of Seattle. The fire was quickly extinguished and there are no reported injuries to the crew or passengers. Onboard announcements were made informing passengers of the small fire in the boiler room.

The Holland American Line ship returned to Seattle for inspection at approximately 8:00 p.m. under the ships own power.  The hotel systems and guest services were fully operational at all times.  The ship was cleared by the Coast Guard and the vessel resumed the cruise to Alaska at 10:15 a.m. Sunday morning.

Passengers will receive $250 per stateroom in onboard credit as well as a 25% certificate towards a future cruise equal to the cruise fare that they paid.  Any changes to the current itinerary will be communicated with guests onboard.

The ship’s itinerary had stops in the ports of Juneau, Alaska; Sitka, Alaska; Ketchikan, Alaska; and Victoria, British Columbia.  The Westerdam will now skip the stop in Sitka due to the extra night in Seattle.

Holland America released the following statement on their website about the fire:

There has been a small fire in one of the boiler rooms onboard ms Westerdam as she sailed from Seattle earlier this evening which was quickly extinguished. All guests and crew are safe. Out of an abundance of caution and in coordination with the United States Coast Guard the ship has returned to Seattle. The ship is fully operational and there has been no impact on guest services.It is anticipated that the ship will depart again once the assessments are competed and continue her voyage to Alaska.

The 82,348-ton Westerdam was beginning a 7-day Alaska cruise that departed Saturday afternoon. The situation is being evaluated and more information will be provided as it becomes available. There are 2,086 guests and 798 crew onboard.