430,000 Gross Ton Cruise Ship Prototype Is Double the Size of the Oasis Class

This past week at Seatrade Cruise Global in Miami, the Meyer Werft shipyard had several interesting cruise ship prototypes on display including a 430,000 gross ton ship that is far larger than any other cruise ship ever built. 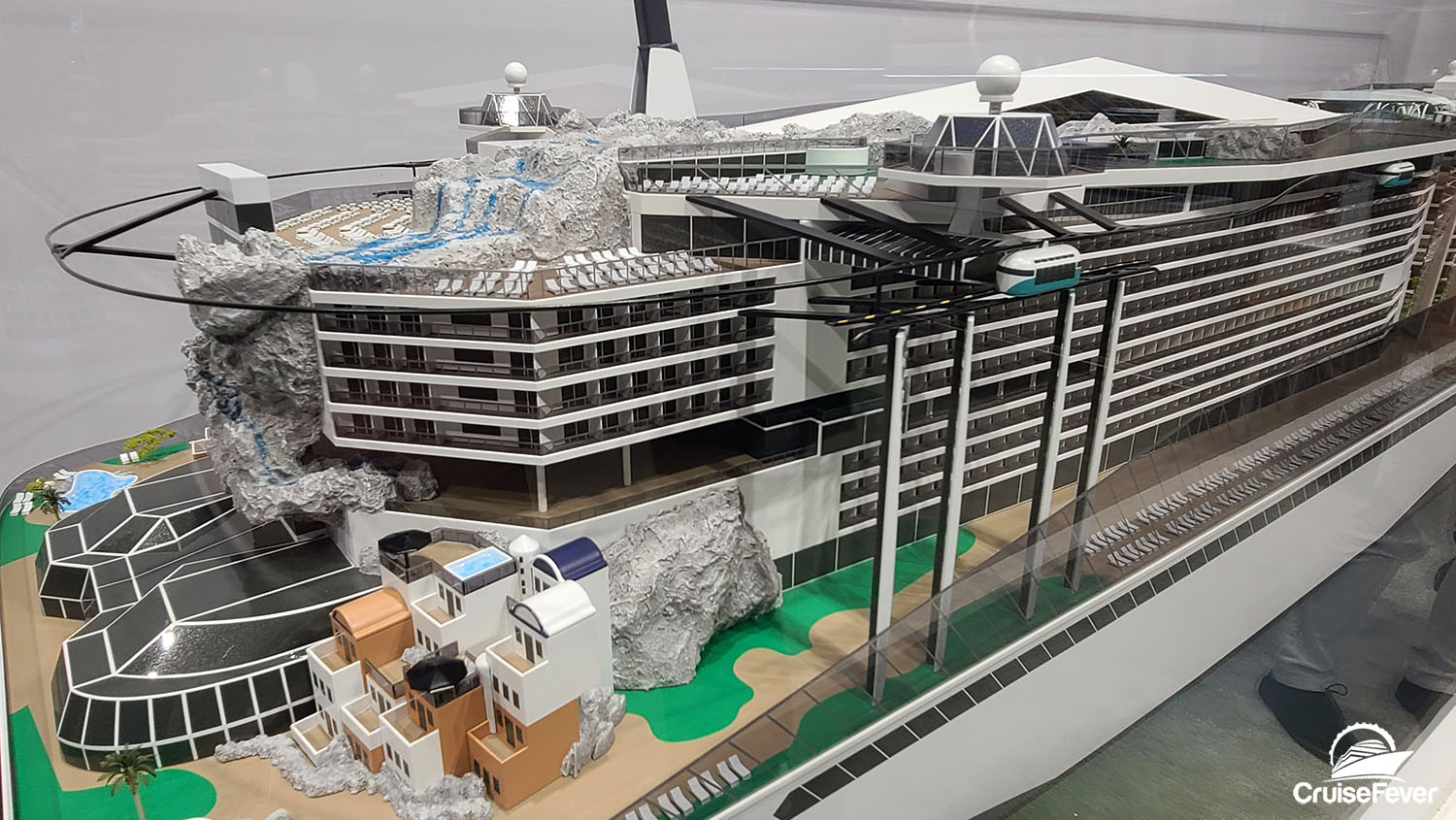 Project Trimaran is a prototype that is unlikely to ever be built due to its enormous size. It would be almost twice as big as the current largest ship in the world (Royal Caribbean’s Oasis class) and would likely carry between 12-15,000 passengers. 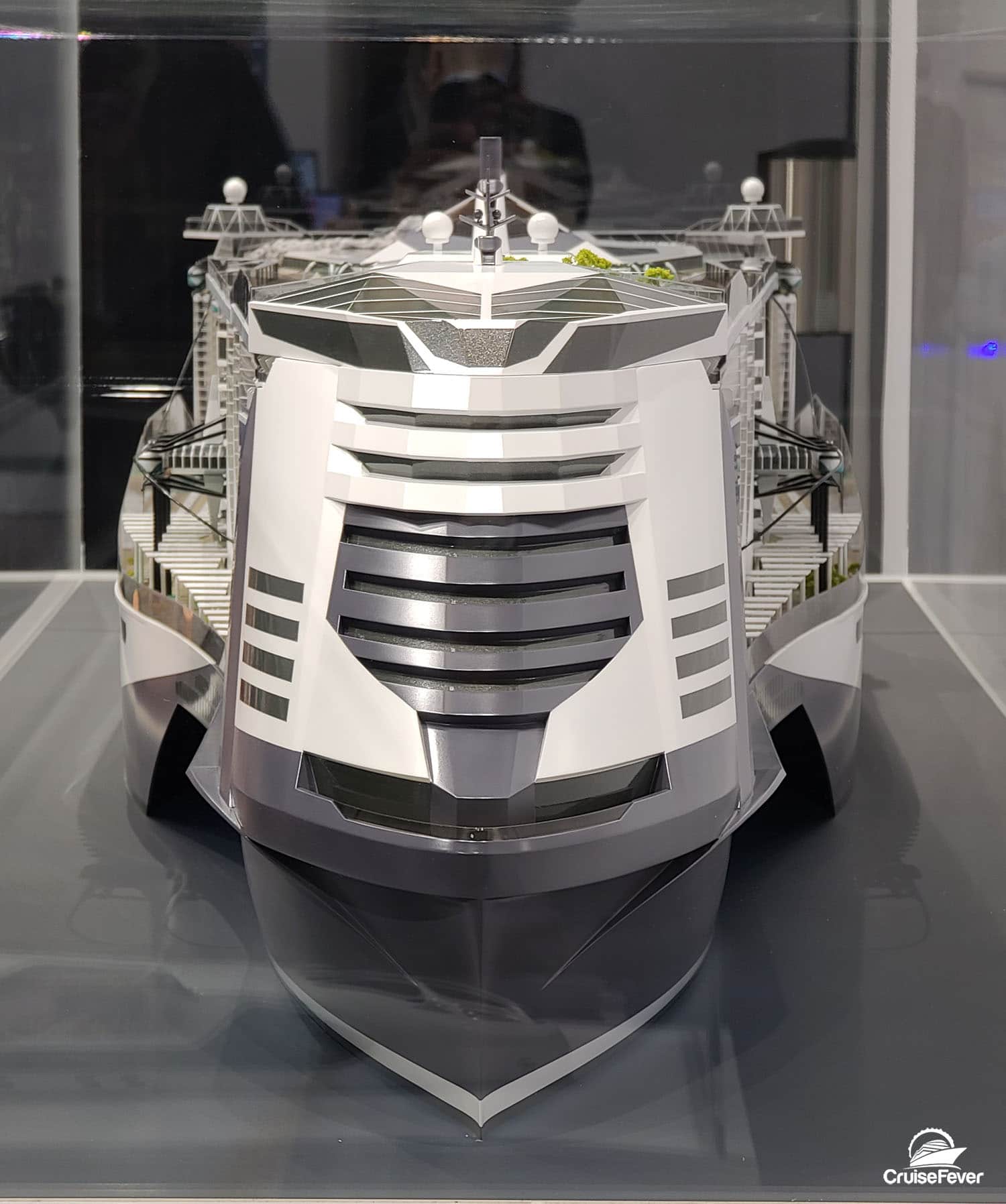 One of the things that was interesting on this ship was the open areas in the middle of it. You could see right through the middle of the cruise ship. It also had a people mover (black line that goes around the ship), similar to what was proposed on Carnival Cruise Line’s Project Pinnacle that was never built. 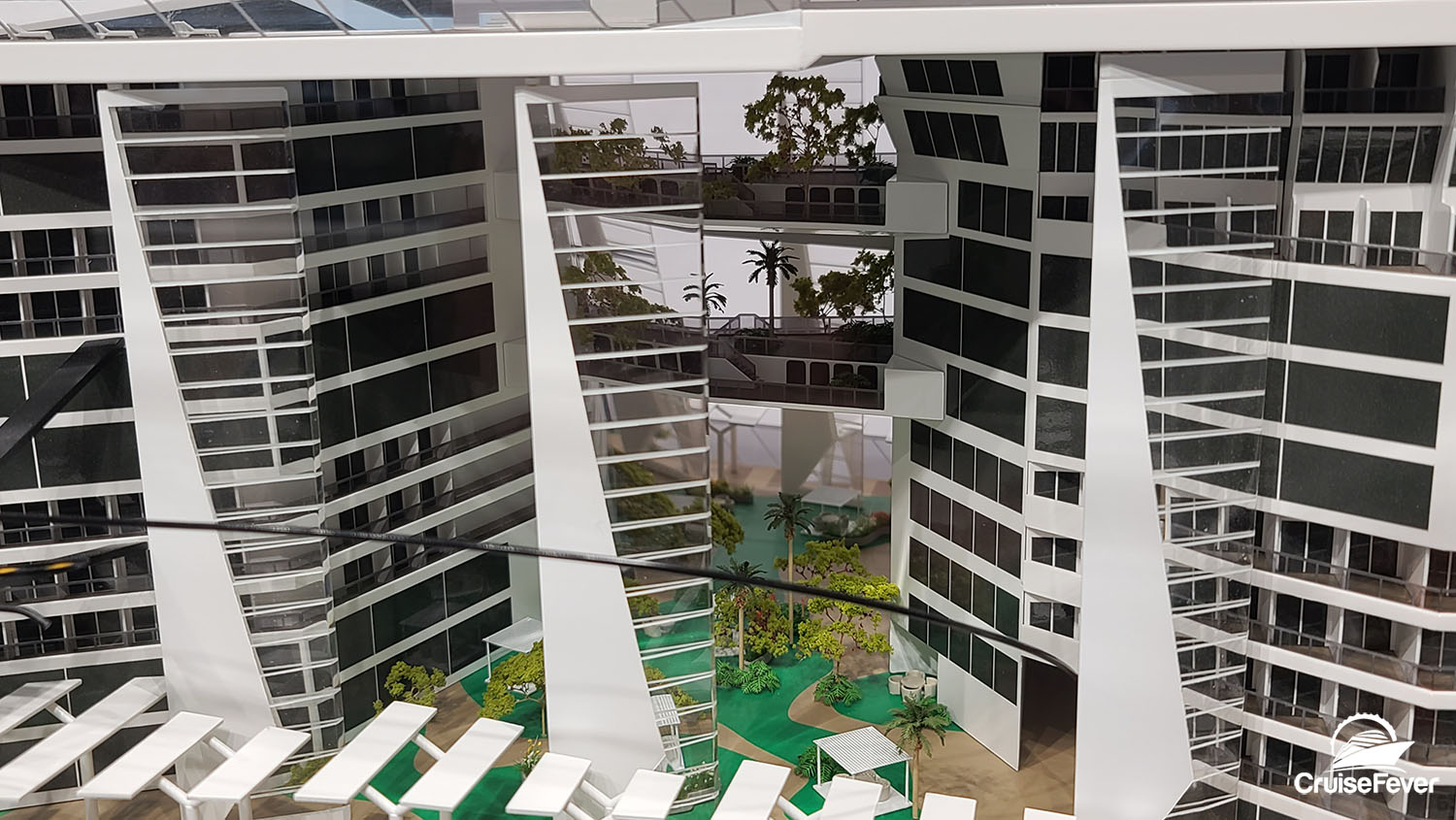 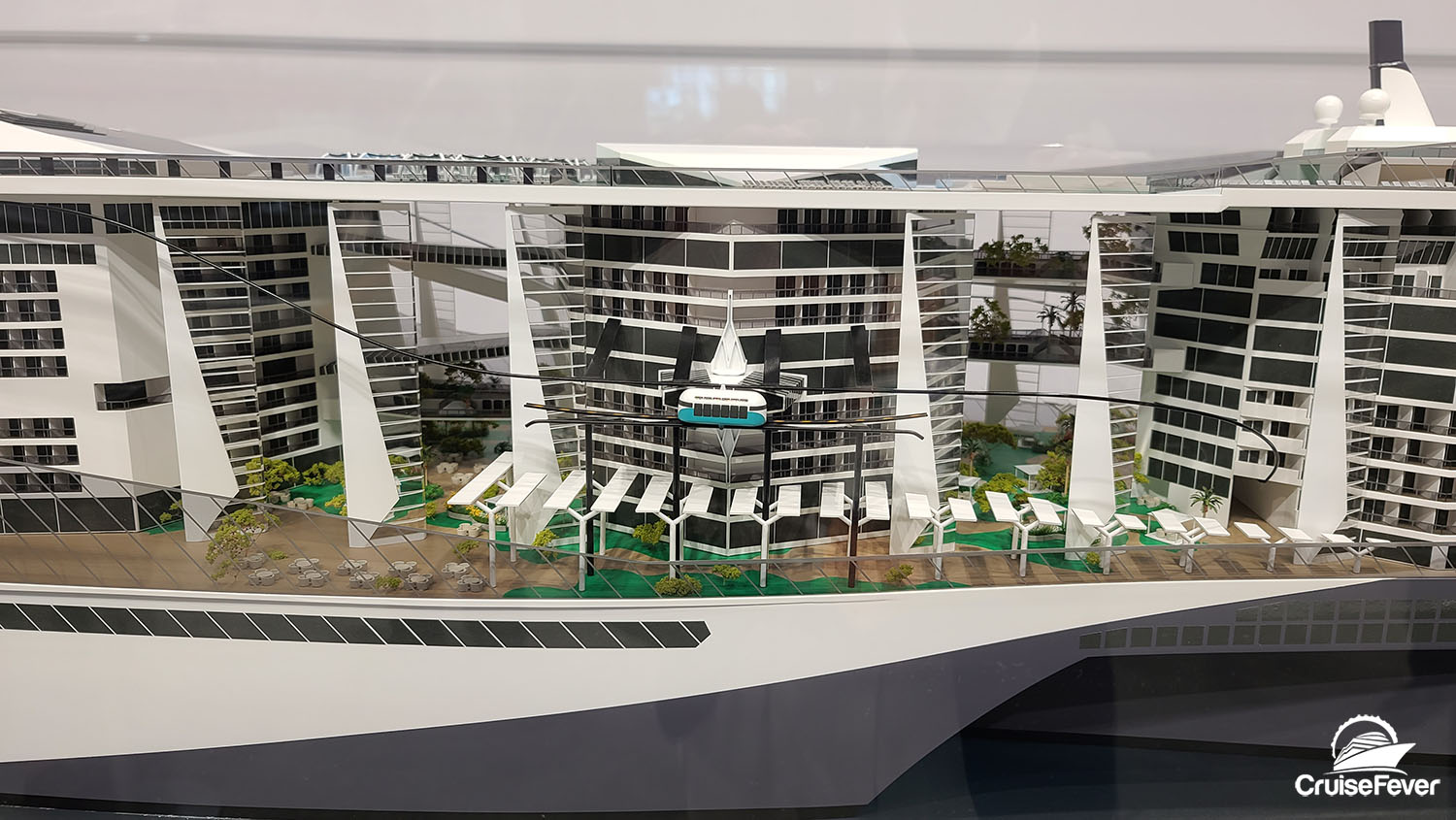 A view of the top of the ship. 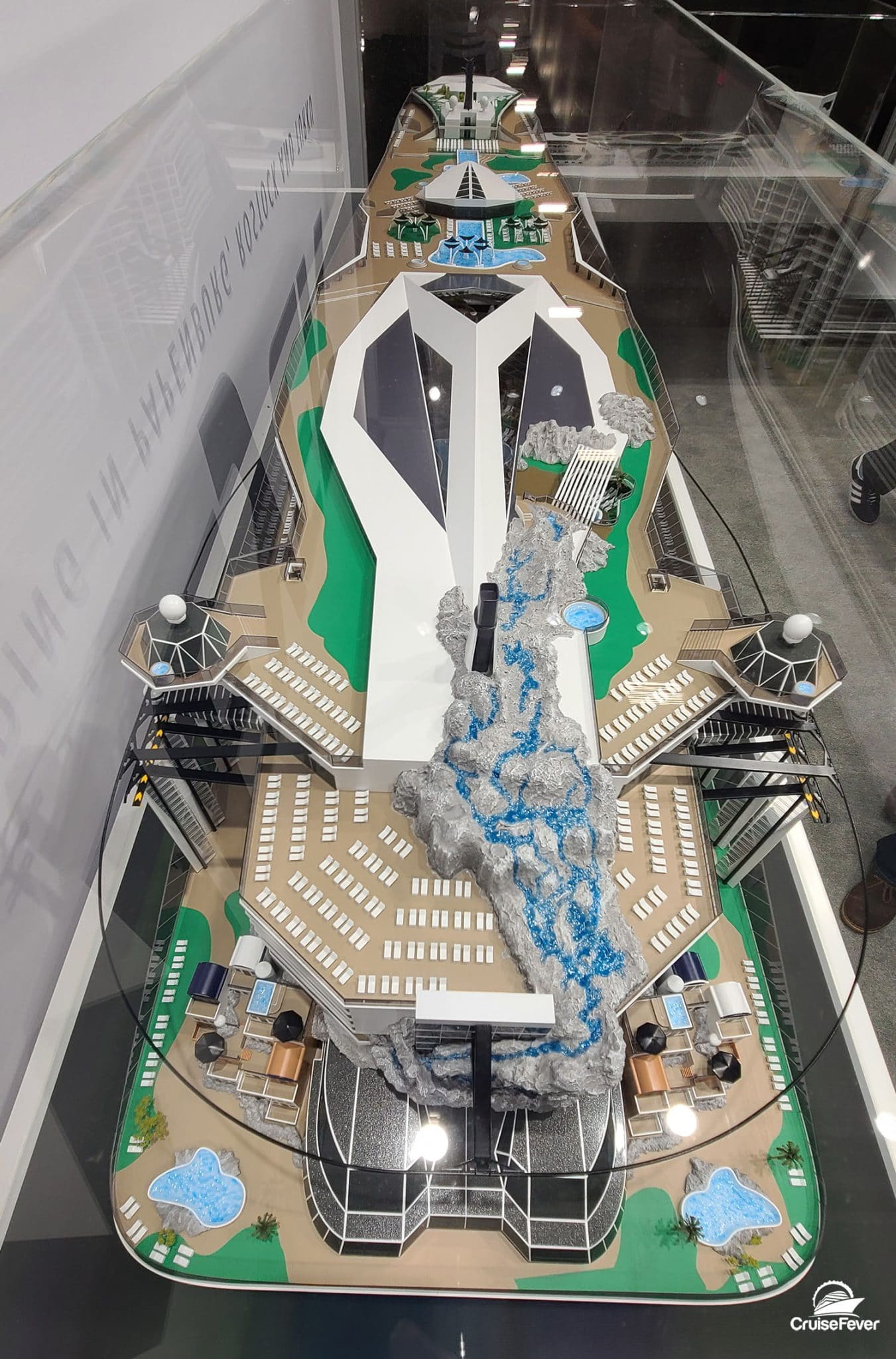 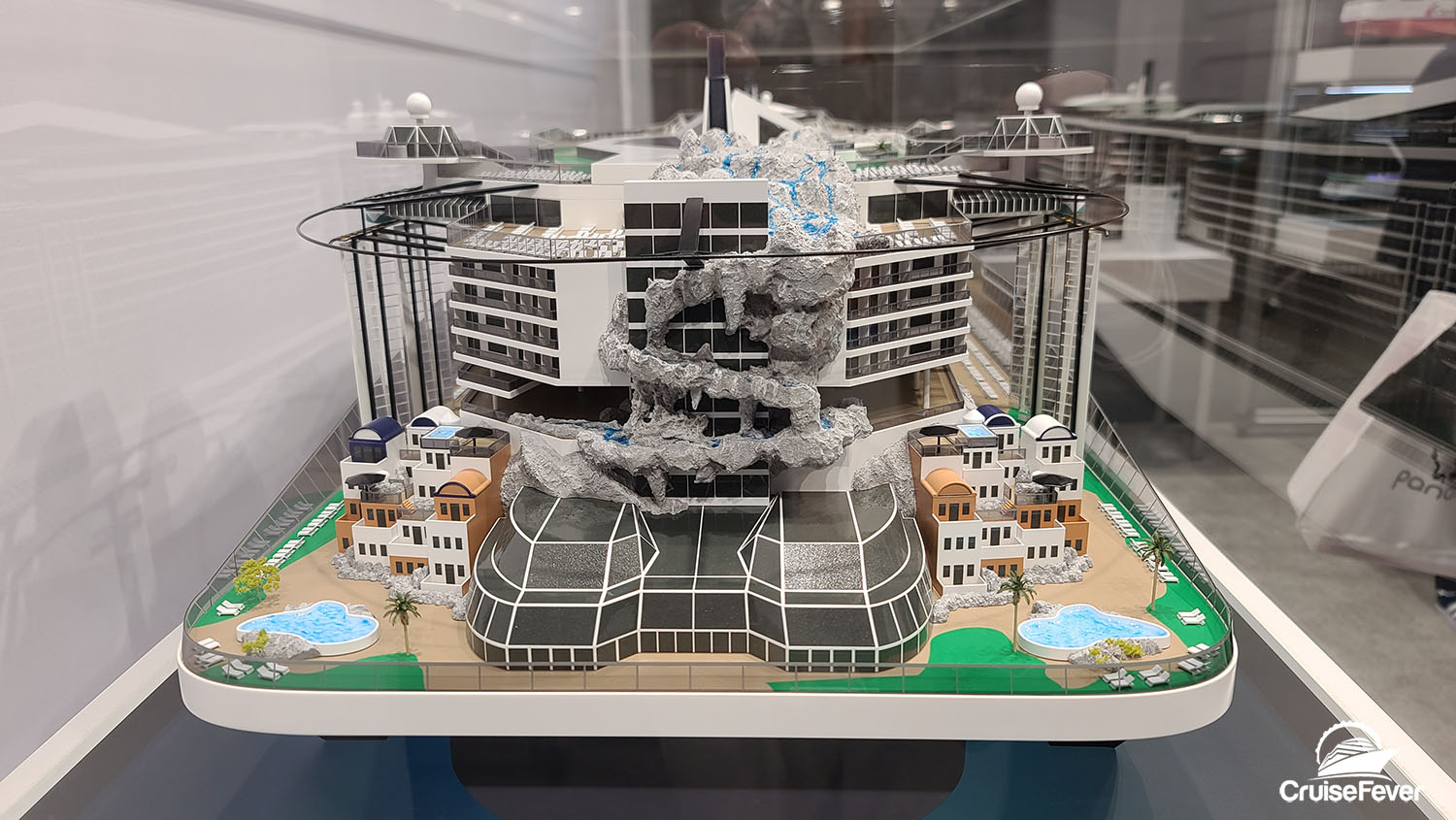 Size of the ship is listed below. It also would be about a football field longer than any current cruise ship. 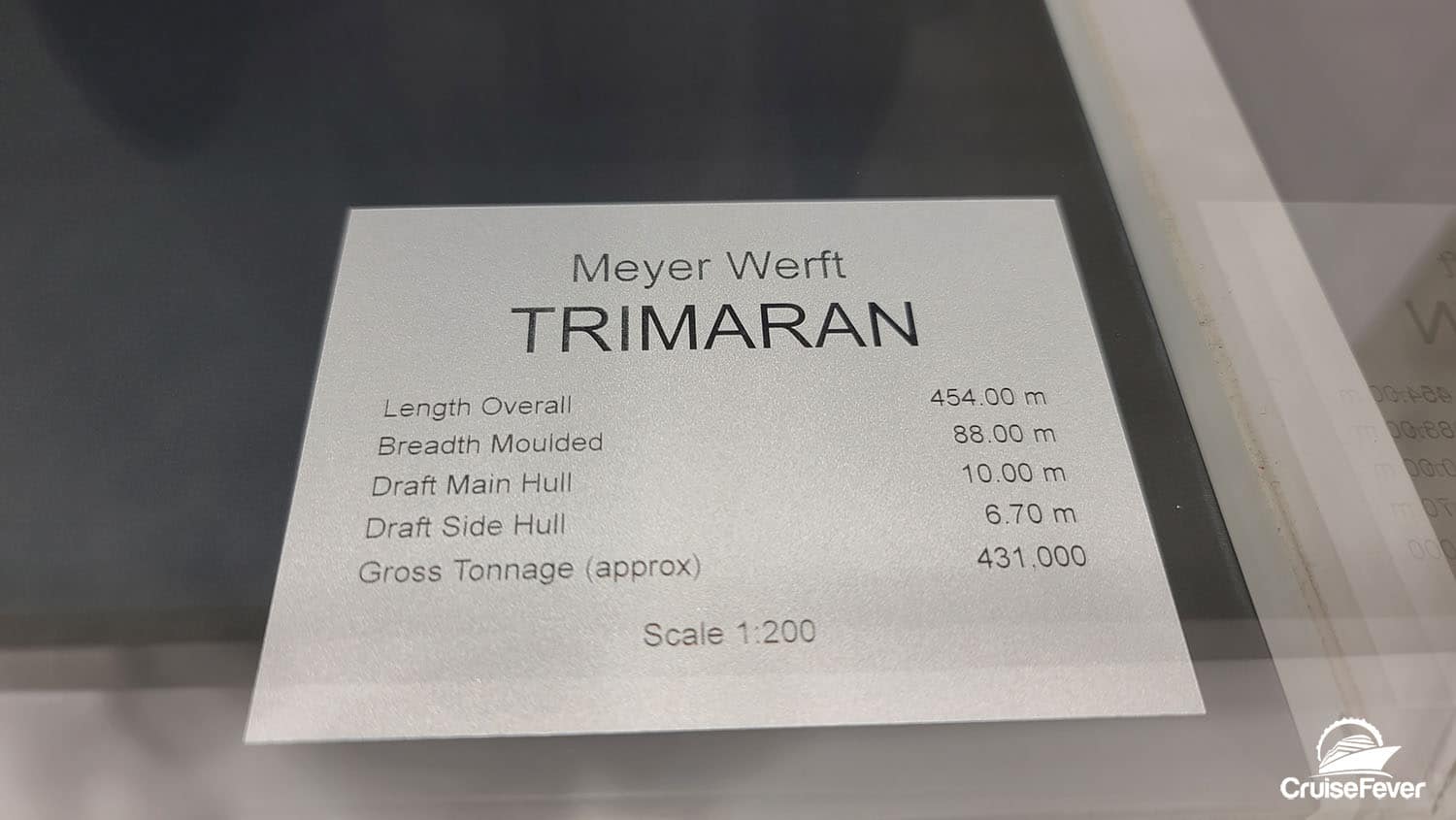 Another interesting prototype was Project Helix, a 181,000 gross ton ship that possibly could be ordered by a cruise line in the future.  One of the features that we really loved was the pods that stick out in front of the ship creating unique lounges for a few cabins. 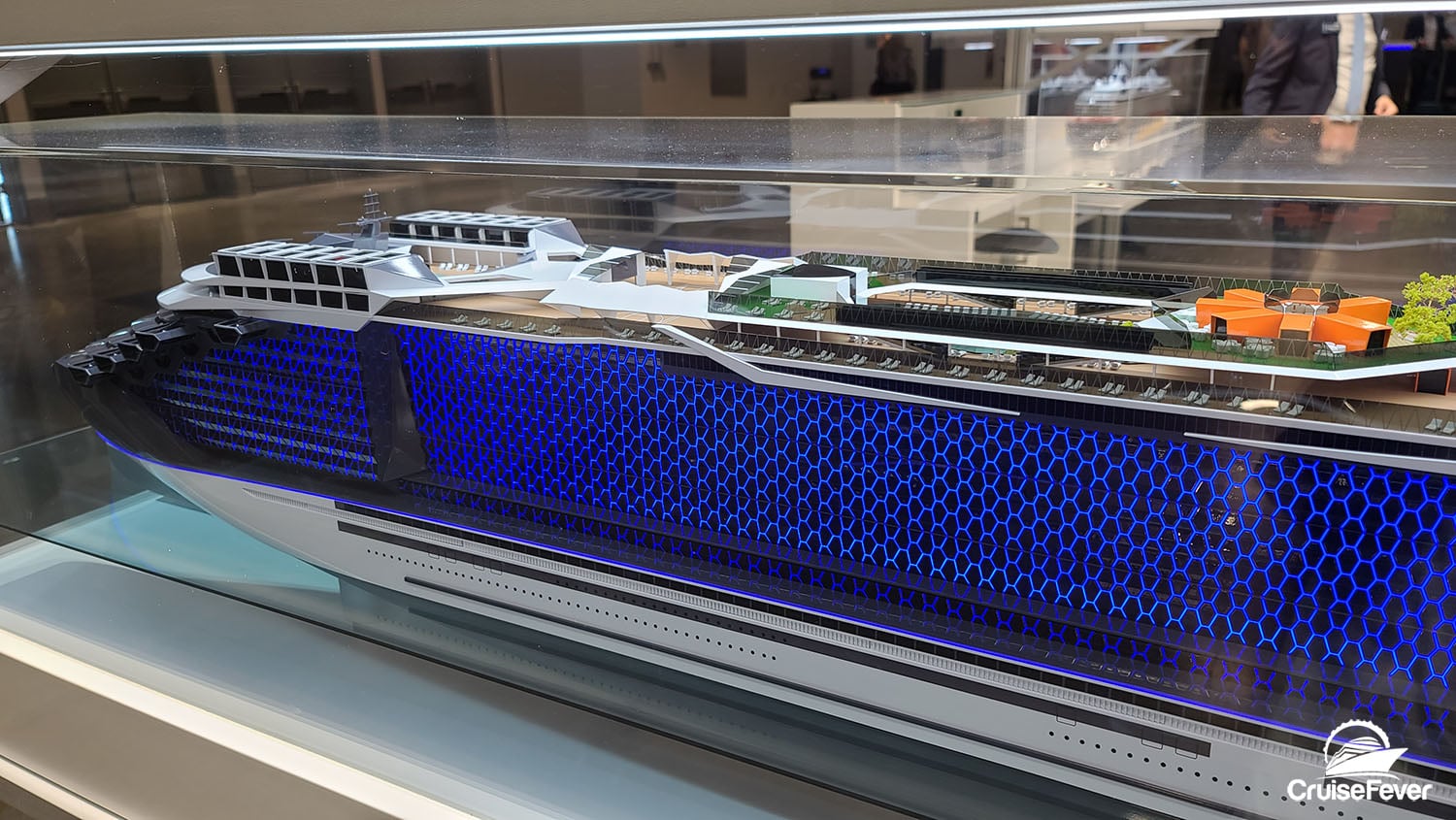 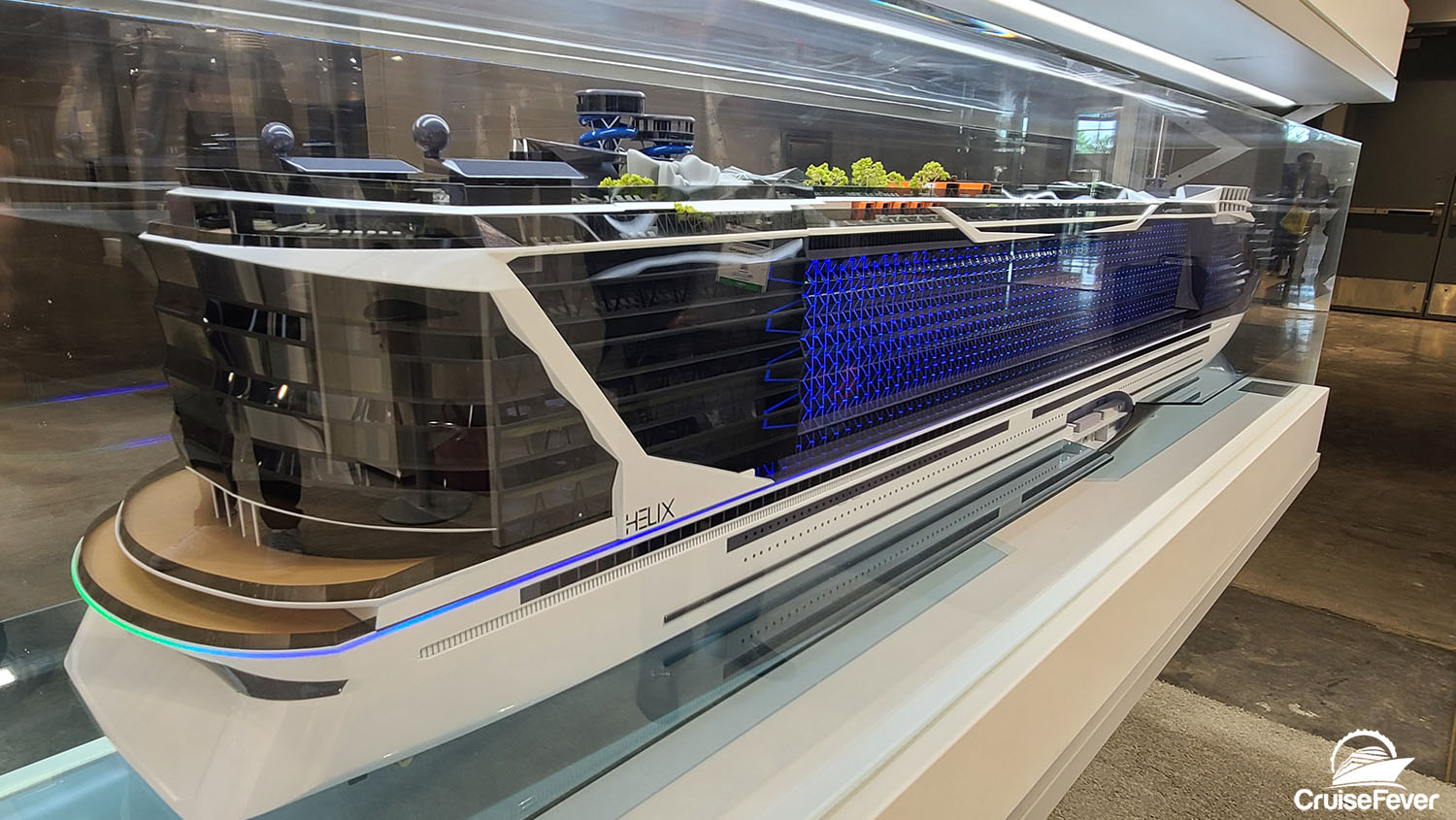 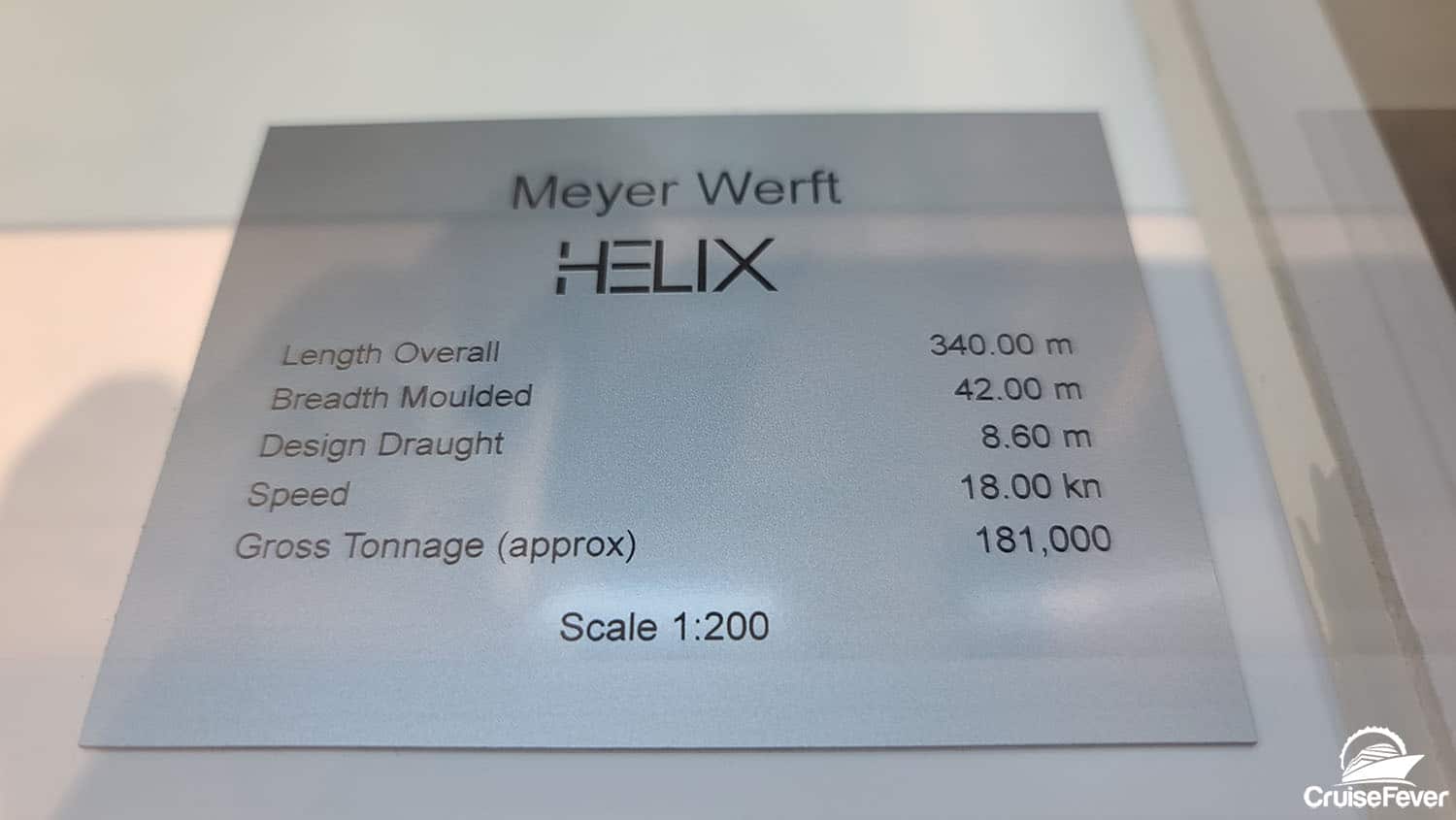 Time will tell if either of these two cruise ships ever get built.