Norwegian Escape Headed to NYC in 2018

Norwegian Cruise Line has announced that Norwegian Escape will sail out of New York City and Norwegian Breakaway will be based in Northern Europe in the Summer of 2018. 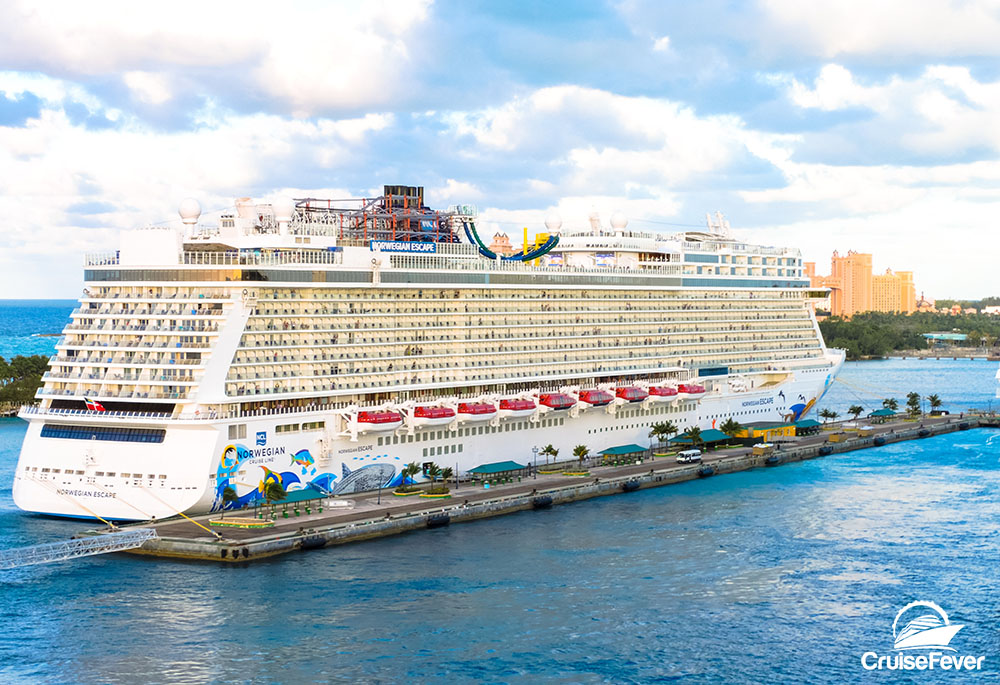 Norwegian Escape will leave her home port in Miami, Florida and sail her first cruise out of NYC on April 22, 2018.  The ship will sail week long cruises to Bermuda stopping at the Royal Naval Dockyard with fares starting at $799 per person.  These cruises to Bermuda are currently open for booking. Norwegian Escape will be the largest cruise ship to ever home port in New York City.

Norwegian Breakaway will leave New York City for the first time on April 15, 2018 for a 12 night Transatlantic cruise to Southampton, England.  The ship will sail nine day cruises to Northern Europe (Russia and Scandinavia) for the summer although itineraries have yet to be released on NCL.com at the time of press.

Norwegian Escape is currently the largest cruise ship in the Norwegian’s fleet at 165,300 gross tons.  The 4,200 passenger cruise ship debuted in late 2015 and has sailed to the Caribbean from PortMiami ever since.

Other deployments announced by Norwegian Cruise Line are as follows:

Norwegian Dawn will seasonally homeport in San Juan, Puerto Rico during the winter 2018/2019 season, sailing to the heart of the Southern Caribbean on seven-, 10- and 11-day cruises, with calls in  Barbados, St. Lucia, Antigua and more. Guests can also sail to the Southern Caribbean from Miami on Norwegian Jade, on a 10-day cruise on select dates from November 2018 – April 2019.

Ben Souza
Ben is a world traveler who has visited 40+ countries and taken over 70 cruises. His writings have appeared and been cited in various media outlets such as Yahoo News, MSN, NPR, Drudge Report, CNN, Fox, and ABC News. Ben currently resides in Cincinnati, Ohio. Follow Ben on Instagram. Visit Ben Souza on Linkedin. You may email Ben at [email protected]
Cruise NewsNorwegian Escape Headed to NYC in 2018
Previous article
This Year’s Top 10 Cruise Ports in the Caribbean
Next article
Princess Cruises Voted Best Cruise Line to Alaska in 2016