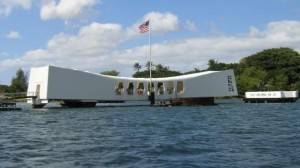 The U.S. government shutdown has had a few affects on the cruise industry.  The shutdown is currently in its second day and there are few signs that it will end soon.  What does this mean for passengers who are going on a cruise?

First off, airports are running as normal and there are no delays caused by the shutdown.  Secondly, those who are waiting on passports to arrive should not have a problem as the Service of the Bureau of Consular Affairs is still operating.

However, cruise passengers who were looking forward to visiting Pearl Harbor and other national parks are unfortunately out of luck.  This means that passengers on the Celebrity Solstice, Volendam, Pride of America, Oosterdam, Statendam, Grand Princess, and the Celebrity Century will have to make other plans if they were planning on visiting Pearl Harbor when their cruise ships stops in Oahu, Hawaii.

Besides Hawaii, ports in New England also have several national parks that are closed.  In Boston, the USS Constitution, Bunker Hill Monument, and Faneuil Hall are closed.   However, Maine has the most visited national park for cruise passengers.  Acadia National Park is closed affecting passengers on Royal Caribbean’s Explorer, Brilliance, and Grandeur of the Seas, Veendam, Massadam Celebrity Summit, Queen Mary 2, Norwegian Gem, and the Caribbean Princess.

The El Yunque Rainforest in Puerto Rico is also closed.  El Yunque is the only tropical rainforest in the U.S. National Forest System.  Other parks and monuments closed in Puerto Rico are the Felipe del Morro and Fort San Cristobal which are both located near the cruise port.

Time will tell on whether the shutdown will affect airports in the near future.  TSA has stated that airport security checkpoints will remain at full staff.  The Department of State said on its website that while normal processing times for passports remains at 3-4 weeks, picking up passports at a government building could be a problem as many of them are closed or running on limited staff.  Passports processed through the mail will be unaffected by the shutdown.

Finally, the U.S. Customs and Border Control will not be affected by the shutdown as they have been deemed law enforcement necessary for the safety of life and protection of property.  So yes, you will still have to wait in long lines going through customs when you disembark from your cruise.

Cruise Fever will continue to monitor the government shutdown and how it affects cruise passengers and will update this page with new information as it comes in.

Ben Souza
Ben is a world traveler who has visited 42 countries and taken over 50 cruises. His writings have appeared and been cited in various media outlets such as Yahoo News, MSN, NPR, Drudge Report, CNN, Fox, and ABC News. Ben currently resides in Cincinnati, Ohio. Follow Ben on Instagram. Visit Ben Souza on Linkedin. You may email Ben at [email protected]
Cruise NewsU.S. Government Shutdown Affects Cruises
Previous article
World’s Largest Cruise Ship Being Built By Royal Caribbean
Next article
Tropical Storm Karen Has Cruise Ships on Watch in the Gulf of Mexico