Help Royal Caribbean Find a Godmother for Harmony of the Seas

Royal Caribbean’s Harmony of the Seas is the world’s largest cruise ship and the cruise line has launched a contest to honor a hometown hero by naming her godmother of the ship. 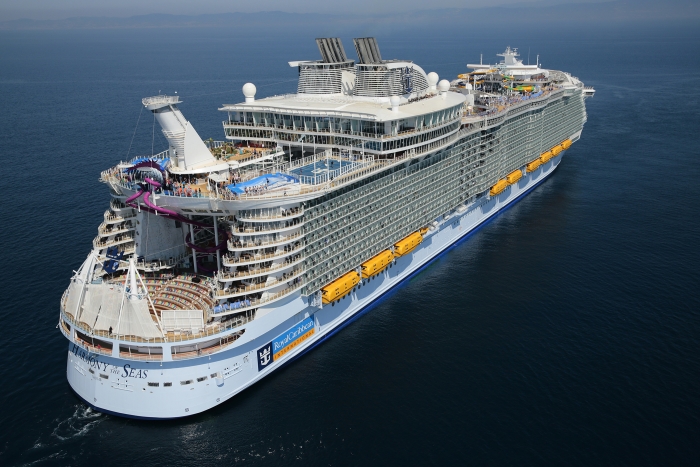 Harmony of the Seas is currently sailing a season in the Mediterranean and will arrive in her homeport of Port Everglades in early November. The naming ceremony is scheduled for November 10, 2016 and Royal Caribbean has partnered with South Florida ABC affiliate Local 10 to find a woman who is inspiring the next generation to dream big.

Residents of South Florida are asked to visit local10.com/godmother and nominate a mentor, teacher, or educator “whose passion for education and a better tomorrow inspires students to make a positive impact on the world”.  The winner will not only receive a $25,000 grant to her school or non-profit organization, but will also be honored as the godmother of Harmony of the Seas.

In addition, the godmother will have the opportunity to host a “field trip” for those whose lives she has influenced to be her guests at the Harmony of the Seas naming ceremony, and will set sail later that evening with three guests on a two-night pre-inaugural cruise. She will also receive a future seven-night cruise for two onboard the ship.

This contest is open to all volunteers, full and part time employees of a school or educational organization in Miami-Dade County, Broward County, and Palm Beach County. Visit local10.com for the official contest rules.

Michael Bayley, President and CEO of Royal Caribbean International, gave the following statement: “Royal Caribbean’s legacy is built on a dream that began in a small trailer on Biscayne Boulevard. That’s why when we thought about the godmother for Harmony of the Seas, a ship that is not just the world’s largest, but the ultimate expression of our history and future, we knew that we wanted to pay tribute to our roots and community with this designation.  Who better to welcome Harmony home than an outstanding woman who is inspiring the dreamers and innovators of South Florida’s next generation.”

Harmony of the Seas the largest cruise ship ever built at 227,000 gross tons. The ship can carry nearly 5,500 passenger at double occupancy and the vessel is divided into seven distinct neighborhoods.

Ben Souza
Ben is a world traveler who has visited 42 countries and taken over 50 cruises. His writings have appeared and been cited in various media outlets such as Yahoo News, MSN, NPR, Drudge Report, CNN, Fox, and ABC News. Ben currently resides in Cincinnati, Ohio. Follow Ben on Instagram. Visit Ben Souza on Linkedin. You may email Ben at [email protected]
Cruise NewsHelp Royal Caribbean Find a Godmother for Harmony of the Seas
Previous article
Holland America Line Adds 7th Cruise Ship in Alaska for 2017
Next article
Norwegian Breakaway Cruise Review to Bermuda