Holland America Line is adding a 7th cruise ship in Alaska in 2017 to meet the increasing demand for Alaska summer cruises. 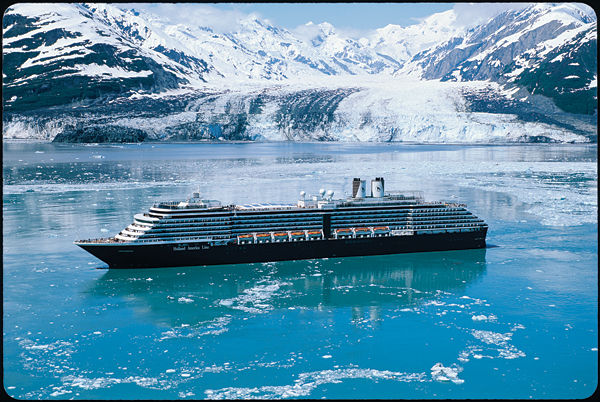 Seven is a lucky number for the cruise line in 2017 as Holland America celebrates its 70th year of exploring Alaska. New in 2017, Eurodam will replace ms Westerdam sailing from Seattle. The addition of another Signature Class ship means more new restaurants and venues will be available for guests to enjoy on Alaska sailings.

Orlando Ashford, President of Holland America Line, gave the following statement: “Our award-winning Alaska cruises are at the heart of our global itineraries, and adding Oosterdam to the region in 2017 will allow even more guests to join in celebrating the exciting milestone of our 70th year in Alaska. As Seattle’s hometown cruise line, we’re thrilled to be sailing three ships from our local home port for the next Alaska season.”

Highlights of the 2017 Alaska cruise season include:

The Land+Sea Journeys combine 3, 4, and 7 day cruise with in-depth land tours to the Yukon and Alaska’s interior.  Land visits include Denali National Park and Dawson City that is located in the heart of Klondike Gold Rush Country.

Oosterdam’s seven-day roundtrip Seattle itineraries will call at Juneau, Sitka and Ketchikan, Alaska; and Victoria, British Columbia, Canada. Guests on board will enjoy scenic cruising in Puget Sound upon departing Seattle, as well as in Stephens Passage and Hubbard Glacier in Alaska.

Every itinerary is highlighted by scenic cruising of Alaska’s Inside Passage and one or more of Alaska’s famous glaciers and fjords. Whether it’s from a private verandah or out on deck, guests are in for a memorable view of Glacier Bay, Hubbard Glacier, Tracy Arm and/or the twin Sawyer Glaciers.