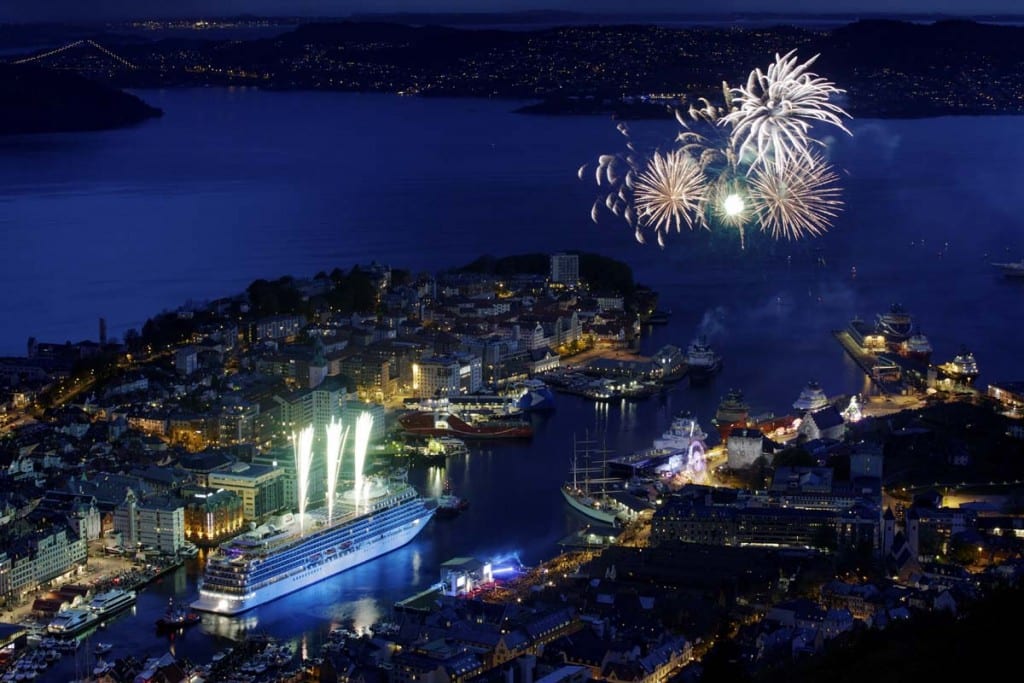 “We believe the arrival of Viking Star signals a new era in destination-focused cruising, and I could not be more proud that she will call my favorite city in the world ‘home’.  This is a ship that was built for exploration and designed with our Scandinavian heritage in mind, and our guests will experience it from the moment they step on board.”

Since the ship’s homeport is in Bergen, mayor Trude Drevland was chosen as the ship’s godmother and offered a blessing of good fortune for the vessel. Christening of new ships is a naval tradition that dates back thousands of years.

The christening ceremony began with a public on concert in front of Bryggen that included Norwegian soprano Sissel, acclaimed violinist Charlie Siem, and the comedy duo Ylvis.  Ylvis performed their hit song The Fox (What does the fox say?).  The Fox was the most watched YouTube video in 2013 (currently has over 514 million views) and was also named viral video of the year.

Viking Ocean Cruises, the first new cruise line in over 10 years, is looking to shake things up starting with three cruise ships.  Viking Sea (2016) and Viking Sky (2017) will follow in the next two years.

Hagen told a group of journalists on board Viking Star that the ultimate goal is a fleet of 10 ocean cruise ships.  The cruise line currently has an option for an additional two cruise ships after the first three are built.

Viking Ocean Cruises goal is to put passengers first, by listening to what they want to give them the best cruise experience.  Included in each passenger’s fare is an excursion in every port, WiFi, thermal suite, self service laundry, 24 hour room service, and specialty restaurants giving Viking unparalleled value compares to other cruise lines.