The Norwegian Breakaway had to be towed back to port in New York City on Sunday morning after the cruise ship developed propulsion and steering problems according to the U.S. Coast Guard. 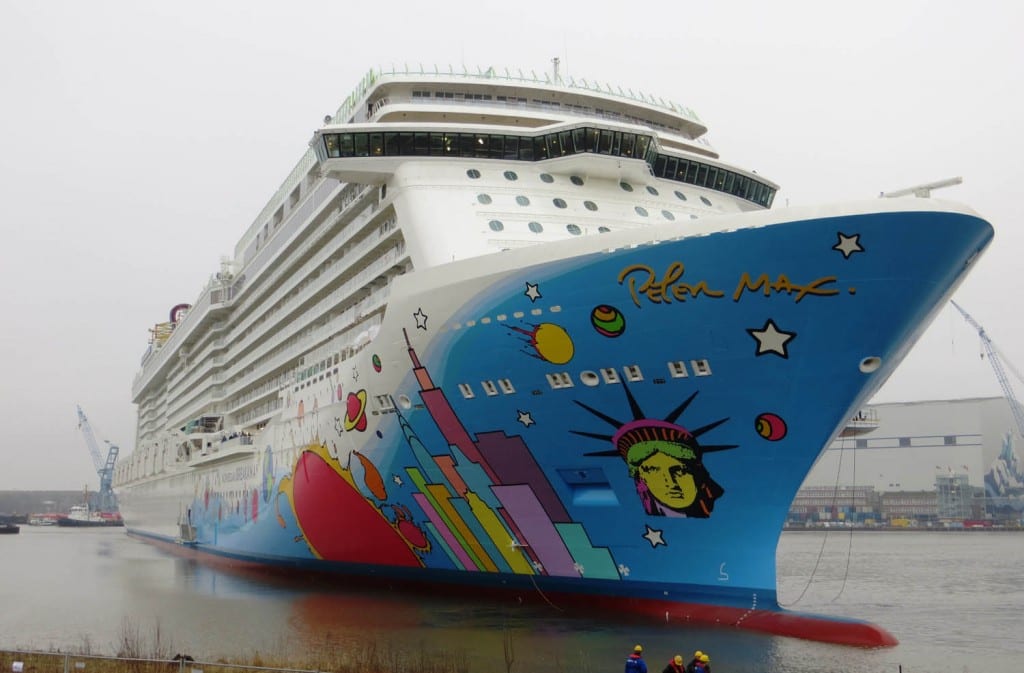 The Breakaway was returning from a 7 night cruise to Florida and the Bahamas when the ship was moored for 3 hours.  The U.S. Coast Guard towed the vessel up the Hudson River back to the ship’s dock in Manhattan.

The cruise line said that a malfunction with the ship’s side thrusters combined with strong currents in the Hudson River are the reasons for the delay.

The ship was able to dock at 10 a.m. Sunday morning and is scheduled to leave for a 7 night cruise to Bermuda on Sunday afternoon.  Marine investigators are currently inspecting the Breakaway.

Norwegian does not believe that the problem will affect future sailings including the May 4, 2014 departure.

There were 4,500 passengers and 1,600 crew members onboard the Norwegian Breakaway when the ship developed the propulsion problems.

The Breakaway was christened one year ago this week on May 8, 2013 and was the first of Norwegian’s Breakaway class ships.  Norwegian had planned a special 1 year birthday party for the Breakaway.

Cruise Fever will continue to monitor the Norwegian Breakaway and will update this page when/if more information becomes available.