The Carnival Breeze was voted favorite cruise ship in the 2015 Cruise Fever Cruise Ship Challenge beating out Royal Caribbean’s newest cruise ship, Quantum of the Seas, in the final round. 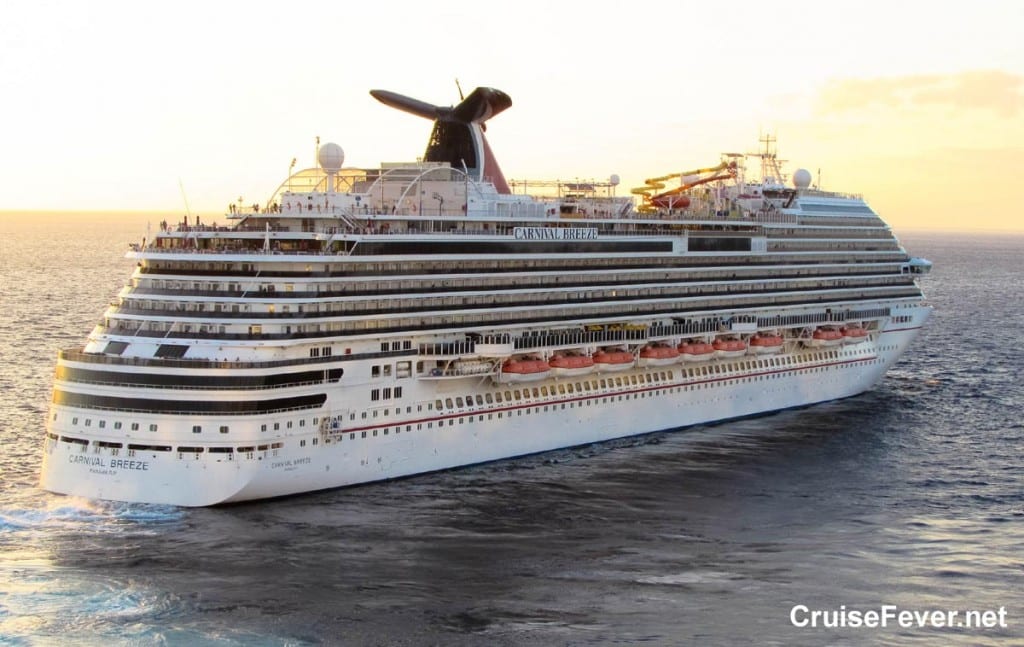 The challenge started out with 16 of the best cruise ships from the mainstream cruise lines with only one ship chosen from each class.  Over 8,000 votes were cast on CruiseFever.net in the four rounds of voting over the past few weeks.

All three Royal Caribbean ships in the challenge advanced to the final 4.  Quantum of the Seas, billed as the world’s first smartship, finished runner up in the voting.  The ship debuted in November 2014 and brought several new technological advancements to the cruise industry such as robot bartenders, a sky diving simulator, drastically increased internet speeds, and the incredible Two70 lounge.

The Carnival Breeze is a Dream-class cruise ship that entered service in 2012.  The 130,000 gross tons vessel is not only the newest Carnival cruise ship, but is also the largest cruise ship in Carnival’s fleet and can hold nearly 5,000 passengers and crew members.  The Carnival Breeze currently sails to the Eastern and Western Caribbean out of Miami, Florida.  Carnival Cruise Lines recently announced that the ship will be moving to Galveston, Texas in 2016. 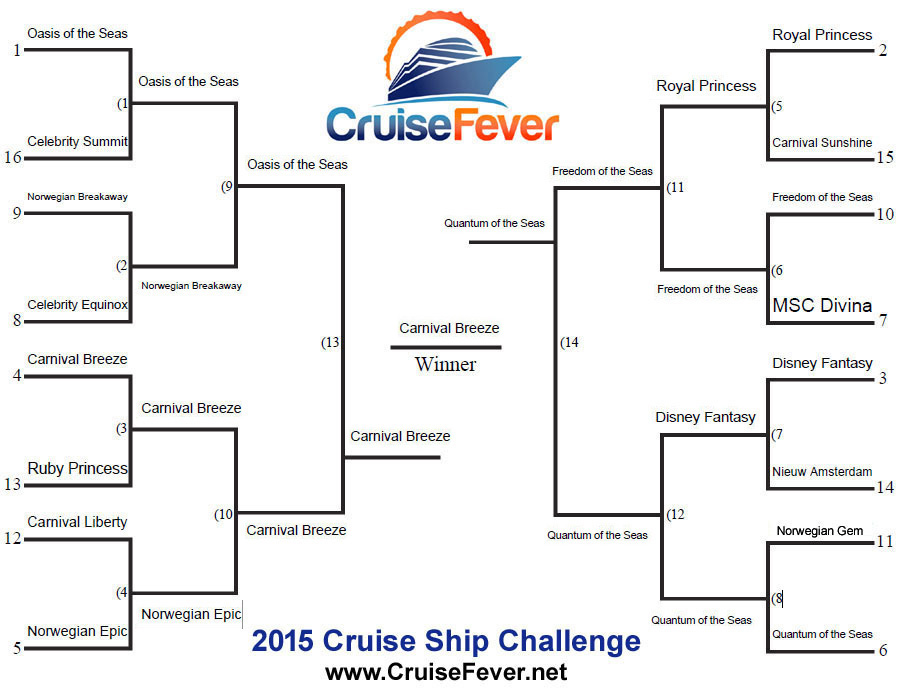