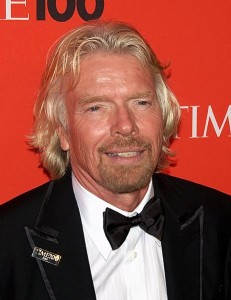 Richard Branson, one of the world’s leading businessmen and investors, is reportedly in talks with Abu Dhabi entities to raise $1.7 billon to start a cruise line.  The Virgin cruise ships would be aimed at younger people who do not cruise.

Branson told The National, “We are looking at a very different kind of cruise company. We’re trying to create the kind of cruise ship that would be attractive to the kind of people who would never consider a cruise at the moment.”

Branson is best known for starting Virgin Records in 1972, Virgin Atlantic Airways in 1994, Virgin Mobile in 1999, and the first of its kind in space tourism Virgin Galactic in 2004.

The $1.7 billion would be used to create a new cruise line starting with 2 cruise ships, one that will serve the popular Caribbean market and the other the Mediterranean.  The cruise ships would be new vessels, not refurbished ones purchased from a current cruise line.  Eventually, Brandon would like to expand into the Gulf market.

The cruise line would offer a wider variety of entertainment and leisure options while adding the Virgin touch to staterooms.

How long until you can book a cruise on Virgin Cruises?  If everything goes as planned, you will be able to embark on one of the two cruise ships starting in 2019.

The cruise line would be based in the cruise capital of the world, Miami, Florida.  The cruise industry currently brings in $37 billion in revenues each year and is rapidly expanding.