Do you dread having to get off the cruise ship at the end of your cruise? Eighty-nine year old Lee Wachtstetter doesn’t have to worry about disembarkation day because for the last 12 years, she has lived on a cruise ship. And now, she is sharing her story of life at sea in a book called “I May Be Homeless, But You Should See My Yacht“. 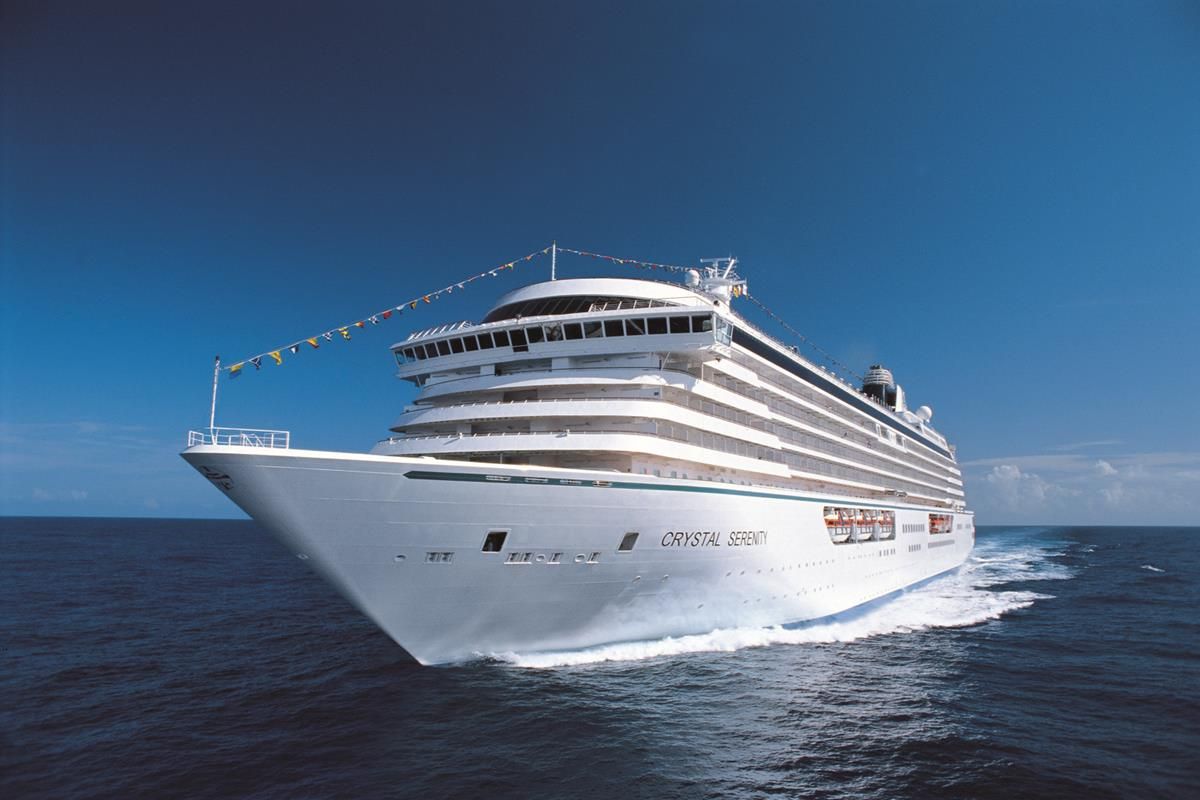 Mama Lee Wachtstetter was married to her husband for 50 years and during their time together, they had taken a whopping 89 cruises. Having worked in the financial sector his entire life, he did well financially and died of cancer in 1997. The day before he passed, he told his wife “Don’t stop cruising”.

After several years of struggling to take care of their home, she sold everything she owned and moved onto a cruise ship. Her home for the past 9 years is Crystal Serenity, a luxury 1,000 passenger cruise ship.  View Prices on Cruises on Crystal Cruises

She has seen it all living on a cruise ship for the past 12 years.  The preface of the book gives a little insight into what she has witnessed during her life at sea: “A cruise ship caught fire in the South China Sea. A tuk-tuk driver “kidnapped” her in Thailand. She has weathered hurricanes, typhoons and even a rogue wave in the Mediterranean. She has witnessed fights in the formal dining room and thievery in the guest laundry. She has sailed from Alaska to Antarctica, from Buenos Aires to Bom Bom Island.”

During her time living on the ship, she has completed more than 400 cruises including an incredible 15 world cruises. Since she has visited many of the ports around the world multiple times, she rarely gets off the ship. She stays on and enjoys the quiet ship to herself.

Crystal Serenity isn’t the first cruise ship she has lived on. Prior to her moving onto Serenity, she spent three years on a Holland America Line ship.

Mama Lee Wachstetter’s book “I May Be Homeless, But You Should See My Yacht” is available on Amazon.com in digital for Kindle and on paperback.  The book is her memoir of what it’s like living on a cruise ship.

If you’ve ever dreamed of living on a cruise ship or wondered what it was like, then this book by Mama Lee Wachstetter will give you insight into life at sea, 365 days a year.  She shares her secrets for cruising through life in this entertaining, informative, and inspirational memoir.

Ben Souza
Ben is a world traveler who has visited 40+ countries and taken over 70 cruises. His writings have appeared and been cited in various media outlets such as Yahoo News, MSN, NPR, Drudge Report, CNN, Fox, and ABC News. Ben currently resides in Cincinnati, Ohio. Follow Ben on Instagram. Visit Ben Souza on Linkedin. You may email Ben at [email protected]
Cruise NewsWoman Who Spends $100,000 a Year to Live on a Cruise Ship...
Previous article
New Cruise Line Ditches Age Limit for Their Cruises
Next article
5 Reasons a Viking River Cruise Might Be for You