Viking’s new ship for the Nile River, Viking Osiris, was christened earlier this week in Egypt. The state-of-the-art ship was built specifically for the Nile River and will sail the cruise line’s bestselling Pharaohs & Pyramids itinerary. 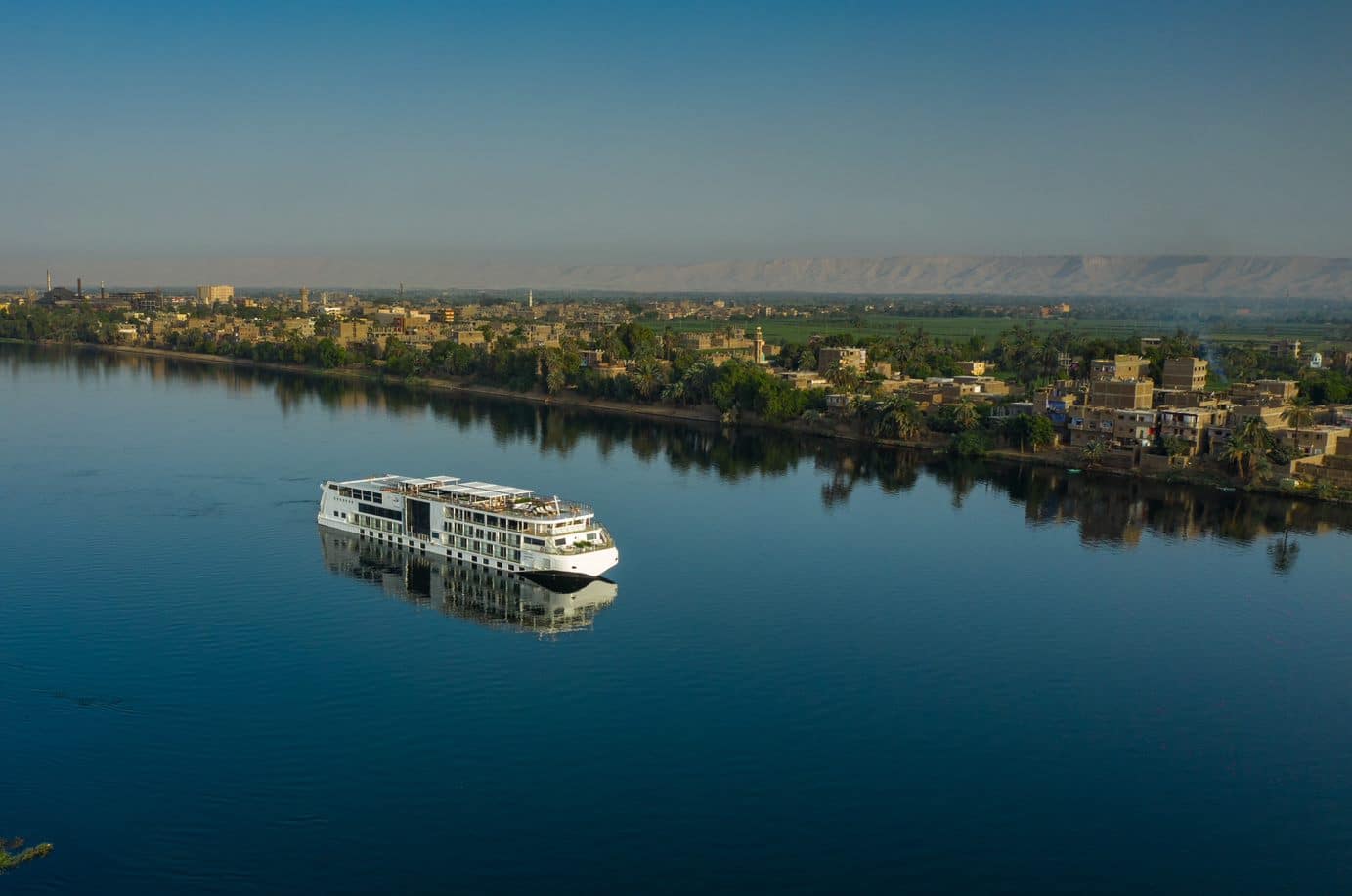 Hosting 82 guests in 41 staterooms, the new, state-of-the-art Viking Osiris is inspired by Viking’s award-winning river and ocean ships with the elegant Scandinavian design for which Viking is known. The ship features several aspects familiar to Viking guests, such as a distinctive square bow and an indoor/outdoor Aquavit Terrace.

The Viking Osiris joins the Viking Ra, which launched in 2018. Additionally, in response to strong demand, the Viking Aton, an identical sister ship to the Viking Osiris, will join the fleet in 2023. During today’s naming event in Luxor, Hagen also announced that two more sister ships, the Viking Hathor and the Viking Sobek, are already under construction and will be delivered in 2024 and 2025, respectively.

The naming of the Viking Osiris comes as Egypt marks several key events this year, including the highly anticipated opening of the new Grand Egyptian Museum outside of Cairo on the Giza Plateau and the 100th anniversary of the discovery of King Tutankhamun’s tomb by the world’s most famous Egyptologist, Howard Carter, and his benefactor and co-explorer, the 5th Earl of Carnarvon.

“Egypt has always drawn curious explorers for its rich history and ancient antiquities, and ever since we first began operating on the Nile River in 2004, our guests continue to be amazed by the country’s many cultural treasures. Today we are pleased to officially welcome the Viking Osiris to our growing fleet on the Nile River, which allows us to welcome even more curious explorers to this incredible destination,” said Torstein Hagen, Chairman of Viking. “During this milestone year for Egypt, we are also very grateful for the continued close friendship with the Carnarvon family, and that Lord Carnarvon has honored us by serving as the first godfather in our history.”

“It is a great honor to be asked to be godfather to the Viking Osiris, one of the most beautiful river vessels to have ever graced the Nile. This is especially the case in the centenary year of my great-grandfather’s discovery of the tomb of the Pharoah Tutankhamun, and no doubt he and my great-grandmother, Lady Almina, would have been delighted to board the Viking Osiris had it been sailing in their day,” said Lord Carnarvon. “The 5th Earl of Carnarvon was one of the great explorers and excavators of his time, and today you may join in his love of the glories of ancient Egypt, all in the exceptional comfort and style of the Viking Osiris.”