For the first time in over 15 months, two cruise ships will depart on the same day for cruises to the Caribbean from Port Everglades. 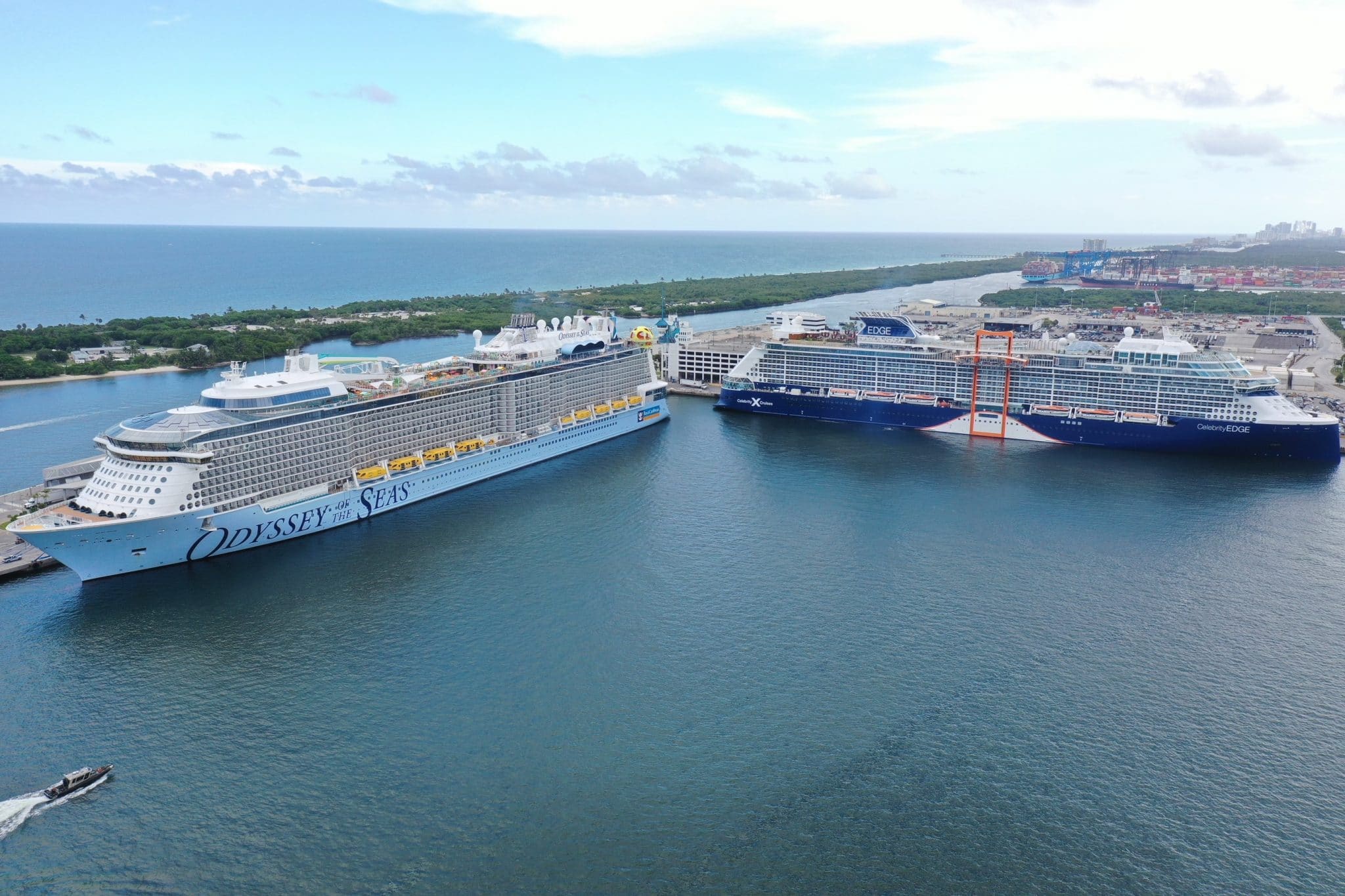 One of the cruise ships, Royal Caribbean’s Odyssey of the Seas, will sail her long awaited maiden voyage today. Joining Odyssey is Celebrity Edge, she sailing her sixth cruise since becoming the first cruise ship to resume cruises from U.S. ports in June.

In addition, Celebrity Equinox is scheduled to sail on its second cruise on Sunday, August 1, for a total of three cruise ships sailing during the off-season summer months.

“It’s starting to look a lot like a cruise port here again,” said Port Everglades Chief Executive and Port Director Jonathan Daniels. “After no passengers or revenue for at least 15 months, and significant job loss, it is a greatly welcome re-start. The cruise lines and the port are doing all they can to enforce safe protocols to continue sailing.”

Cruises generated nearly $60 million in revenue annually at Port Everglades prior to the pandemic.

“The vaccine is a game changer that will inject tourism dollars into our community,” said Broward County Mayor Steve Geller. “Approximately 6,000 local workers have been directly impacted by the cruise shutdown and another 84,000 residents were employed in the local hospitality and tourism industry. Those jobs have been severely impacted by the virus and the pause in cruise travel.”

Port Everglades is one of the busiest cruise ports in the country and nearly four million cruise passengers sail from the port each year.