Carnival Cruise Line invited members of the media and travel advisors to spend the day on their newest and largest cruise ship, Mardi Gras. The Sip & Sea event gave visitors a first look at this incredible new cruise ship from Carnival and also gave them the opportunity to ride the first roller coaster at sea. 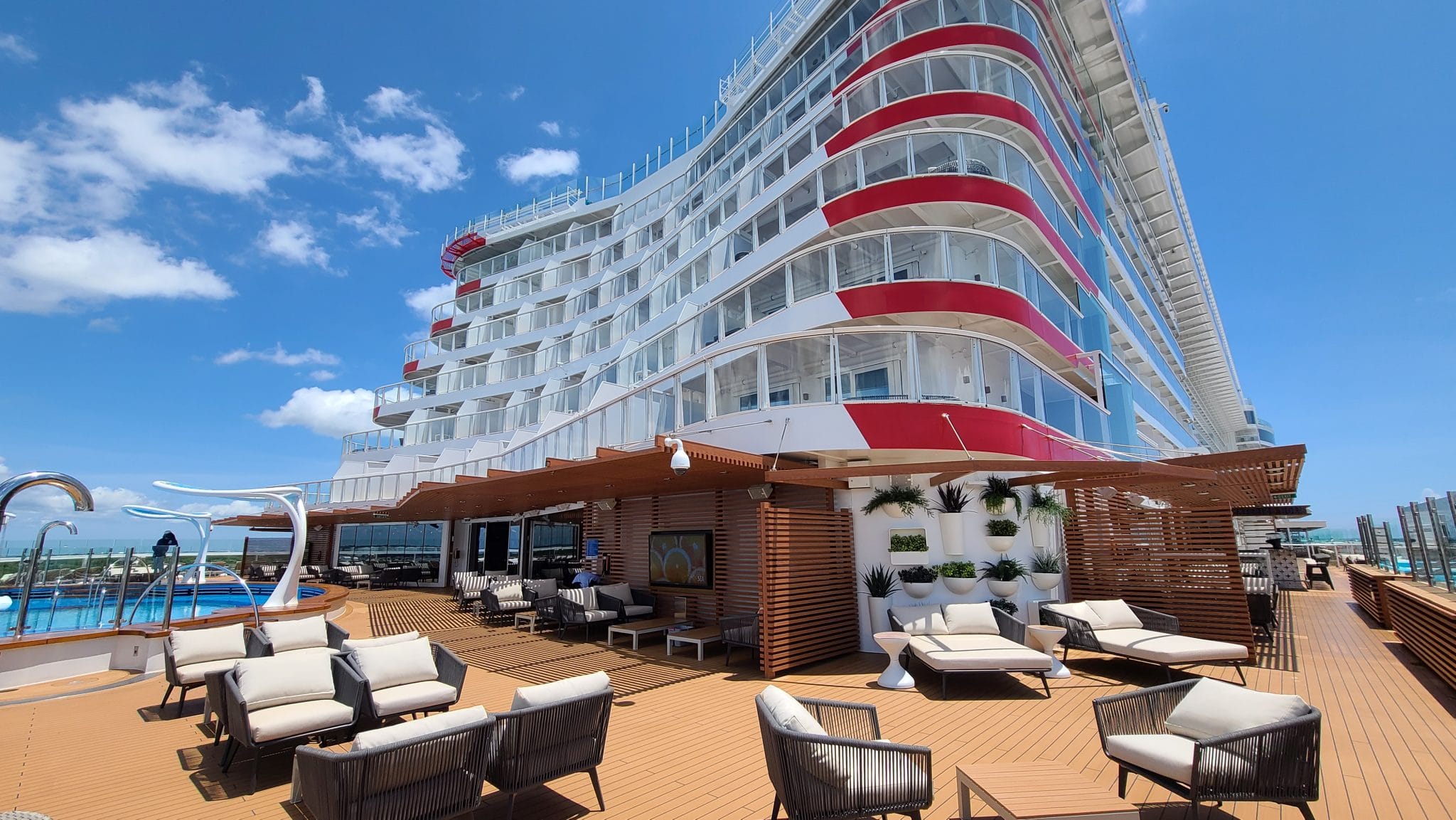 Mardi Gras is Carnival Cruise Line’s largest cruise ship at 180,000 gross tons.  The cruise ship broke the traditional Carnival mold and is unlike any other Carnival ship.

Mardi Gras will make her debut this afternoon when the ship sails for a week long cruise to the Caribbean from Port Canaveral. View Cruises on Mardi Gras

One of the most unique features on Mardi Gras is the atrium that is on the side of the ship instead of being in the middle. During the day, the three story windows will give cruisers a view of the ocean or the port they are visiting. At night, 16 large LED screens transform the atrium for live music and shows.

The most talked about feature on Mardi Gras is BOLT, the world’s first roller coaster on a cruise ship. A ride on BOLT will cost $15 and it travels up to 35 mph. You control your speed around the track giving you a custom trip around the track each time you ride it.

Video of BOLT in action on Mardi Gras:

There are a total of 22 places to get something to eat on Mardi Gras including Emeril’s Bistro 1396, the first shipboard restaurant created famed New Orleans chef Emeril Lagasse, a new international street food venue called Street Eats, and the first seagoing version of Big Chicken by Chief Fun Officer Shaquille O’Neal.

A look at just a few of the many places to eat on @CarnivalCruise Mardi Gras. #ChooseFun pic.twitter.com/pEyoxgu05a

Carnival Cruise Line has updated their shore excursion protocols for unvaccinated guests everyone is now able to explore ports on their own. Up until now,...
Read more

Carnival Cruise Line is teaming up with sister cruise line Costa Cruises to create a new concept on two cruise ships that will sail...
Read more