The Viking Cruises Difference Starts with the Crew

The staff on a cruise can take a good trip and turn it into one you’ll never forget.  That has never been more evident than on our current 14 night cruise to the Midnight Sun on Viking Sky. 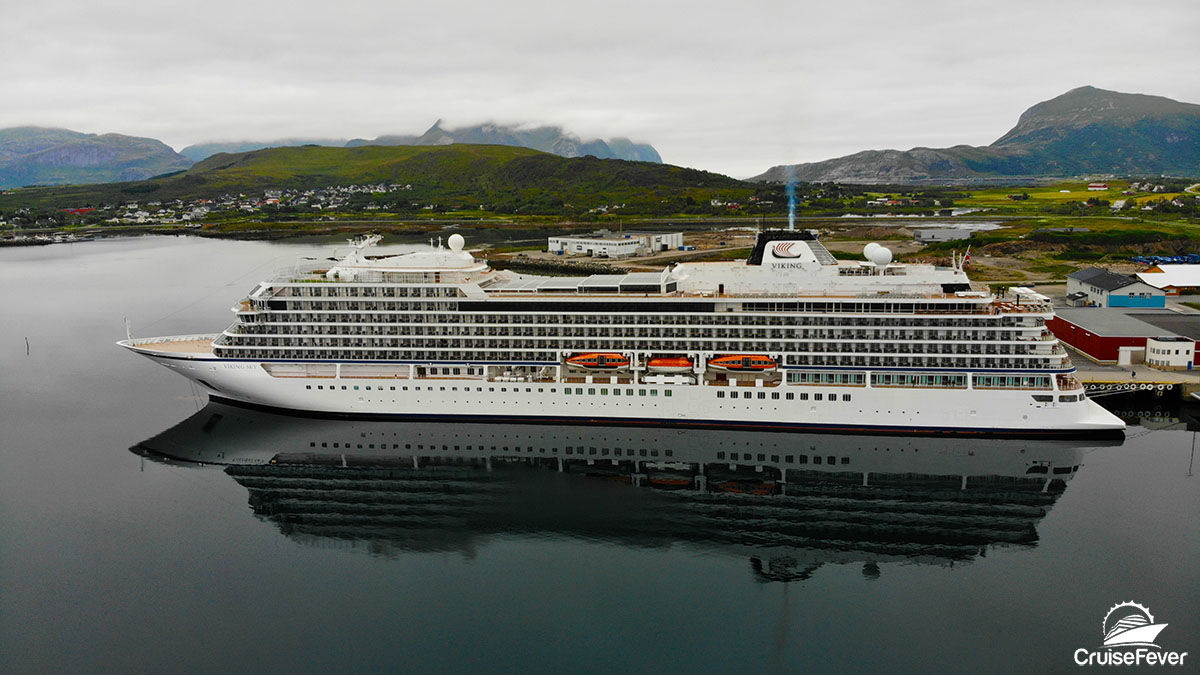 While the cruise so far has been spectacular (more on that later), there are four things the crew has done on board that has blown me away.  Besides the great service and friendly smiles, here is how the staff on Viking Sky have set themselves apart from the dozens and dozens of cruises that I have previously taken.

On the first day of the cruise, we were having lunch in the World Cafe (the buffet on board).  A crew member came over to take our empty dishes and glasses and asked us if we needed anything.  We told him that we were fine as my wife just had a cup of pudding to eat for dessert.

He then noticed that she just had a fork and asked if he could get her a spoon for her pudding, as she had forgotten to grab one.  We didn’t say anything about needing one, he took the initiative to see if there was anyway he could help. It was an incredible first impression for our cruise.  However, the incredible service didn’t just stop there.

One evening, I needed to get some work done so I grabbed a Coke from my mini fridge (it’s complimentary and gets refilled every day) and headed to the pool deck with my laptop.  They were getting ready to have live music so a few crew members were going around asking for drink orders.

I was asked if I wanted anything to drink and said,  “No thank you” as I was all set.  The man then looked at me and said, “Can I get you a glass of ice for your Coke?”.  On all of my cruises, I have never have a crew member go out of his way to help me with a drink I had brought with me.  This has happened twice so far this cruise where I was asked if I would like a glass of ice to go with the Coke that I brought with me.

These two instances were when the staff didn’t just take my word that I didn’t need anything, but they specifically looked for a way to help and serve. This just doesn’t happen on most cruise lines.  It’s these little things that sets the staff on Viking cruise ships apart from other cruise lines.

We all know how busy the staff can be during lunch at the buffet.  We noticed our waiter Hector from Manfredi’s (the incredible specialty Italian restaurant on the ship) was assisting tables nearby.

After saying hello, we asked him about an appetizer we had several days before for dinner.  He stopped what he was doing and and spent time telling us the ingredients and how to make it.  I have never appreciated the staff on a cruise more than this current one.  They are simply phenomenal.

From Maria in the main dining room to I Made and Doods serving drinks, this is by far the best staff I’ve ever had on a cruise.

Even though this is the first Viking cruise that I have taken in 18 months, I have had at least five different crew members come up to me to say hello because they remembered me from one of my previous cruises with Viking.   That is the Viking difference!

It all starts at the top, I have never seen a captain more visible than here on Viking Sky.  Just today, I must have ran into him at least five times all around the ship.

Also, Sujith is the most hands on hotel manager I’ve seen on a cruise ship.  We were privileged to sail with him last year on Viking Sea and he is always around the ship assisting passengers in any way he can.

We are currently passing some gorgeous mountains as we sail through the fjords of Norway.  I’m going to take that as a sign to go out on deck and enjoy God’s creation.

We’ll soon have more about this spectacular cruise to the Arctic Circle and the Midnight Sun.  However, this is a cruise you’ll want to take so do yourself a favor and add it to your bucket list.