Royal Caribbean’s Symphony of the Seas, the largest cruise ship ever built, is nearing completion and will make her debut next month. 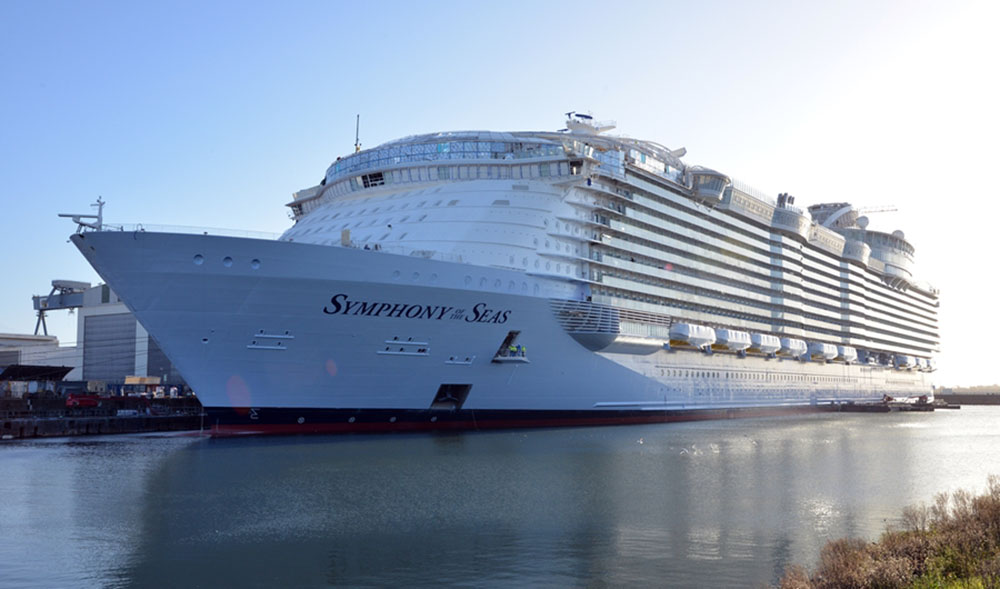 At 230,000 gross tons, Symphony of the Seas will be almost 5 times larger than the Titanic and will carry nearly 9,000 passengers and crew members.  The cruise ship will be divided into seven neighborhoods: Boardwalk, Central Park, Royal Promenade, Entertainment Place, Pool and Sports Zone, Youth Zone, and Vitality at Sea Spa and Fitness Center.

New dining concepts and family activities, awe-inspiring theater, aerial, ice and aqua entertainment, and the most dynamic suite in family travel will join the lineup of Royal Caribbean exclusives – such as the robot bartenders at the Bionic Bar, powered by Makr Shakr; the iconic AquaTheater showcasing unrivaled high-flying, high-diving performances; and the Ultimate Abyss, the tallest slide at sea – for a thrilling crescendo of diverse experiences, all set in the unique seven-neighborhood concept of the award-winning Oasis-class ships.

The ship is scheduled to debut on March 31, 2018 and after a season of sailing in the Mediterranean, Symphony of the Seas will head to the Cruise Capital of the World, PortMiami.  Once in Miami, the vessel will sail week long cruises to the Western and Eastern Caribbean.

Royal Caribbean has released the following construction photos of the ship in the shipyard. 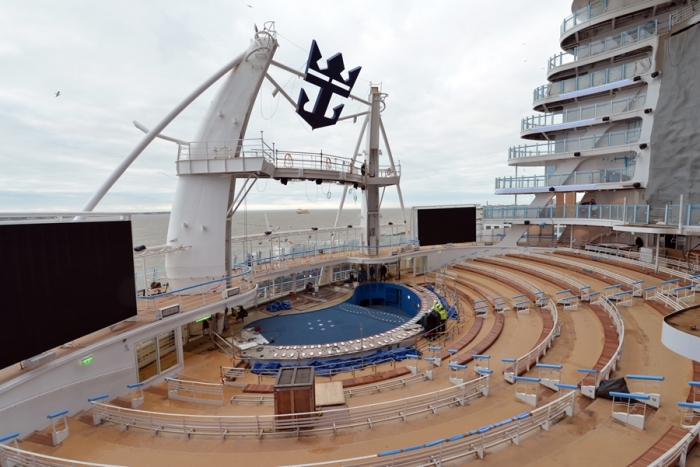 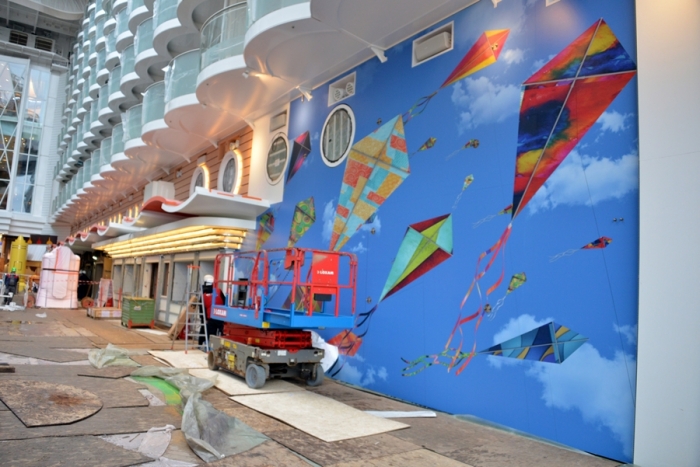 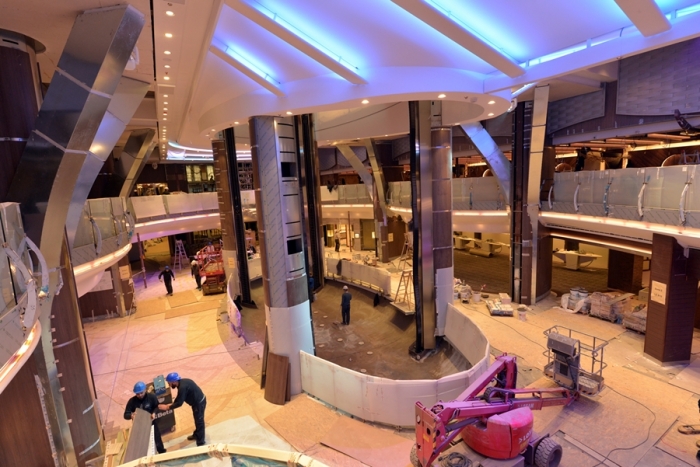 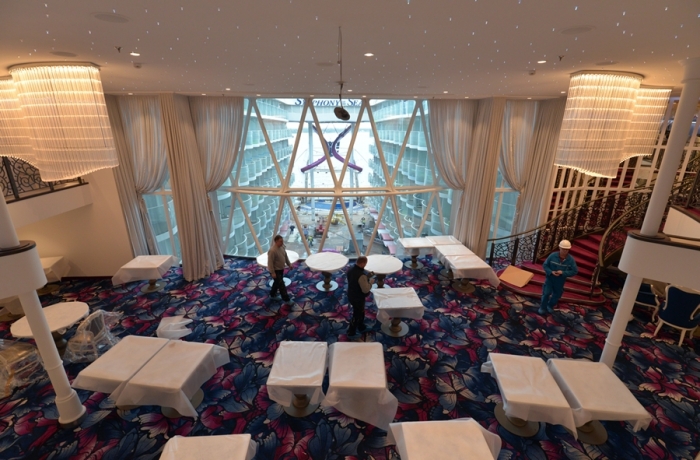 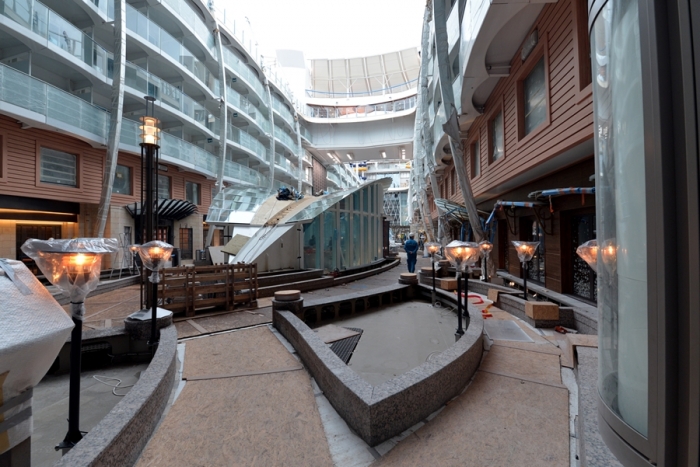 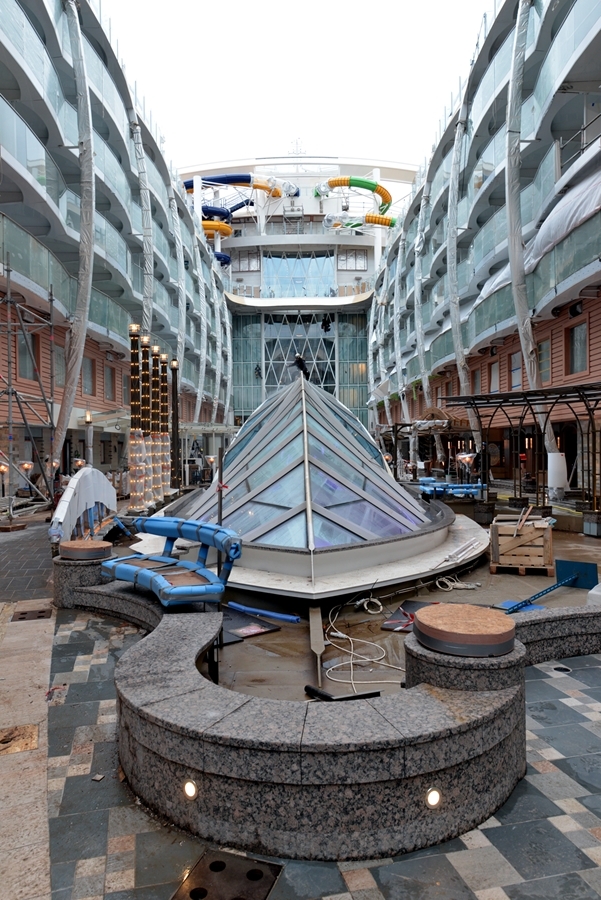 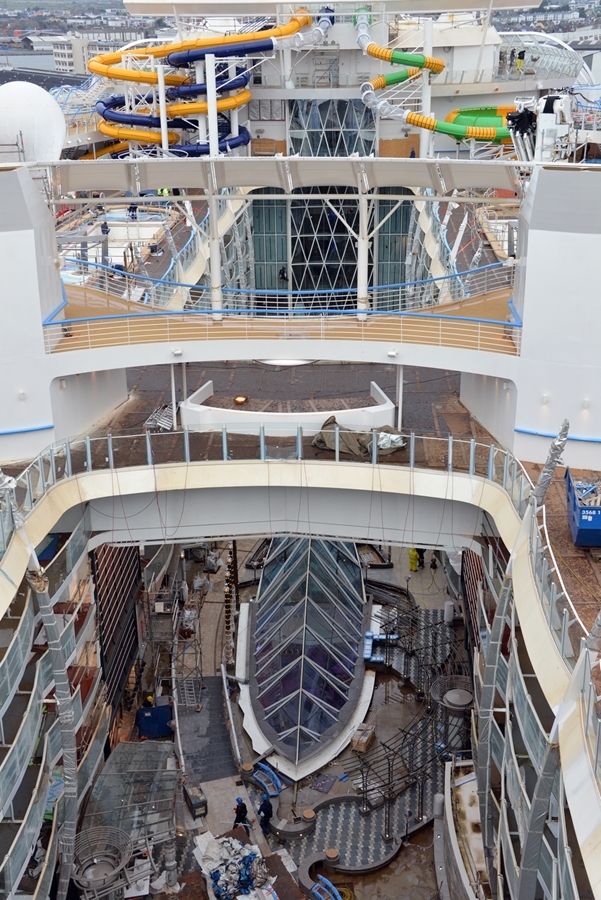 Previously Released Photographs of Symphony of the Seas 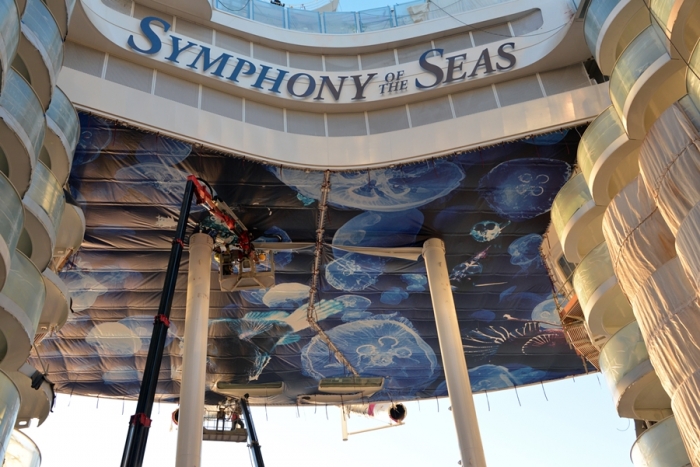 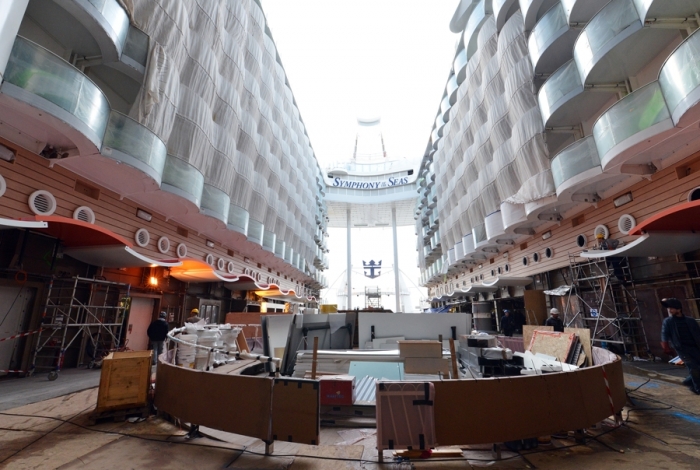 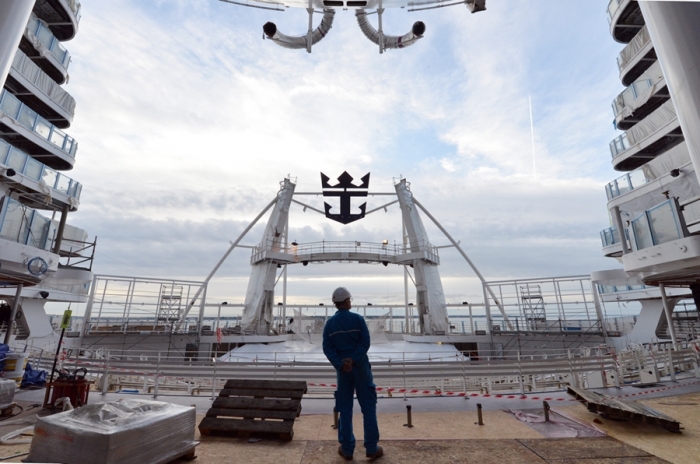 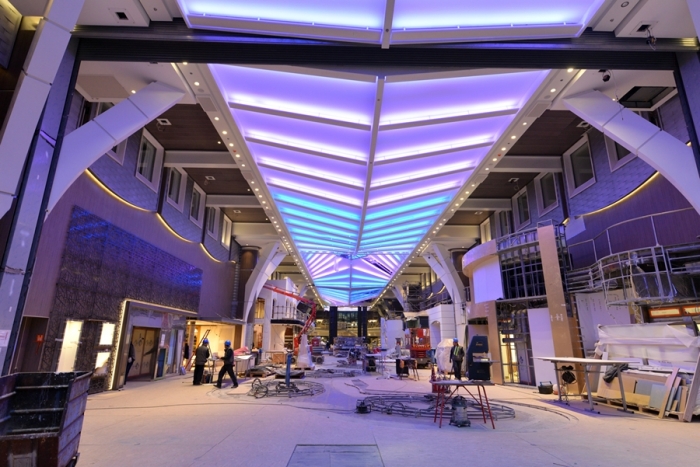 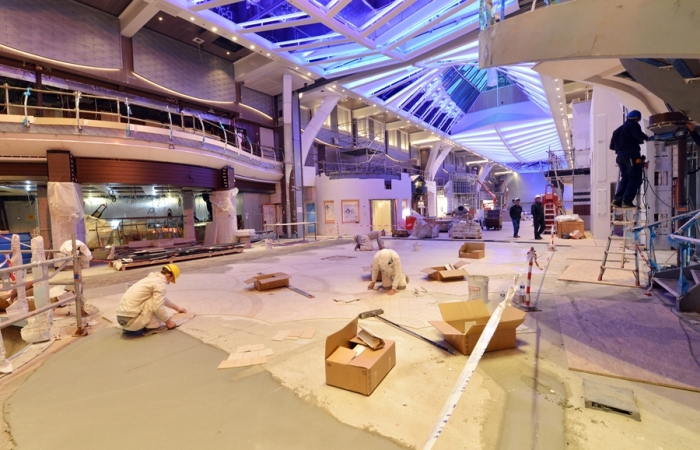 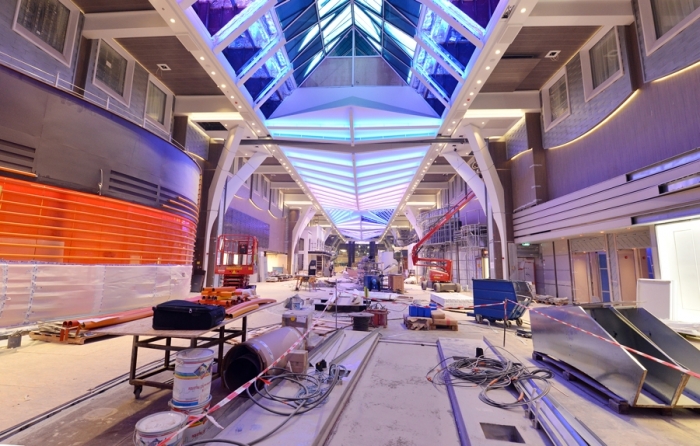 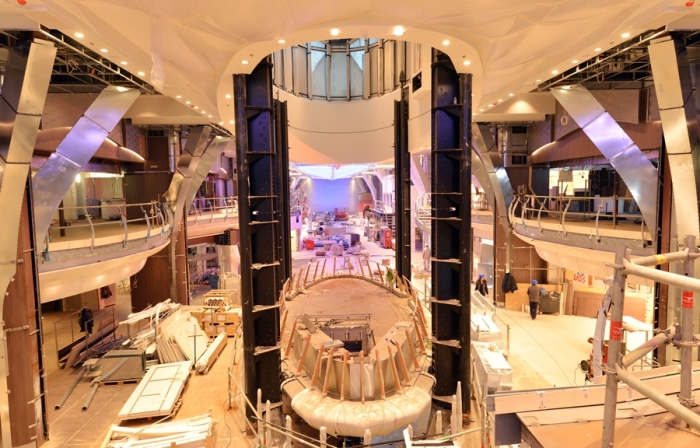 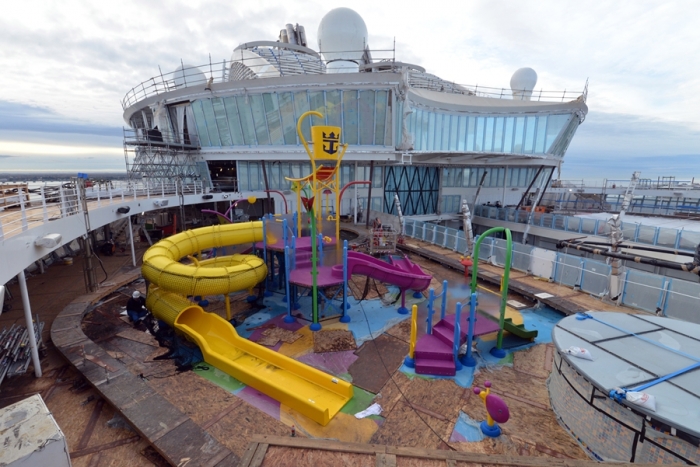 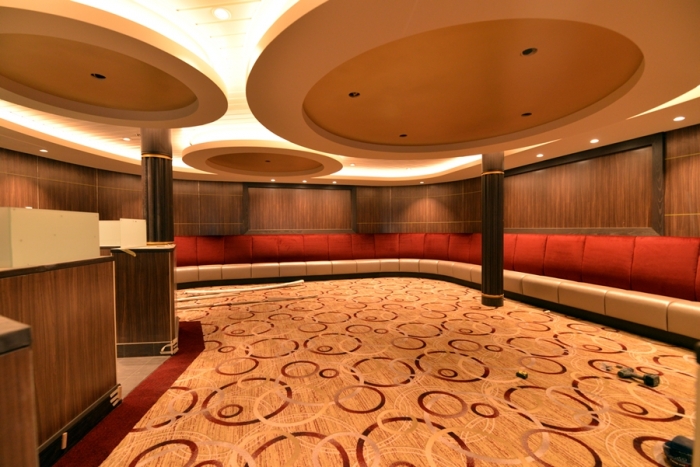 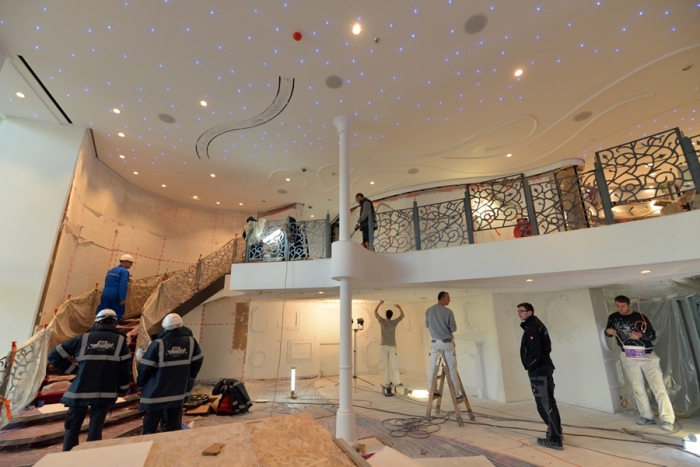 Ben Souza
Ben is a world traveler who has visited 40+ countries and taken over 70 cruises. His writings have appeared and been cited in various media outlets such as Yahoo News, MSN, NPR, Drudge Report, CNN, Fox, and ABC News. Ben currently resides in Cincinnati, Ohio. Follow Ben on Instagram. Visit Ben Souza on Linkedin. You may email Ben at [email protected]
Cruise NewsLargest Cruise Ship Ever Built Nears Completion, Debuts Next Month
Previous article
Best Credit Cards For Cruises
Next article
5 Things You Should Not Do On A Cruise